During the hearing Thursday, the bench wondered whether the conclusions of the Pandey Committee, which agreed with the Rs 8 lakh annual income limit for EWS quota, was an exercise “to justify” the income ceiling. 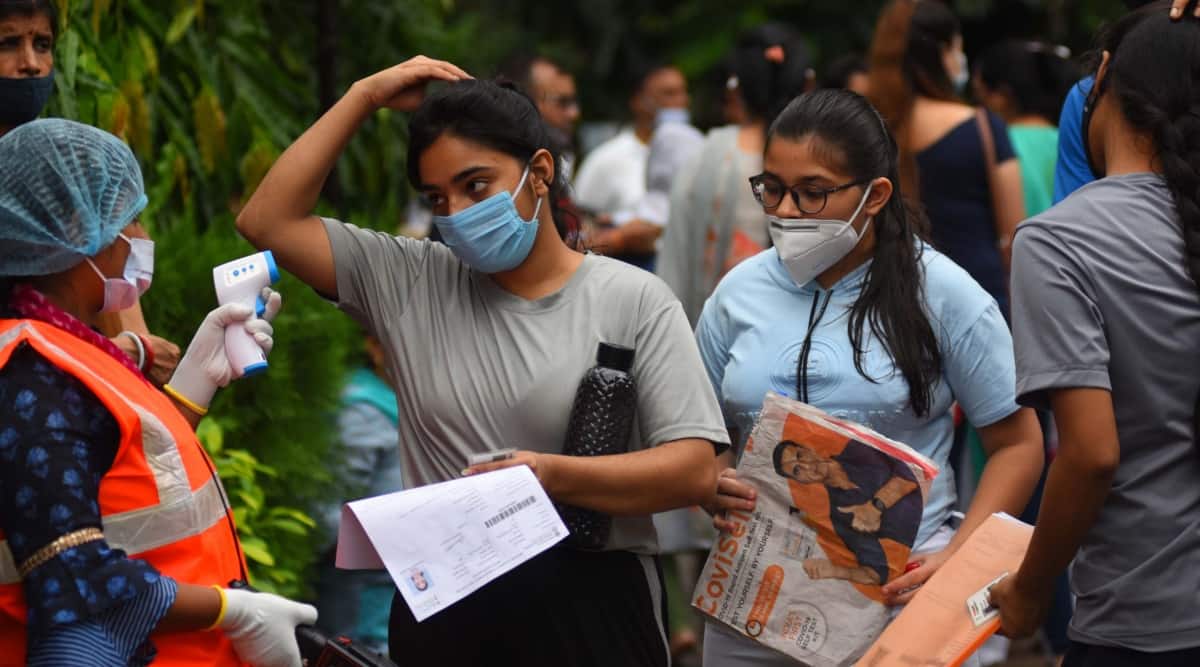 Supreme Court will on Friday pronounce its order on petitions challenging the July 29, 2021 notification of Medical Counseling Committee providing 27 per cent reservation for OBCs and 10 per cent quota to the EWS category in the NEET-PG (All India Quota).

A two-judge bench of Justices D Y Chandrachud and A S Bopanna concluded hearing on the matter on Thursday and reserved its verdict.

During the hearing, the bench wondered whether the conclusions of the Ajay Bhushan Pandey Committee report, which agreed with the Rs 8 lakh annual income limit for EWS quota, was an exercise “to justify” the income ceiling.

“It appears they have really tried their best as a Committee to justify post-facto the Rs 8 lakh limit,” Justice Chandradhud said as Solicitor General Tushar Mehta, appearing for the Centre, sought to explain how the Pandey Committee had gone into the finer aspects of the question and arrived at its conclusions.

The Ajay Bhushan Pandey Committee, also comprising Member Secretary ICSSR V K Malhotra and Principal Economic Advisor Sanjeev Sanyal, was set up to analyse feasibility of the Rs 8 lakh limit after the SC in previous hearings sought to know what exercise was undertaken before fixing the limit. The committee recommended to retain the Rs 8 lakh limit for NEET-PG (AIQ) for the current admission cycle and to adopt recommendations on how to apply the income limit from the next admission cycle.

Counseling for the NEET-PG has remained suspended due to the pendency of the petitions.

Reserving its judgment in the matter, the bench also remarked that “we must start counseling in national interest”.

The court also questioned the government on its January 17, 2019 office memorandum prescribing the Rs 8 lakh limit, pointing out that it came just a few days after the Constitution 103rd Amendment that introduced the EWS quota.

Justice Chandrachud said, “The 103rd Amendment came on January 14, 2019 and on January 17, 2019 this notification came. So in those few days this consultation with the Ministry of Social Justice was over?”

Mehta then referred to the report of the Major General S R Sinho Commission and said that some of the major recommendations which form part of the present regime were decided much before the present government.

The Centre had earlier told the court that the Commission set up in 2005 had in its report of July 2010 arrived at various conclusions, including that the criteria to identify creamy layer amongst OBCs, and that this could well serve as a basis to decide the upper limit or as a criterion for identifying EBC families amongst the General Category as well.

Mehta termed as “incorrect” the petitioner’s contention that the Pandey Committee rejected the Sinho Commission report and added that both the studies by Pandey and Sinho panels had the same target to be considered but came up with varied conclusions. “Any strait jacket rule would not give the intended result,” he said.

Appearing for the petitioners, Senior Advocate Arvind Datar argued that a better criteria would have been to fix it at Rs 2.5 lakh – in terms of the Sinho Committee recommendations – up to which there is no income tax liability.
Mehta said the Rs 8 lakh was not individual but family income. He also defended the decision to provide the OBC reservation, saying it was nothing new but only continuation of the existing reservation policies.

Denying charges that the government changed rules after the game had started, he said the declared position was that the candidates will be informed about the position of reservation when the counseling starts.

“What was the position when this July 29 notification was issued? It was not the first time the central government introduced such reservation. There is an act called Central Educational Institutes (Reservation in admissions) Act 2006. This concerns OBC reservation,” he said.

“Reservation can be made to uplift weaker sections of society in institutions run or aided by the central government. Right from 2006, the Central Educational Institutes had 27% reservation in all India quota…”