In Khandra, a village of 2,000, everyone has a Neeraj story

From being a red balloon on Google Maps, the village transported itself on to the Olympics map. It was the moment under the sun for the village on the Panipat-Jind border, with a population of barely 2,000 — mostly farmers. 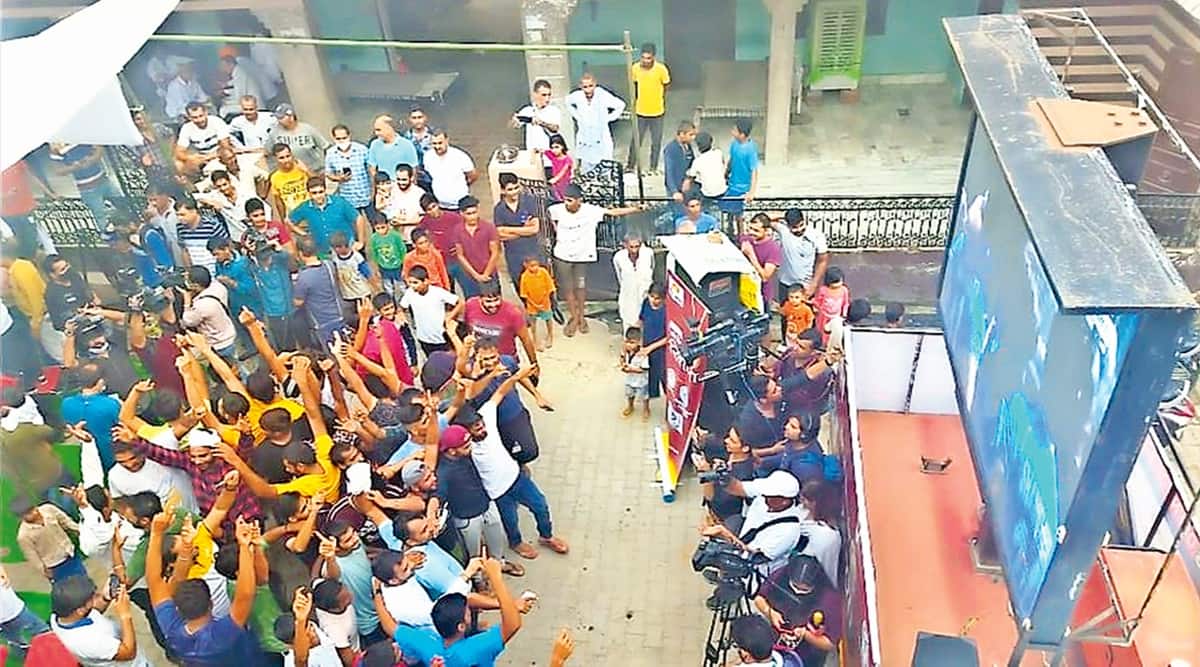 As the Czech Jakub Vadlejch’s final throw went awfully wide and landed way off Neeraj Chopra’s mark of 87.58 metres, Khandra, a sketchy village near Panipat, far away from Tokyo, went delirious with joy. From being a red balloon on Google Maps, the village transported itself on to the Olympics map. It was the moment under the sun for the village on the Panipat-Jind border, with a population of barely 2,000 — mostly farmers.

The nation’s eyes converged on this speck of land, a thousand cameras panned their eyes, and a million tongues twirled to get the perfect pronunciation. The village witnessed the chaos of a city — at least 20 media vehicles choked the street leading to the giant screen that was showing the Olympics live.

Neeraj’s mother Saroj, a woman of few words, said she had never seen such fanfare in the village. Neeraj’s first coach Jaiveer was at the courtyard of Chopras’ newly-built home. Known for his shy demeanour, he made a hasty retreat as the camerapersons sought to turn their attention on him.

Neeraj’s uncle Bhim Chopra, whose hands were shivering in nervous excitement during the event, took one for the team. He said, “This is the result of years of sacrifice. We as a family did everything to help him do well in the sport. I am really proud of what our son has done today.”

Since early morning, roads leading to Khandra had special white markers on them. No matter from which side you entered the village on Saturday, the arrows led you to the action — where a huge screen to show the javelin throw final had been set up. Villagers gathered hours before the final, with children staking claim to the front rows. Excited cheers went up for poor throws by Neeraj’s opponents.

After every throw, TV reporters took turns to take a video bite from the family. As Germany’s Johannes Vetter appeared on the screen, a youngster yelled: “Yahi hai woh!” Khandar had done its homework well, they knew Vetter was the thrower to beat.

While Neeraj was making his throws in Tokyo, members of his family, especially his uncle Bhim, were giving interviews. The most asked question was, “Kaisa lag raha hai? (How are you feeling?)” It’s not hard to guess what the family’s response would have been.

A 16-km drive from Panipat on the Assandh road where a theka (liquor store) can be spotted every 500 metres, is Khandra. The village, which is home to nearly 500 families, doesn’t have a playground, a stadium, or even a gym. Youngsters either work on the sprawling fields or move to cities to earn a livelihood. The closest, run-down gym is about 6 km away.

It was mayhem at the Chopra household — crackers were burst, sweets were disturbed, dhols pounded heavily, songs of joy sung out aloud, feet tapped the floor to the tunes of bhangra and Hindi pop songs, in no particular rhyme or rhythm. It didn’t matter; it was a day when nothing mattered except for the gold their chhora (boy) had won miles away in Tokyo.

Everyone in the village has a Neeraj story that they tell with unadulterated affection, as though he was their own son or brother. Like the one about his nickname, Sarpanch (village chief); it’s a story that Neeraj’s uncle Bhim never tires of narrating.

One day, the story goes, Neeraj’s father gifted him a sparkling white new kurta, which he proudly wore to class. So crisp and stately was the kurta that his friends began to call him ‘Sarpanch’, a name that has stuck to him ever since. As Bhim speaks, those around him guffaw loudly.

His uncle Sultan has another story. A young Neeraj had burned the kitchen down while trying to swat away bees that were buzzing over ghee, goes the story. Sultan says Neeraj was an “over-pampered boy” — “He wasn’t allowed to do any household chores. We didn’t send him to work in the fields. He was the first kid in our family and he was like a doll for us.” That kid, yet another story goes, had once tied the tail of a cow in a knot.

Being the eldest child in a joint family of 17 members meant that his doting grandmother guaranteed he got the lion’s share of malai, makkhan and doodh (cream, butter, and milk). Neeraj would never say no to another generous helping. He put on a lot of weight, and the family enrolled him at a gym. And the rest, as they say, is history.

The profile of the village will now change, but Neeraj will not fall into the trappings of stardom, says the family. “For us, he will always remain a child. Whenever he comes, we try to make sure that we don’t praise him much because we don’t want his success to go to his head. Even now if he comes, you’ll find him working in the fields,” says father Satish.

It sometimes takes a village to raise a champion. Now is the time to relish the fruits of labour.

Pandemic: Beyond the economy