Navy will be Aatmanirbhar by 2047, aim is to find made-in-India solutions for security requirements: Navy Chief

During an event in New Delhi held on the occasion of Navy Week, Admiral Hari Kumar said that the aim of the Navy is finding "Made-In-India security solutions” for the country. 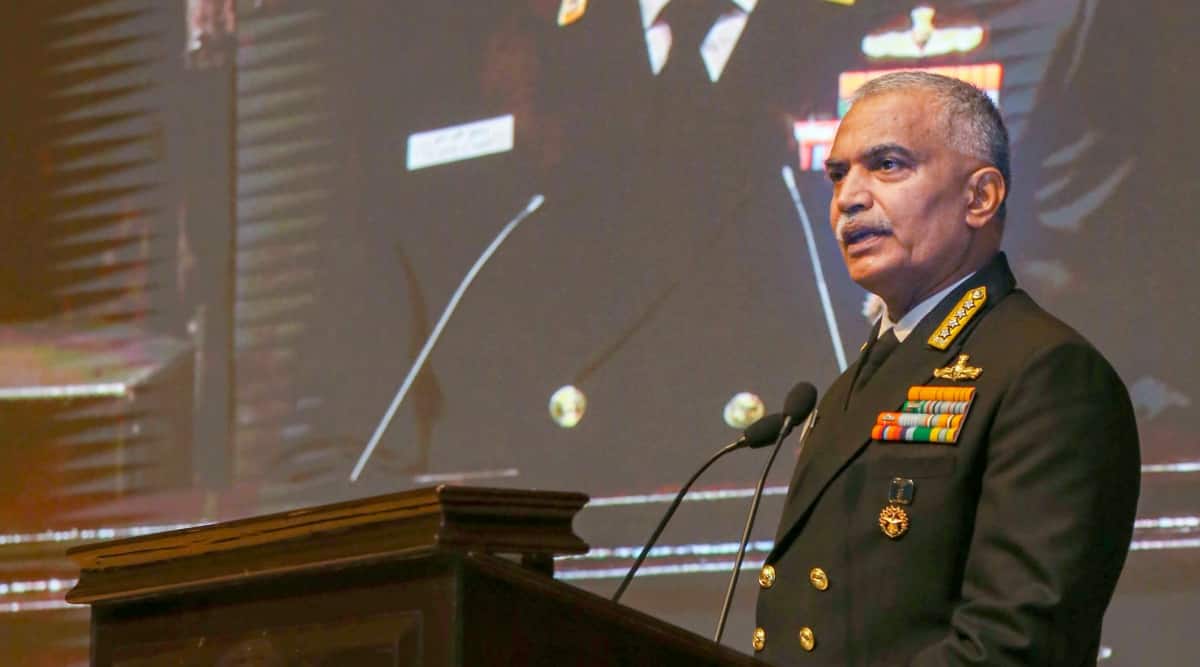 Navy Chief Admiral R Hari Kumar Saturday said that the Indian Navy had assured the government it will become ‘Aatmanirbhar’ by 2047. “Recent global events such as Ukraine conflict demonstrated that we can’t remain dependent on others for our security requirements,” the Navy Chief explained.

During an event in New Delhi held on the occasion of Navy Week, Admiral Hari Kumar said that the aim of the Navy is finding “Made-In-India security solutions” for the country. “The government has given us clear guidelines on Atmanirbhar Bharat. We have given assurances that the Indian Navy will become Aatmanirbhar by 2047,” the Navy Chief said.

He called the recent commissioning of the indigenous aircraft carrier, INS Vikrant, a “landmark event for the Indian Navy” and “torch bearer of atmanirbharta”.

“There are very few countries that have the capability to make an aircraft carrier and we now form one of the elite,” he said. “It inspires self-confidence among us and it’s a shining symbol of our indigenous capability. It has contributed to enhancing the stature of the nation in the world. I’m sure Vikrant will proudly fly the Tiranga across the wide reaches of Indo-Pacific in years to come.”

Admiral Hari Kumar said that the Navy is keeping a “close watch” on Chinese ships and fishing vessels operating in the Indian Ocean region. “Nearly 60 odd other extra-regional forces are always present in Indian Ocean Region. We’re aware it’s a vital region where there’s large amount of trade which transits, energy flows which happen. Our job is to see that India’s interests in maritime domain are protected,” he said.

Speaking about the recent recruitment drives held under the Agnipath scheme, which was launched this year, Admiral Hari Kumar said that 3,000 agniveers have joined the Navy so far, of whom about 341 are women. “Come next year, we are looking a women officers being inducted across all branches and not just the 7-8 branches they’re restricted to as of today,” he said. “They’ll be deployed on ships, airbases, aircraft. They will be trained for everything the way a normal sailor is trained. There is going to be no difference in training. We’re looking at being a gender-neutral force where we only look at capability of the individual.”

Reflecting on the previous year, he said the Indian Navy achieved a very high operational tempo. “There has been greater emphasis on the criticality of maritime security as India marches ahead,” he went on to say.

(With PTI and ANI inputs)