Naroda Patiya case verdict: Maya Kodnani, who was held as the ‘kingpin’ of the riots, has been found not guilty by a division bench of the Gujarat High Court. (Express Photo/Javed Raja/File)

A division bench of the Gujarat High Court on Friday acquitted former BJP minister Maya Kodnani in the Naroda Patiya massacre case. She was convicted and sentenced to life imprisonment by a trial court for inciting a mob to exact revenge for the deaths of kar sevaks killed in the Godhra train carnage in 2002. The court was hearing 11 appeal petitions moved by the convicts, the Supreme Court-appointed Special Investigation Team (SIT) and the families of the victims of the riots.

Also read | The Maya Kodnani files: What is the Naroda Patiya case? What is she accused of? 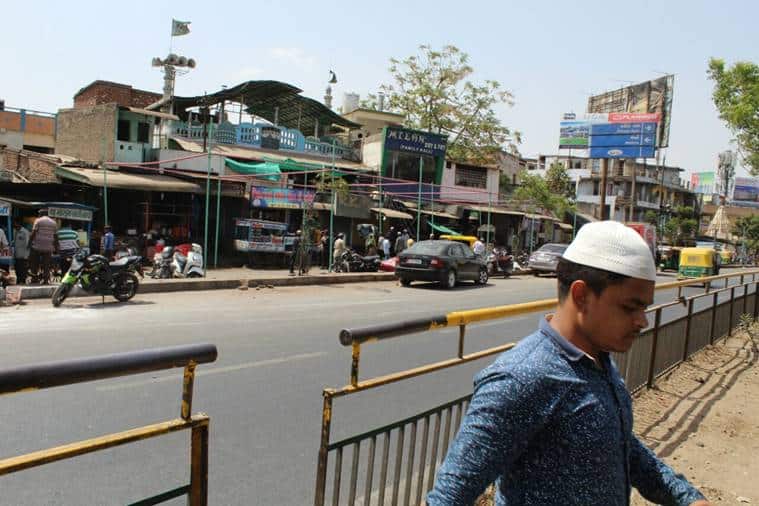 The HC has upheld the convictions of 13 accused and acquitted 18 people.

This Week in Fascism:
- Court acquits Aseemanand, there is no "Saffron Terror", & he may now campaign for BJP.
- No one killed #JudgeLoya.Jo @AmitShah par sawaal uthaate hai, apne aap hi magically marr jaate hai.
- #MayaKodnani acquitted. No one killed 97 people in Naroda Patiya. 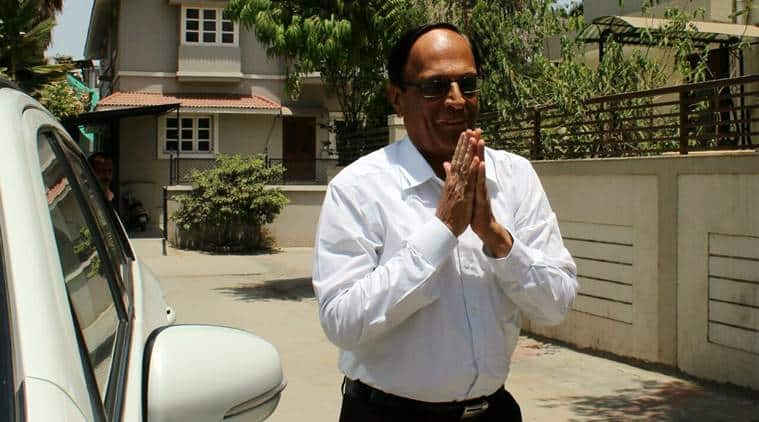 "All 12 convicts have been awarded 21 years of imprisonment without remission. 11 witnesses gave different statements on Maya Kodnani's presence at the location but there were contradictions," Prashant Desai, Special Public Prosecutor, is quoted as saying by ANI.

The HC has reduced Babu Bajrangi's sentence to 21 years imprisonment without remission. In his case, the HC did not rely on sting operation but held the extra judicial confession before former journalist Ashish Khetan as evidence. 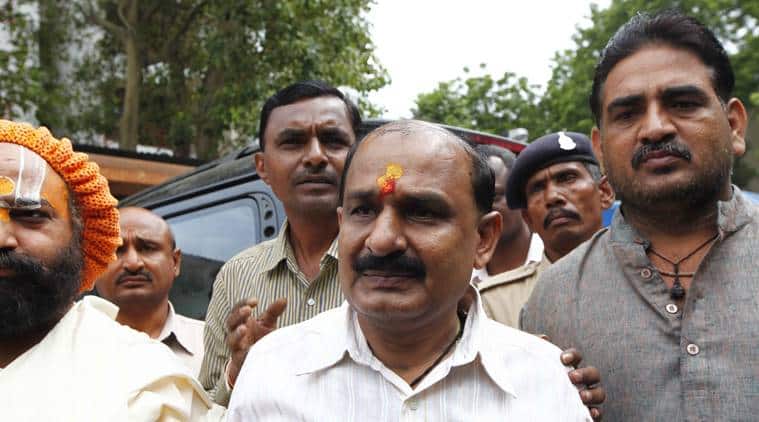 The HC has upheld the acquittal of sisters Ramlila and Gita Rathod. They were part of the 29 accused who were acquitted by the trial court. The acquittal of the sisters had been challenged by the SIT.

32 people were convicted in the Naroda Patiya massacre. by a trial court Of the 32, 17 have been acquitted by the HC today, while 12 convictions were upheld. One convict is dead. The judgments on two more will be pronounced after recess.

The trial court, in its judgment, had stated: "Accused 37 (Kodnani) has been proved to be the kingpin of the entire communal riot and one of the principal conspirators who has actively instigated the rioters and has abetted them to form unlawful assembly to execute the conspiracy hatched under her leadership with other co-conspirators.” This was overturned by the HC today, which found no criminal conspiracy in the riots.

The latest: A division bench of the Gujarat High Court has found Maya Kodnani, formerly a BJP MLA, not guilty in the Naroda Patiya massacre case. Kodnani was held as a 'kingpin' in instigating the riots which followed the 2002 Godhra train carnage. The court, however, has found no criminal conspiracy in the riots. It also observed that the witnesses who testified against her 'unreliable'. There were 11 witnesses who claimed they saw her exiting a car, surrounded by a mob. 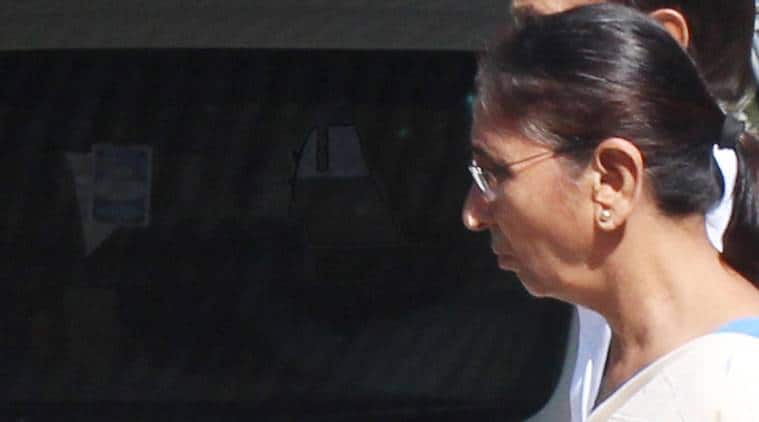 A look back at the Naroda-Patiya case

On February 27, 2002, S-6 of Sabarmati Express train, carrying Kar Sevaks from Ayodhya, was set on fire in which 57 of them were burnt to death. The Vishwa Hindu Parishad and Bajrang Dal declared Gujarat Bandh the next day. On February 28, a mob came out on the road in Naroda-Narol Highway and gathered at Naroda Patiya. The written submission by the SIT stated that at around 9:30 AM “Dr Maya Kodnani, the MLA of the said area, after completing the mourn meeting in the Vidhan Sabha came near Noorani Masjid and as per the evidence on record she made some speech and said “Kill Muslims, destroy the property of Muslims.”

The HC has rejected an appeal by the families of Naroda Patiya massacre victims for compensation.

Maya Kodnani acquitted by the Gujarat High Court in the Naroda Patiya case. The division bench has found no criminal conspiracy in the riots and observed that the none of the witnesses were reliable.

The Gujarat HC finds Babu Bajrangi guilty, and has upheld the conviction of the trial court. Suresh Langado alias Richard Chhara has also been found guilty. Kodnani's personal assistant, Kirpal Singh Chabda, who was convicted by the trial court was also acquitted.

The appeal petitions have been mired in controversy. Several judges recused themselves from the case during the hearing on appeals, including justices Akil Kureshi, M R Shah, K S Jhaveri, G B Shah, Sonia Gokani and R H Shukla.

The verdict is likely to be delivered shortly by a division bench of the Gujarat HC. Here's an update from our reporter on ground.

#NarodaPatiyaMassacre The court of division bench of justice Harsha Devani and justice AS Supehia, which will be pronouncing verdict, has started filling in with relatives of convicts @IndianExpress

Who is Maya Kodnani?

Maya Kodnani was also the local Gujarat MLA at the time of the 2002 riots. She was found guilty of instigating the riots in 2012. According to a writeen submission by the SIT, which found the incident a “preplanned conspiracy in view of the Godhra train carnage case”, Kodnani was a "kingpin" of the riots. It added that she made a speech in which she said: “Kill Muslims, destroy the property of Muslims”.

Express Explained | The Maya Kodnani Files: the cases against her, where they stand now

What is the Naroda Patiya case?

A day after a coach of the Sabarmati Express was set on fire killed 57 people — mostly kar sevaks returning from Ayodhya — in February 2002, a mob went on a rampage in Naroda Patiya. At least 97 Muslims were killed on February 28, 2002. This incident was one of the nine major communal riot cases which were probed by a Supreme Court-appointed SIT.

The court had heard 11 appeal petitions, filed by the convicts, the SIT as well as the families of the victims of the riots. The hearing concluded in August last year. The bench had reserved its order.

The division bench of justices Harsha Devani and A S Supehia had reserved its order in August last year. The court heard a total of 11 appeal petitions filed by the convicts, the Supreme Court-appointed Special Investigation Team (SIT) as well as the families of the victims of the riots. While all the convicts appealed against their convictions, the SIT sought enhancing sentences of three convicts, including former Bajrang Dal leader Babubhai Patel. It also appealed against the acquittal of seven accused. The kin of the victims appealed against the acquittal of 29 accused.