Modi-XI Jinping Summit in Mamallapuram Live Updates: On the second day of the informal summit between India and China, Prime Minister Narendra Modi and Chinese President Xi held delegation-level talks Saturday. Calling for a sensitive approach towards’s each other’s concern, Modi, at the beginning of the talk said, “we have decided to manage our differences prudently”, and will not let them become disputes”.

Modi noted that India and China were global economic powers during most of the last 2000 years and were returning to stage gradually. “The Wuhan spirit had given new momentum and trust to our ties. A new era of cooperation will begin today through ‘Chennai Connect’,” Modi said while referring to the outcome of the first informal summit between the two leaders in the Chinese port last year.

Meanwhile, Chinese President Xi Jinping said that informal summit continued to produce “visible progress” for the past one year. ” Had “heart to heart discussions” on bilateral relations. “We’ve had really in-depth engagements and good discussions,” he said.

Concluding the summit, Xi thanked PM Modi for the warm hospitality and invited him to China for the third summit.  Modi accepted his invitation and said, ” the Chennai connect will add great momentum to Indian-China relations and the world as well.”

Chinese President Xi Jinping left for Nepal on Saturday by an Air China aircraft, concluding his second informal summit with Prime Minsiter Narendra Modi, which has signalled a recalibration of bilateral ties.

Kashmir was not discussed: Vijay Gokhale

Regarding the discussion on Kashmir between the two leaders, Foreign Secretary Vijay Gokhale confirmed that Kashmir issue was not raised and discussed. "Our position is anyways very clear that this is an internal matter of India," he added.

When asked about cross-border terrorism, Gokhale said,  "Sino-India ties are not a single issue relationship."

PM Modi invited to China for next summit

Addressing a press conference, Foreign Secretary Vijay Gokhale said, "the two leaders today had a conversation for almost 90 minutes, followed by delegation-level talks and then lunch was hosted by PM Modi. A total of 6 hours of one to one meeting was held between the two leaders during this summit.

"A new mechanism will be established to discuss trade, investment and services, at an elevated level. Finance Minister Nirmala Sitharaman and the Vice Premier, Hu Chunhua China will discuss this," he added.

Gokhale also said that Xi was satisfied with all the hospitality and talks. The Chinese President has invited PM Modi for the next summit in China

PM Modi thanks Xi Jinping for coming to India

After the Summit concluded, PM Modi thanked Chinese President Xi Jinping for coming to India. He said the Chennai connect will add great momentum to Indian-China relations and the world as well.

After two days of Indo-China informal summit in Mamallapuram and Kovalam, Xi Jinping departed from Taj Fisherman's Cove hotel in Kovalam for Chennai. He will shortly leave India. PM Modi, Xi Jinping on the second day of summit

Direct contacts between the leadership have been instrumental in consolidating strategic communication, the Ministry of External Affairs said.

#ChennaiConnect | A relationship with a canvas as broad as the ocean

PM Modi, Xi Jinping at exhibition on artefacts and handloom

After the delegation-level talk, the two leaders attended an exhibition on artefacts and handloom at Taj Fishermen's Cove.

We have built 'deeper strategic communication' through this informal summit: Xi 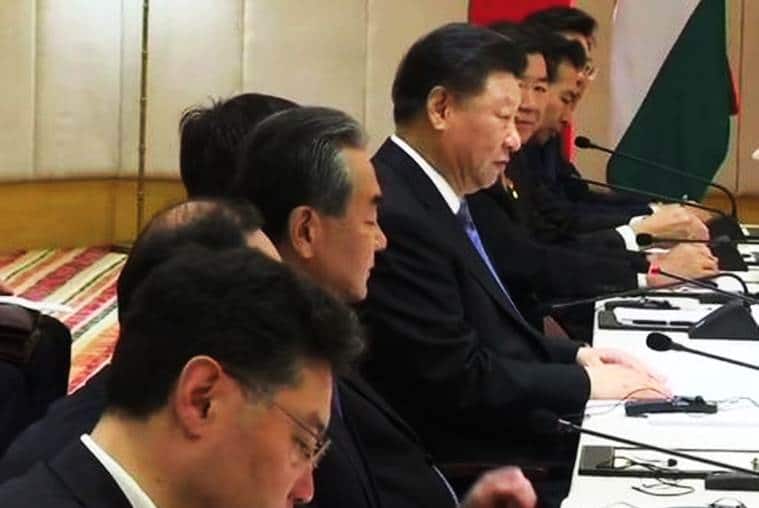 Chinese President Xi Jinping said that informal summit continued to produce "visible progress" for the past one year. " Had "heart to heart discussions" on bilateral relations. "We've had really in-depth engagements and good discussions," he said.

Recalling the first informal summit in Wuhan, Prime Minister Narendra Modi said, " the first summit led to fresh stability in our relations and gave a fresh momentum. Strategic communication between our two countries has also increased."

"After today's Chennai Vision, a new beginning will be made for cooperation between the two countries," he added. 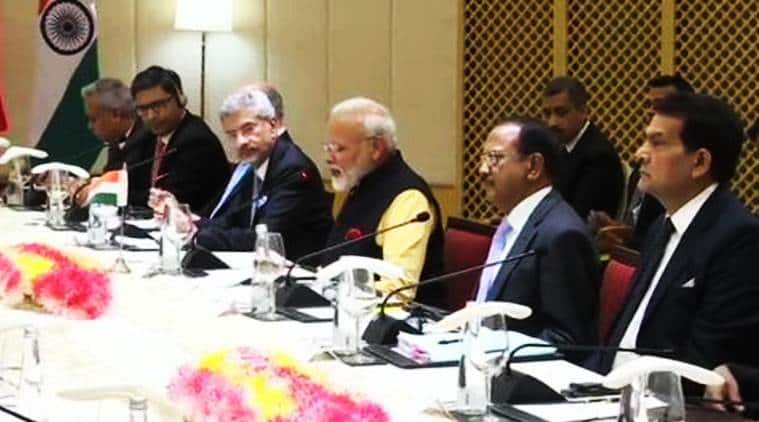 We have decided to manage our differences prudently: PM Modi at delegation level talk with China

Calling for a sensitive approach towards's each other's concern, Prime Minister Narendra Modi, at the beginning of the delegation-level talks said, "we have decided to manage our differences prudently", and will not let them become disputes".

PM Modi and Xi Jinping hold a one-on-one meeting at Taj Fishermen's Cove ahead of the delegation-level meeting. 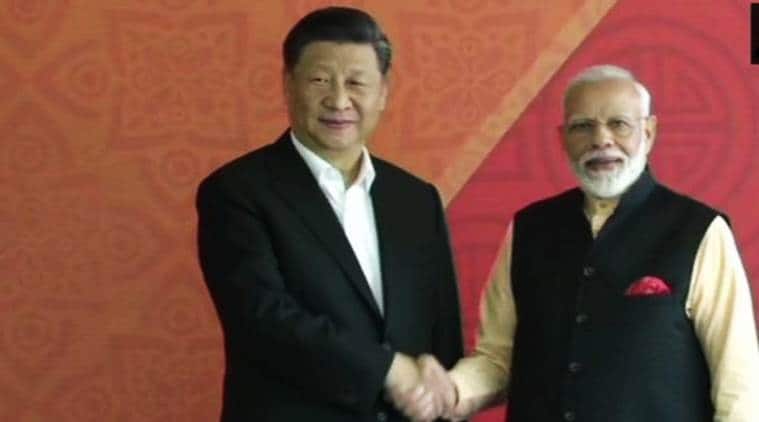 Both the leaders will hold a high-level delegation today before ending the summit.

Chinese President Xi Jinping's convoy has left from ITC Grand Chola Hotel for Kovalam.  Following the one-on-one meeting, India and China will hold delegation-level talks including top officials. The two sides will also issue separate statements on the outcomes of the two-day informal summit between PM Modi and President Xi. The summit will be concluded with a lunch hosted by PM Modi.

PM Modi began his day with a cleaniness drive on the beach at Mahabalipuram. Later in the day, the prime minister will host a lunch for Chinese President Xi Jinping.

Ahead of Modi- Xi's meet on the second day of informal summit, locals hold placards with pictures of PM Modi and Chinese President Xi Jinping and traditional folk musicians perform at Kovalam. 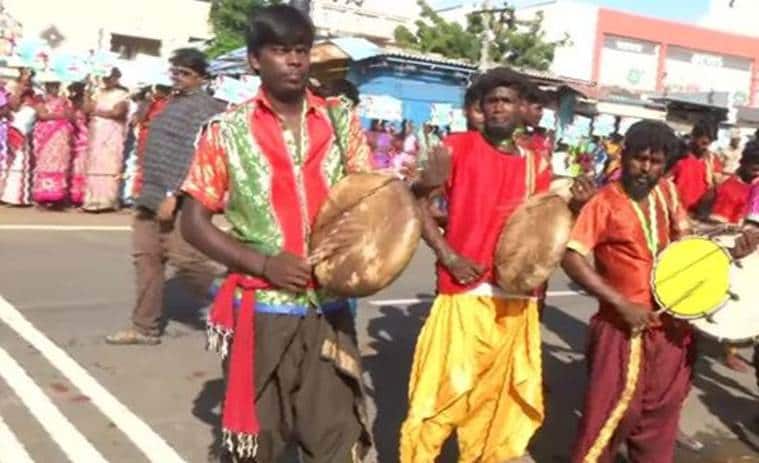 Traffic restrictions imposed in Chennai; here are roads and places to avoid

07:30 am to 2 pm: Vehicles proceeding towards the city along Rajiv Gandhi IT Expressway/Old Mahabalipuram Road (OMR) will be diverted at Sholinganallur towards Perumbakkam.

7 am to 1:30 pm: Vehicles will be barred from entering Muttukadu at Akkarai junction on ECR.

Educational institutions, IT companies, commercial establishments and the general public who would be commuting in the above-mentioned routes have been advised by the city police to plan their trip to avoid traffic snarls and diversion.

Modi-Xi summit LIVE UPDATES: At a Chennai school Thursday ahead of the summit. (ANI)

On Friday in Mahabalipuram, Chinese President Xi Jinping received a warm welcome at the Chennai airport where he arrived in the afternoon. Prime Minister Narendra Modi gave Xi Jinping a guided tour of three renowned monuments: Arjuna’s Penance, Panch Rathas and the Shore Temple around 5 pm. Thereafter, they watched a cultural performance for 45 minutes at the temple, which was followed by a dinner hosted by the Prime Minister.

The two leaders sat on a separate round table at the dinner tent near the Shore temple. Modi, who was dressed in traditional Tamil attire, and Xi in an informal white shirt and black trousers, spent “quality time”, sipping coconut water.

Later, both the leaders held a two-and-half-hour  "open and cordial" one-on-one discussion over dinner at this bustling temple town on Friday, vowing to jointly combat terrorism and radicalisation, and signalling a recalibration of bilateral ties. "The discussion stressed over 150 minutes and it was well beyond the planned time for conversation. The discussions were very open and cordial. This was quality time that the two leaders spent together one-on-one," Foreign Secretary Vijay Gokhale said in a late evening press conference.