Narendra Modi in Kashmir HIGHLIGHT: Security forces have been put on high alert and more than 25 CRPF companies along with the J-k police and the SPG from adjoining districts have been moved to Srinagar ahead of Modi's visit.

Prime Minister Narendra Modi on Saturday inaugurated the 330-MW Kishanganga hydroelectric power project and laid foundation stone for the semi-ring road project, in Srinagar. “This project will not only give free but enough electricity to the people of Jammu and Kashmir. Presently, the amount of electricity the state needs, most part of it is given by others states. This 330-MW project will be helpful in reducing the problem of electricity to a large extent,” PM Modi said.

Earlier in the day, PM Modi unveiled the plaque to commence work for Zojila tunnel to provide all-weather connectivity between Srinagar, Kargil and Leh. “Jammu and Kashmir is going to get development projects worth Rs. 25,000 crore. These projects will have a positive impact on the people of the state,” Modi said after inaugurating the project. The 14-km-long Zojila tunnel will be India’s longest road tunnel and Asia’s longest bi-directional tunnel. Later in the day, PM Modi will also inaugurate the 330-MW Kishanganga hydroelectric power project and lay foundation stone for the semi-ring road project, in Srinagar. The Prime Minister also attended the closing ceremony of the Birth Centenary celebration of the 19th Kushok Bakula Rinpoche in Leh, where he praised Bakula for his developmental works in India. Chief Minister Mehbooba Mufti and Union Minister Nitin Gadkari were also present at the ceremony.

Also Read | All you need to know about India’s longest tunnel | In Valley, hope for peace up as PM Modi lands today "Today is a memorable day. I got the opportunity to inaugrate many develeopment projects. Two of them are dedicated to Maa Vaishno Devi.  Kashmir will gradually become the rising star of 'New India," said PM Modi. 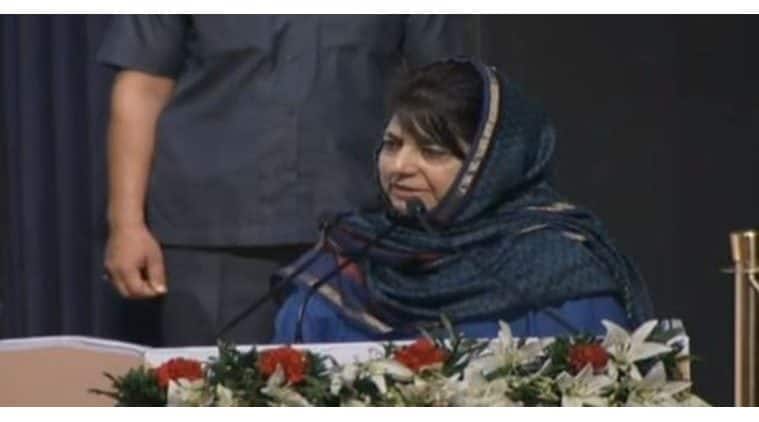 Jammu and Kashmir Chief Minister Mehbooba Mufti thanked PM Modi for launching a number of development activities in the state. The Prime Minister inagurated the Tarakot Marg in Vaishno Devi as well as a material ropeway which will enable 5000 kgs of goods per hour to the shrine.

"Our government doesn't want the farmer to be dependent on just one crop. It is working to encourage all ways through which the income of farmers can be increased additionally," said the Prime Minister in his address to students.

Last year, due to the consistent efforts of farmers, agrarian scientists and the policies of the government, we were able to break all records of production in terms of wheat, rice and pulses," PM Modi was quoted as saying. Meanwhile, four militants have been killed so far in the encounter with security forces in Handwara area of Kupwara district, which started on Friday. Operation underway.

J-K Chief Minister Mehbooba Mufti said, "I am thankful to PM Modi that he thought about us and announced a unilateral ceasefire in Kashmir during Ramzan. We expected that we will get the same response from Pak but unfortunately, we didn't get it."

There will be an increase in J-K tourism with stronger ecosystem: PM Modi

Taking about Jammu and Kashmir's tourism sector, PM Modi said, "Our govt is working for the ecosystem that is required for the development of tourism. There will be an increase in tourists in J&K with a stronger ecosystem. The youths of the state will get new employment opportunity with it."

"I want everybody to invest energy only in the development of Jammu and Kashmir. All problems, all differences have only one solution -- development, development and development: PM Modi

We never fall back in taking any decision: PM Modi

The Central and the state government has the policy as well as the will to work for the development of Jammu and Kashmir. We never fall back in taking any decision: PM Modi

'Atal ji was fond of Kashmiriyat and so as Modi'

"Even Atal Bihari Vajpayee was fond of this Kashmiriyat and so as Modi. I had said from the Red Fort as well that neither abuses not bullets will solve the problem Kashmiris are witnessing. The only solution is hugging and loving Kashmiris: PM Modi

PM Modi urges youth of J-K to return to 'mainstream'

No substitute for peace and stability: PM Modi 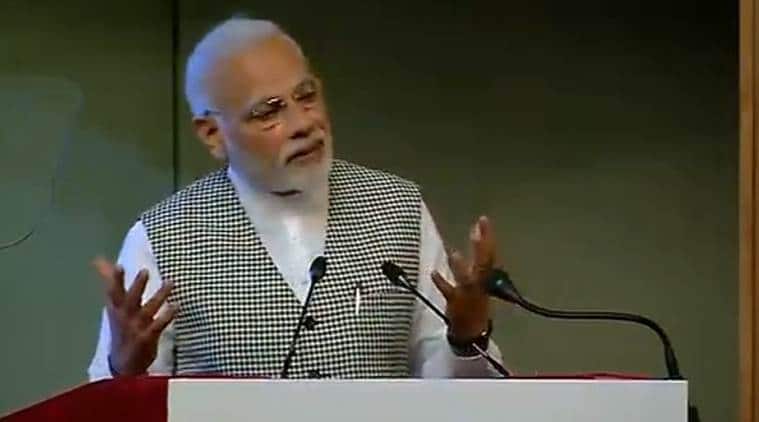 PM Modi says, "There are various rives in the Valley which can serve as a great source of hydroelectricity. This is that part of the country which can produce electricity not only for the state but for the other parts of the country as well. And keeping this in mind, we have been working on various projects since last four years."

'For bringing change in the lives of people of Jammu and Kashmir, the all-round development of all the three parts of the states, i.e, Kashmir, Jammu and Ladakh is very essential': PM Modi

PM Modi also laid foundation for the Srinagar's Ring road project. "From this stage, iIgot the opportunity to inaugurate the Srinagar Ring Road. Around 1200 crores will be spend on the construction of this 42 kilometer long raod. This road will solve the problem of traffic jam in the city and will somewhat make your lives easy. "

"The government is working for providing electricity in each and every house of the state. Under the Saubhagya Yojana, we are working to provide electricity in areas where there is no electricity yet: PM Modi

Project will not only give free but enough electricity to J-K people: PM Modi

Good coincident we all are meeting during Ramzaan: PM Modi

"This is also a good coincident that we all have come together here during the holy month of Ramzaan. Today, I feel blessed to dedicate the Kishanganga Hydropower project to the nation. This project is ready to add to the developments of Jammu and Kashmir. I congratulate all of you on this occasion," PM Modi says.