Nagpur Mumbai Duronto Express derailed near Asangaon in Maharashtra this morning. Local trains have been affected by the accident. Central Railways officials said there have been no casualties so far. 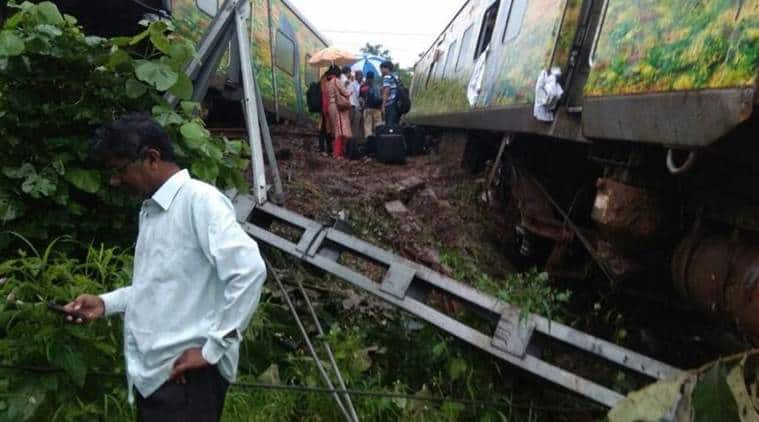 An engine and nine coaches of Nagpur-bound Duronto Express derailed on Tuesday near Asangaon in Maharashtra. Railway officials said there have been no casualties so far. Reports suggest a rescue team has reached from Kalyan. “Seven coaches of Duronto Express Nagpur-Mumbai 12290 derailed between Asangaon and Vasind railway stations. So far, no casualties have been reported,” the Central Railway PRO said.

The derailment took place just days after the Delhi-bound Kaifiyat Express derailed in Auraiya district on August 23 At least 81 people were injured after nine coaches of the train derailed in Uttar Pradesh, making it the second train accident in a week. On August 19, Kalinga Utkal Express had also derailed in Muzaffarnagar killing 22 people. Taking moral responsibility for the train accidents under his watch, Railway Minister Suresh Prabhu had offered to resign but was asked by the Prime Minister to “wait”. Read |  Seven coaches of Nagpur-Mumbai Duronto Express derailed, no casualties reported

11.10 am: “It is suspected that a portion of the tracks was washed away due to heavy rains in the Kasara Ghats section since there has been long spell of incessant and torrential rains since the past few days,” and official told PTI.

11.00 am: Sunil Udasi, Chief PRO of the Central Railway, also said the derailment was caused due to a landslide. “The cause (of derailment) is sudden landslide due to heavy rains. But graciously enough, the driver did an excellent job of applying emergency breaks,” he said.

10.50 am:  Railway Board Chairman Lohani confirms no passengers were injured in the Nagpur-Mumbai Duronto Express derailment. “Buses have been arranged to take stranded passengers to Mumbai,” Lohani was quoted as saying by ANI. “Locomotive and 9 coaches were derailed, prima facie suggests landslide engulfed tracks. Repair work at the site started,” he said.

10.35 am: PRO Anil Saxena said “sudden landslides” caused the derailment. Since the past four days, the Mumbai Metropolitan Region and Mumbai-Pune-Nashik plus Konkan have been battered by torrential rains. 10.15 am: Here’s a wrap-up on Nagpur-Mumbai Duronto Express derailment.

# Railway officials claim there have been no casualties so far.

# Rescue teams currently on the spot.

# Local trains, general traffic affected in and around Mumbai.

# New Railway Board chief Lohani reacts to the incident

9.30 am: Four trains diverted due to Nagpur-Mumbai Duronto Express derailment via Kalyan-Lonavala-Pune-Daund-Manmad. Five buses have also read the spot to carry stranded passengers.

9.25 am: While there have been no major injuries today, Friday’s derailment of a suburban local between Andheri and CSMT near Mahim railway station left six people injured. “I tried jumping out of the coach when it was getting derailed. My left leg received serious injuries. I was heading for my work when this happened and now I fear whether I will be able to recuperate soon to able to report to work this month,” Bankelal Kanojiya (38), a victim told The Indian Express.

9.20 am: A helpline booth has been provided near Deputy station superintendent’s office near Platform Number 1 at Nagpur stations. Nagpur-Mumbai Duronto Express derails: This is the third derailment incident in the country in a period of 10 days.

9.15 am: The coaches derailed at around 6.35 am on the Central Railway making it the third derailment incident in the country in a period of 10 days.

9.10 am: While the Central Railway spokesperson Anil Saxena said there has been no casualty or injury, an eyewitness travelling in the train said there may have been some minor injuries. “At least six coaches along with the engine slipped out of the tracks. We could not understand what happened. Few people were stuck in the washrooms and were rescued by fellow travellers breaking glasses of the windows,” Justin Rao, the eye witness, said.

9.05 am: Lohani was appointed as the chief of the Railway Board recently after a string of train mishaps. “Due to the recent spate of accidents, the image of the organisation has taken a severe beating,” he told PTI recently.  Young officers of the northern division were also asked for deep introspection to find the maladies and shortcomings that plagued the system.

9.00 am: “One board member, General Manager and DRM ordered to reach derailment site to provide extensive help to passengers,” Railway Board Chairman Ashwani Lohani was quoted as saying by ANI. 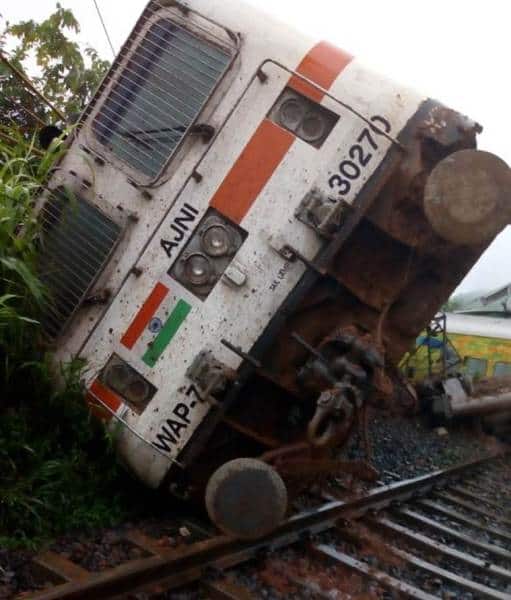 8.45 am: The reason behind the derailment has not been ascertained yet.

8.40 am: Local trains in up and down direction have been affected due to clearing of tracks. “Local trains running till Kalyan,” the Central Railways said. 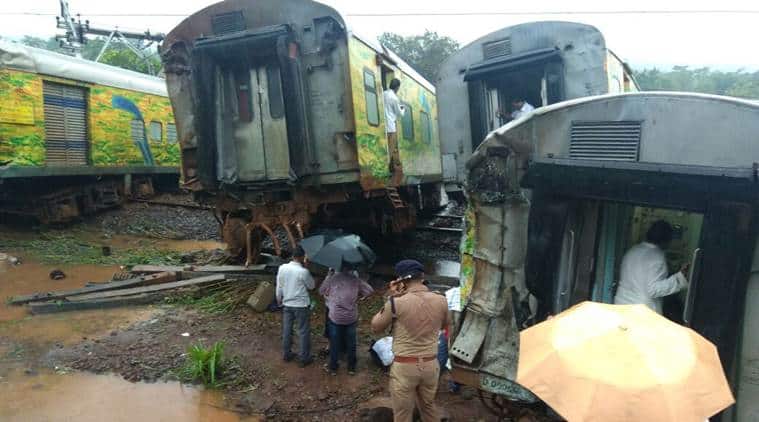 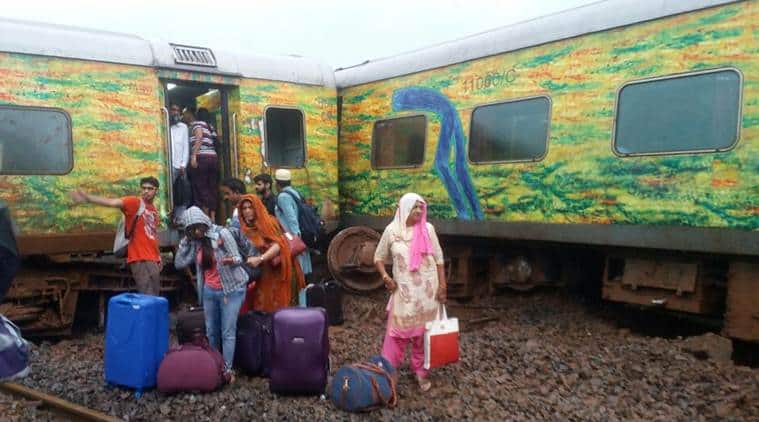 The Central Railways has made arrangements to rescue Nagpur-Mumbai Duronto Express passengers.

8.30 am: “Nagpur-Mumbai Duronto Express derailed between Vasind and Asangaon. There are no injuries to passengers. We are arranging buses to bring passengers to the destination. Doctors and senior officers are already at the site,” Central Railways said in a statement.

8.25 am: On August 25, four coaches of a suburban local between Andheri and Chhatrapati Shivaji Maharaj Terminus (CSMT) had also derailed near Mahim railway station on the Western Harbour line.