Baliraj Dhote, who reportedly runs something called "self-respect movement", was arrested from his house around 4 am Sunday after a complaint was filed against him by BJP's IT cell. 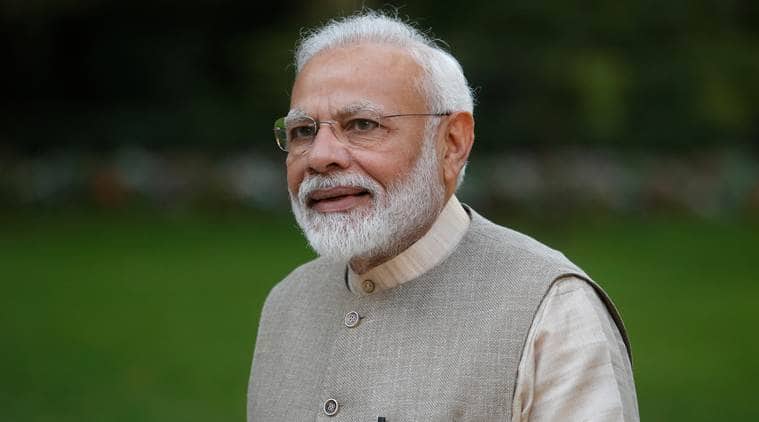 The man allegedly made offensive remarks against PM Modi. (Reuters)

A man in Chandrapur district of Maharashtra was arrested for posting “offensive” posts against RSS and Prime Minister Narendra Modi on social media. Baliraj Dhote, who reportedly runs something called “self-respect movement”, was arrested from his house around 4 am Sunday after a complaint was filed against him by BJP’s IT cell.

The police have slapped charges against him under Sections 354 1(iv) (sexual harassment) and 505(2) (public mischief to inciting people against each other) of the IPC and Section 67 of the Information Technology Act (transmitting sexually explicit matter). He was sent to magisterial custody.

Superintendent of Police Maheshwar Reddy told The Indian Express, “We have arrested him under the above sections because he posted offensive and obscene content on both WhatsApp and Facebook. One of his posts had said that revolutionary freedom fighter Bhagat Singh was represented by a Muslim lawyer while a Hindu lawyer linked to RSS had pleaded the case against him. He had posted another content that showed PM Modi and Union minister Smriti Irani in a bad light. These posts had created disquiet in the city and posed a threat to peace in the city.”

Asked why he was arrested at unearthly hour, Reddy said, “The BJP IT cell had approached us on the previous evening. It took some time for the police to cross-check the facts.”

Dhote was produced before a court that remanded him in magisterial custody.

Dhote had also reportedly posted something to the effect that an ambulance of state minister for Finance and Forest Sudhir Mungantiwar was used to smuggle liquor in the prohibited district. “But that’s a non-cognisable offence,” Reddy said.