Andhra Pradesh Chief Minister N Chandrababu Naidu (Above: Express Photo by Praveen Khanna) Monday began a day-long fast in New Delhi seeking special category status for the state as well as fulfilment of assurances given during its bifurcation. The Chief Minister paid tributes to Mahatma Gandhi at Raj Ghat before heading to Andhra Pradesh Bhavan to observe the fast. A TDP delegation led by Naidu will submit a memorandum to President Ram Nath Kovind on Tuesday, party sources said.

The TDP parted ways with the BJP, its ally of four years, in March 2018, with Naidu citing denial of Special Category Status to the state — as promised under the Andhra Pradesh Reorganisation Act, 2014 — as the reason. Since then, Naidu has emerged as one of the leading faces of the Opposition. Naidu has said that it is a matter of self-respect of Andhraites and that the Centre should fulfill the assurances made during the bifurcation of the state.

BJP is hitting me below the belt: Naidu

Andhra Pradesh CM & TDP Chief N Chandrababu Naidu in Delhi on Amit Shah's open letter: I condemn all this. He has written a letter to the people of Andhra Pradesh. They are hitting me below the belt. PM & Shah have to maintain the decorum. pic.twitter.com/2iMsUfGPyK

Chandrababu Naidu will march from Andhra Pradesh Bhavan to Rashtrapati Bhavan at 11:30 am tomorrow and is scheduled to meet President Ram Nath Kovind at 12:30 pm.

TMC supremo and West Bengal Chief Minister Mamata Banerjee will leave for New DelhiTuesday to participate in the mega rally of non-BJP leadersconvened by Aam Aadmi Party(AAP) on February 13 against the Narendra Modi government. She is likely to be in New Delhi till Thursday, a TMCleader said Monday."As per the schedule Banerjee will leave for New Delhi on February 12 and attend the opposition rally convened byAAP on February 13. She will also meet leaders of various opposition parties," the leader said.

Samajwadi Party Supremo Sri Mulayam Singh Yadav expressed his solidarity with Sri @ncbn who is protesting against the Centre as part of #DharmaPorataDeeksha pic.twitter.com/HfUo792nla 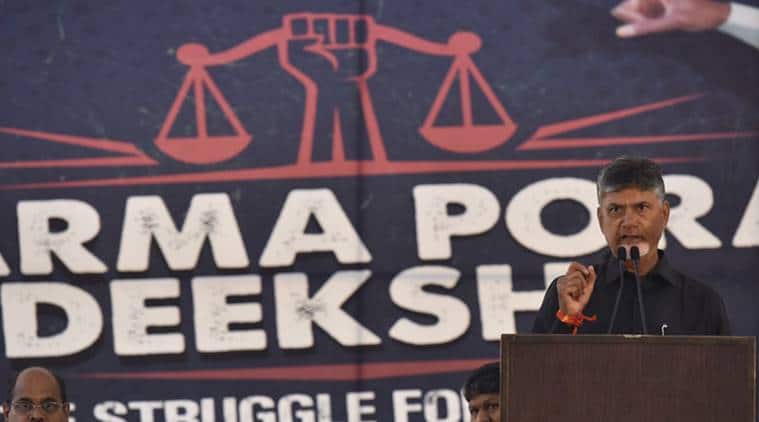 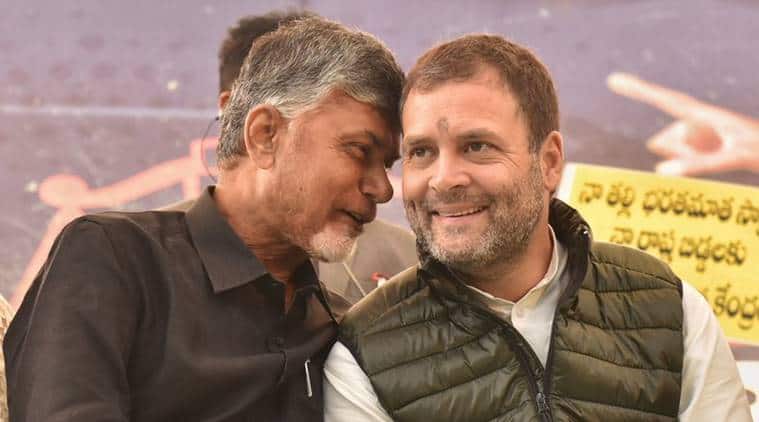 Prime Minister and NDA, they are dividing the country: Naidu

The present Prime Minister & NDA govt, they are dividing the country. They are building a hatred campaign among people. Ultimately, they want political gain, but it can't be: Chandrababu Naidu at Andhra Bhawan

Andhra Pradesh CM & TDP Chief N Chandrababu Naidu at his day-long fast in Delhi: The present Prime Minister & NDA govt, they are dividing the country. They are building hatred campaign among people. Ultimately, they want political gain, but it can't be. pic.twitter.com/Z1WRLaYgaQ

A differently-abled man from Andhra Pradesh, who was facing a financial crisis, allegedly committed suicide by consuming poison outside Andhra Bhawan here, police said on Monday. Davala Arjun Rao was a resident of Kinthali village in Srikakulam district. He had come to the national capital to participate in the day-long hunger strike by Andhra Pradesh Chief Minister N Chandrababu Naidu, PTI reported.

Andhra Pradesh Chief Minister N Chandrababu Naidu's daylong fast demanding special status for his state on Monday became a rallying point for various opposition leaders who visited the protest venue to back him and attack the Central government.

The TDP president is demanding that the Centre fulfil promises made during Andhra Pradesh's bifurcation in 2014 and alleges that Modi was not following 'raj dharma' by denying the state special status.

"Chandrababu Naidu ji, I would like to congratulate TDP. We started this fight four years back but there is a very important date - July 20, 2018 - when TDP brought in 'No Confidence Motion' in Lok Sabha. This scared Modi. After that on Jan 9, 2019 SP-BSP came together. After that, what happened on Jan 19?  On that day senior leaders of 22 political parties came on the same stage. Why am I mentioning these dates? Because after all of them, BJP got one new ally - CBI," ANI quoted O'brien as saying.

Naidu told the gathering that TDP founder NT Rama Rao had said "if somebody attacks your self-respect, teach them a lesson. So, we will not tolerate. We will give you a befitting answer".

The chief minister alleged that Modi was "unfit" to rule the country and that he went to Guntur in Andhra Pradesh "only to rub salt into our wounds".

"You think you can avoid us by sitting in Delhi. You're wrong. We will take help of friendly parties and achieve our aim," he said.  The TDP chief alleged the BJP government unleashes central investigation agencies on rival parties if they fight for their rights.

Demand for special status had support of all parties: Manmohan Singh

"I stand in support of Naidu, special category status promise must be implemented without any further delay," he said, adding that "demand for special status had support of all parties when it was discussed in Parliament."

In February 2014, when Manmohan Singh was the prime minister, he had announced in the Rajya Sabha that special category status would be extended to the successor state of Andhra Pradesh comprising 10 districts, including four districts in Rayalaseema and three districts of coastal Andhra Pradesh, for a period of five years.

Naidu has claimed that there was anger among the people as Prime Minister Narendra Modi did not visit the long-pending demand of special category status during his visit to Guntur on Sunday.

Naidu had staged an indefinite fast at the Andhra Pradesh Bhavan in October 2013, demanding that if a separate state is carved out of then unified Andhra Pradesh, both should get equal justice. He was forcibly shifted to Ram Manohar Lohia Hospital the fifth day after his health deteriorated.

In February 2014, then Prime Minister Manmohan Singh had announced in the Rajya Sabha that special category status would be extended to the successor state of Andhra Pradesh comprising 10 districts, including four districts in Rayalaseema and three districts of coastal Andhra Pradesh, for a period of five years.

The TDP quit the NDA in March last year after Finance Minister Arun Jaitley, responding to Naidu’s demand for special status, said that such a category did exist when the state was bifurcated in 2014 but after the 14th Finance Commission’s award, such treatment was “constitutionally” restricted to just the North Eastern and three hill states, which includes Jammu and Kashmir. The chief minister had observed a fast on his birthday on April 20 demanding special status for the state.

The TDP had also moved a 'no-confidence motion' in the Monsoon session of Parliament in July 2018, which was defeated.