There is nothing more important than to “preserve, protect and promote" the independence of the judiciary at all levels”, CJI N V Ramana said. 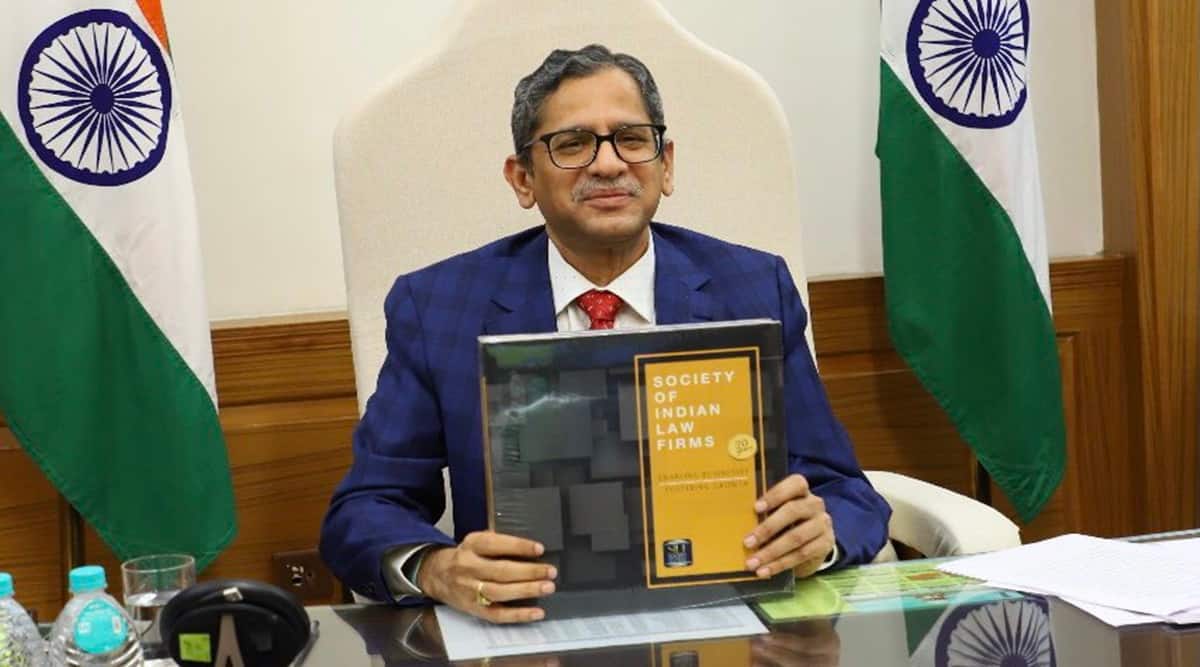 Chief Justice of India N V Ramana on Sunday spoke about the role of constitutional courts in a welfare State, and said it is their ability “to function with absolute independence” and “necessary boldness in the face of adversity” that defines the character of the Indian judiciary.

There is nothing more important than to “preserve, protect and promote” the independence of the judiciary at all levels”, the CJI said in an address at the valedictory ceremony of the Pan-India Legal Awareness and Outreach Campaign by the National Legal Services Authority (NALSA) at Vigyan Bhawan in New Delhi.
The CJI told the gathering of Chief Justices and judges of various High Courts that “our ability to uphold the Constitution sustains our impeccable character” and that “there is no other way to live up to the faith of our people”.

“Together, we have been handling the responsibilities entrusted to us by the Constitution with utmost sincerity and commitment. The immense trust reposed by the public at large upon the judiciary, as a last resort of hope, stands testimony to this fact,” he said.

Pointing out that “independent India inherited a deeply fragmented society from its colonial past”, Justice Ramana said “the stark divide between haves and have nots is still a reality”, and “no matter how many cherished declarations we successfully arrive at, in the face of poverty, inequity and deprivations, it will all seem pointless”.

“Despite our being a part of a welfare state, benefits are not trickling down to the intended beneficiaries at the desired levels. People’s aspiration about leading a dignified life are often met with challenges. One of them, primarily, being poverty,” he said, stressing that this is where the NALSA campaign assumes great significance.

The Chief Justice emphasised the need for a robust justice delivery system at the grassroots level, saying that one cannot imagine a healthy judiciary without it. “Therefore, nothing is more important than to preserve, protect and promote the independence and integrity of the judiciary at all levels,” he said.

He underscored the need to write judgments and orders in “simple and clear language” as “our decisions have a huge social impact”.

Union Minister for Women and Child Development Smriti Irani, second most senior judge of the top court Justice U U Lalit — who is also the NALSA Executive Chairman — SC judge A M Khanwilkar and Attorney General K K Venugopal were in attendance at the event.