The journalist in question, Tariq Anwar, had filed the contentious report for the website Firstpost. 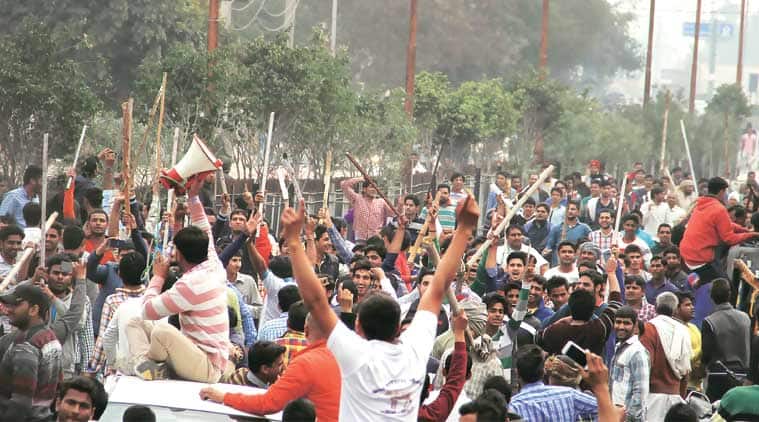 During the Jat agitation in February. Express Archive

THE DELHI-BASED journalist who filed a report on alleged cases of a gangrape in Murthal, Haryana, during the Jat agitation earlier this year, should be prosecuted for producing false and fabricated evidence of the alleged victim, amicus curiae Anupam Gupta submitted before the Punjab and Haryana High Court on Saturday.

The amicus curiae made the submission on the basis of a report by a special investigation team (SIT). The journalist in question, Tariq Anwar, had filed the contentious report for the website Firstpost.

In its status report submitted before the division bench of Justice S S Saron and Justice Arun Palli, the SIT, headed by I-G Mamta Singh, stated that Anwar had produced an audio recording, stating that it was of the alleged rape victim but the audio voice samples revealed it was of another woman.

“Anwar should be prosecuted for false evidence. He does not enjoy any impunity as a journalist,” amicus Gupta submitted. The court recorded his statement. There were reports of vehicles being stopped by protesters on NH1 at Murthal during the height of the agitation and several women forcibly taken to the fields by the highway and raped.

Vardhan had stated that he had never spoken with Gupta about any facts of the Murthal rape case, and that Haryana CM M L Khattar never tried to influence him, as was allegedly wrongly submitted by Gupta to court earlier. “Vijai Vardhan is lying through his teeth,” Gupta submitted.