The pandemic is widening one of the nation’s sharpest inequities, the social hierarchy determined by India’s ancient caste system, which can often determine everything from social interactions to economic opportunities. Millions of migrant workers made arduous journeys to their villages after India imposed the world’s largest lockdown in March. Back in the rural hinterland, many say caste discrimination is reversing even the small economic and social gains they eked out in the cities.

In the village of Aston, in the central state of Madhya Pradesh, Raju Banskar, 33, says the double stigma of coming from a lower caste and having traveled from New Delhi where the coronavirus is spreading has made it impossible to find a job. In the city, construction work fueled by India’s decades long economic boom brought him Rs 250-300 a day, and few paid attention to his caste.

But building sites shut down when Prime Minister Narendra Modi imposed the nationwide lockdown to contain the virus. Back home, Banskar says work created through government jobs programs are mostly allocated by the village headman to upper caste workers.

Nine migrants interviewed by Bloomberg News in several Indian states had stories that were similar to Banskar’s, showing how the pandemic is widening one of the nation’s sharpest inequities, the social hierarchy determined by India’s ancient caste system, which can often determine everything from social interactions to economic opportunities. The South Asian country marks the 30th anniversary of its economic liberalization next year, but the pandemic is now unraveling the tenuous benefits that globalization brought to workers like Banskar.

“I have no land, so had left my village some 12 years ago in search of work and to escape this system where I am considered untouchable,” Banskar said by phone. “I have come back to the same situation that I left, in fact it has only become worse.” People from lower castes were historically not allowed to touch those from higher castes, and Banskar says many of these practices remain in his village.

The headman of Banskar’s village couldn’t be reached for comment. Chandrasen Singh, additional chief executive officer of the Zila Panchayat, or the local government body, of Tikamgarh district which administers Banskar’s village said the region’s job program is very active and he hasn’t received complaints about caste discrimination. “All these allegations have no substance,” he said. Some people have refused work because wages under government’s job program are lower than what they were earning outside, and the work in village may not require a lot of labor, Singh said. 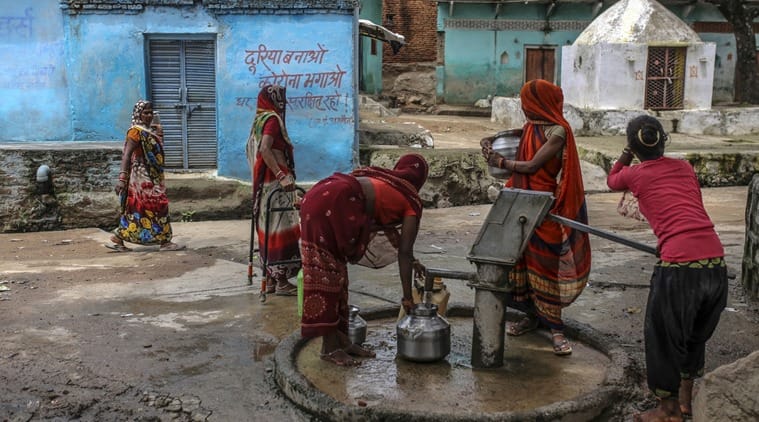 As India’s economy leapfrogged from just over 1% GDP growth in 1991 to the range of 10% in the fiscal year ending March 2007, millions like Banskar moved from villages to cities to work. Affirmative action policies such as the reservations of jobs, spots in schools and the legislature helped many overcome centuries of economic deprivation and social oppression.

Fallouts from the virus are now reversing some of those advances. While the pandemic has destroyed livelihoods worldwide, leaving people from New York to London to Mumbai without jobs, some of the biggest hits are likely to be taken by families in countries like India that have few social safety nets. The World Bank estimates India’s lockdown will push 12 million people into abject poverty. Many may never recover.

“This will have an impact that you will see for many years. Whatever gains we made in last so many years, we might just lose it,” said Niranjan Sahoo, a senior fellow at the New Delhi-based Observer Research Foundation said, referring to social advances as well as income increases seen by many. “Millions will go back to below the poverty line especially from the lower caste segment.”

In recent months, India’s government has boosted spending to revive the economy, launched employment schemes for those returning to villages, and allocated more funds to rural jobs programs. The benefits aren’t always percolating down to the lowest castes, villagers in the states of Madhya Pradesh, Bihar, Gujarat and Uttar Pradesh said in interviews. A spokesperson for the ministry of rural development which administers the jobs program didn’t respond to calls made to her mobile.

Despite reforms over the decades, those perceived as being on the lowest rungs of the caste ladder still regularly face discrimination and violence from upper castes. And groups like Dalits continue to be among India’s poorest. Traditionally disadvantaged subgroups such as rural dwellers, lower castes and tribes, Muslims, and young children were still the poorest in fiscal year 2015-2016, according to a study by the University of Oxford and others.

Manish Kumar, 24, who returned to Tevar village, in the eastern district of Varanasi said caste-based discrimination restarted the moment he entered the quarantine center in his village, where upper castes separated themselves from Dalits, a group that’s perceived to be at the bottom rung of the caste pyramid and includes more than 200 million people nationwide.

Kumar said he hasn’t received any work under the government jobs scheme or received free food aid even though he has the required documents.

“When I go to shop, the shopkeeper asks people from my caste to wait, they first cater to the upper caste people,” he said. The head of his village couldn’t be reached. 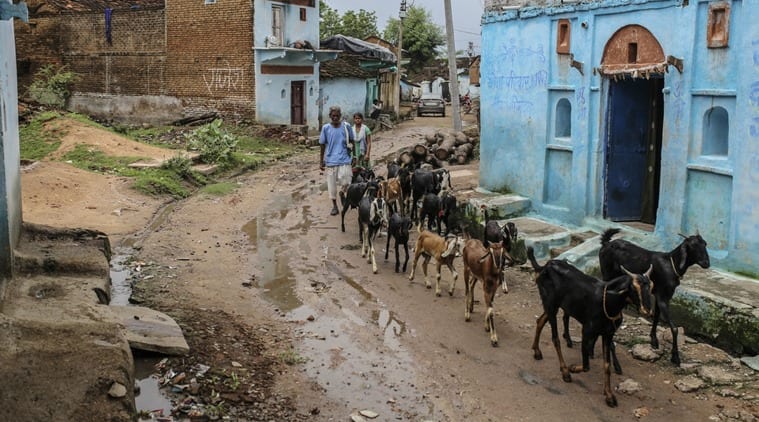 A shepherd and his livestock walk through a neighborhood in Tikamgarh district. (Bloomberg Photo)

The discrimination the migrants describe isn’t new. According to a 2010 study on social discrimination by Oxfam India, a New Delhi-based NGO, Dalits, tribal groups, and Muslims are highly under- represented in better paid and higher status jobs, while they are disproportionately concentrated among those with lower wages in the informal sector. That’s the area that’s been hit the worst during the pandemic, making those from lower castes more likely to fall back into severe poverty.

Sunil Kumar Chaurasia, program officer, with Sahbhagi Shikshan Kendra , a non-profit organization headquartered in northern state of Uttar Pradesh said it is mostly Dalits who suffer as they do not have the connections upper caste people have. Dalits are mostly uneducated and unaware of their rights or government schemes and hence can’t access facilities, he said.

Women are particularly sharply hit because they are often responsible for picking up food and water, and some migrant returnees said they wait for hours at the village tap because upper caste families get access first.

In Aston village, Krishna Ahirwar, 22, returned from New Delhi along with her husband and toddler and is staying in a separate locality where Dalits have historically lived.

Landless, with no ration card — the government document required to get food aid – she’s found it hard to arrange for food. “We are thinking about whether to go back to the city,” Ahirwar said.

But returning to the city isn’t easy. India has reported 2.8 million coronavirus cases, making the risk of contagion particularly high in crowded cities.

And jobs remain scarce even in cities. Though lockdown restrictions have eased, business sentiment in India turned negative in June for the first time in more than a decade, according to an IHS Markit survey. The Modi administration is banking on a recovery in rural demand to slow the economy’s first contraction in four decades, but the migrant returnees show the difficulties of engineering such a revival.

Bablu Ahirwar, 32, from village Lakheri, worked as a laborer at construction sites in New Delhi. In March, he and his family – Dalits but not related to Krishna Ahirwar – came back to their ancestral mud house in the village. When he went to seek work from the village headman, he says he was told there were no ongoing projects. The headman of his village couldn’t be reached.

“The village headman is giving jobs to people from his caste,” he said. “Nobody has anything for people like me.”