Need to rethink Vishakha to include incidents from past: Its author Justice Sujata Manohar 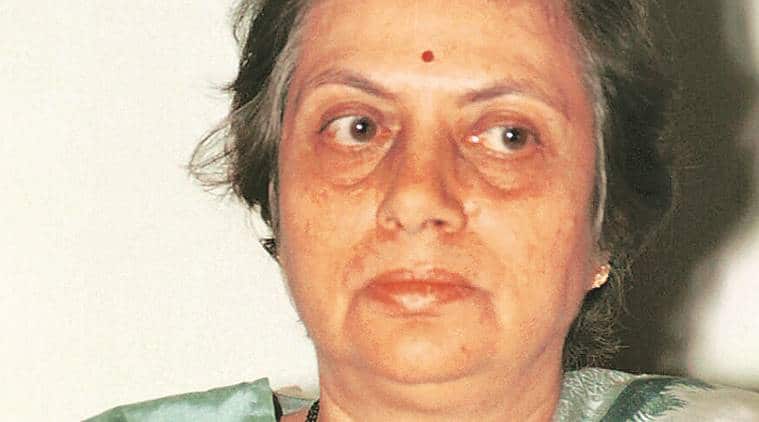 Justice Sujata Manohar said the NCW has its limitations.

As India’s own #MeToo gathers momentum, the lone woman Supreme Court judge, part of the three-judge bench that laid down the landmark Vishakha guidelines in 1997 to address sexual harassment at the workplace, said that “it is time to rethink” the law to address incidents in the past — from framing new norms to relooking penal provisions.

In 1997, Justice (retired) Sujata Manohar, with the Chief Justice of India (late) J S Verma and Justice (retired) B N Kirpal, delivered the verdict laying down legally binding obligations on institutions regarding prohibition, prevention and redressal of sexual harassment at workplace. These guidelines, the foundation for the Sexual Harassment of Women at Workplace Act, 2013, came into force in connection with a PIL in the alleged gangrape of Bhanwari Devi, a social worker from Rajasthan. In 1992, she had prevented the marriage of a one-year-old girl, leading to her rape as an act of revenge.

Express Explained: When and where the sexual harassment law holds, against whom

Speaking to The Indian Express, Justice Manohar said: “These (Vishakha) guidelines were recommended for somebody who was harassed in the present. We had not considered (what to do with) incidents of sexual harassment that took place in the past — like those that have now been reported. It is time we need to rethink how to deal with sexual harassment, especially in cases, where the incident has taken place in the past. In these circumstances, the Vishakha guidelines especially need to be re-examined with regard to the preventive and remedial measures for the woman,” Justice Manohar said.

Asked about statute of limitations given that some allegations date back years, Justice Manohar said: “There is no limitation of time. But the problem will come when the complainant has to establish the charge. You may not have any existing evidence regarding what happened years ago. But the courts will have to see who is stating the truth through examination and cross-examination. This could be challenge.”

Justice Manohar said that Section 509 IPC (word, gesture or act intended to insult the modesty of a woman) needs to be re-looked and made “more specific”. “Thinking changes with time. And kind of remedies also need to change. Many things in the Indian Penal Code need to be re-examined. I think it is time we need to relook into this issue.”

With National Commission for Women asking victims to approach them for redressal, Justice Manohar said that the NCW has its limitations. “I don’t think NCW has been set up to handle any kind of an adjudicating process. They are only an advisory body. The judiciary can have programmes for them with the help of sociologists…But remedies are important. Basically, some kind of education in this area has to be given. Everyone has to participate holistically,” Justice Manohar said.