A vacuum in law 25 years ago: Ramani on delay in #MeToo allegations against MJ Akbar

"When the incident took place in 1993 there was a gap in the law...whom could have I complained to? Legally I could not have evoked sexual harassment act because it was not in place," Ramani said. 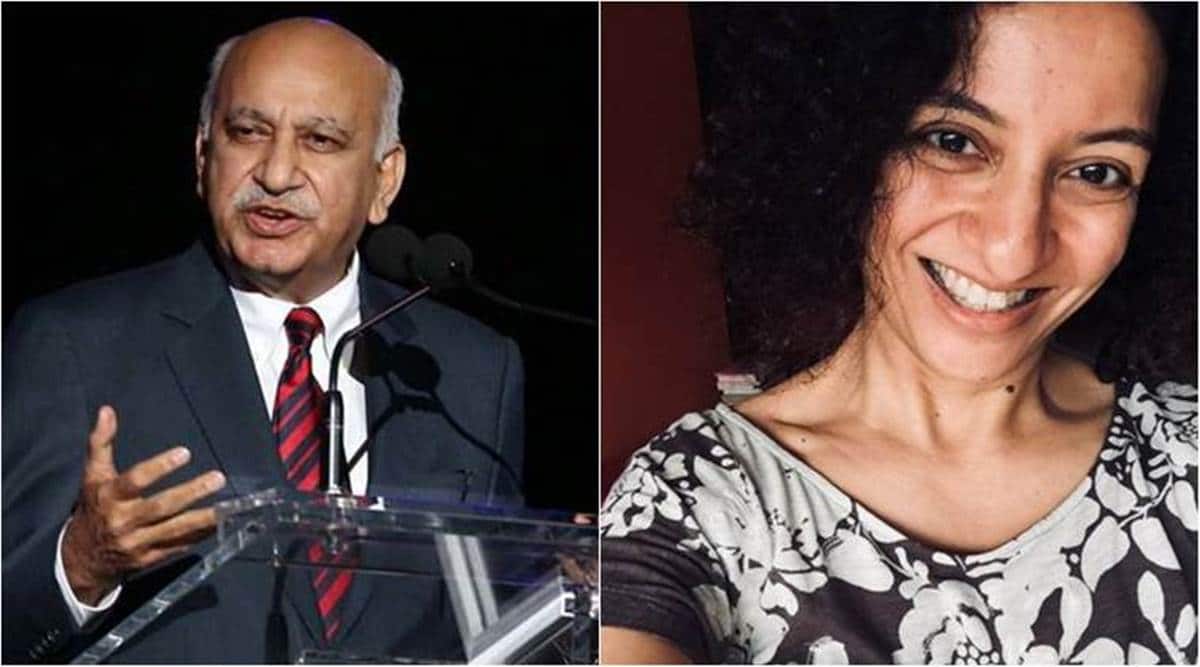 In the wake of #MeToo movement, Ramani in 2018 accused Akbar of sexual misconduct around 25 years ago when he was a journalist.

Journalist Priya Ramani told a Delhi court on Tuesday that she disclosed the alleged sexual harassment by former Union minister M J Akbar around 25 years later because back then there was “a vacuum in law and there was no platform either”.

Ramani made the submission before Additional Chief Metropolitan Magistrate Vishal Pahuja through her lawyer during the final hearing of a private criminal defamation complaint filed by Akbar against her. In the wake of #MeToo movement, Ramani in 2018 accused Akbar of sexual misconduct around 25 years ago when he was a journalist.

Akbar, who later became Union minister, resigned on October 17, 2018 following the allegations. Senior advocate Rebecca John said that Ramani’s tweets were based on her own experience with Akbar.

“Her experience is the fulcrum on which good faith rests. It is validated subsequently by the combined experience of multiple women making similar allegations,” John said, adding that many spoke before her tweet while many spoke later.

She said Ramani made the allegations in October 2018 since there was an “avalanche” taking place in India during the global #MeToo movement and that she felt “compelled to speak” after she saw several women, who had worked under Akbar between 1993-2011, speaking out against him.

She said that Ramani made the allegation in her “good faith” because “it was based on her own experience and that of multiple women who spoke publicly.”

She added that “it was important and necessary for women to speak up. Women are taught that silence is a virtue. This case has come at a great personal cost. I have nothing to gain. By keeping silence I could have avoided (a lot of trouble). But that would not have been right.”

“When my (Ramani’s) incident took place in 1993 there was a gap in the law…whom could have I complained to? Legally I could not have evoked sexual harassment act because it was not in place,” She said. John cited Ramani, saying that women fought a long battle.

“The delay was on account of the fact that there was a vaccum in law and there was no platform either. Women at that time were told to keep silent. It was a different world in 1993. I cannot say with confidence that it was a fair world. It took us all a lot of time to fight and established our battles,” John said.

John said that seeing other women speak, “I (Ramani) felt compelled to speak.” Citing the allegations made by various women, Ramani’s counsel refuted Akbar’s claim that he had a stellar reputation which was lowered by her, John said “none of his claims in respect of his stellar reputation can be sustained.”

On Akbar’s question as to why she deleted her Twitter account, the counsel said: “I (Ramani) need nobody’s permission to delete my Twitter account.” “It was not an evidence in the case. It is my democratic and constitutional right to do so. I was not ordered ordered by court to not do so…moreover my Tweets the complainant is relying upon in the case have not been denied by me.”

John further said that the testimony made by Ramani’s friend Nilofer, whom she had reportedly stated about the alleged incident soon after it had taken place, “corroborates Ramani’s truth”.

“Nilofer’s message to Ramani in October 2018, after she tweeted about alleged incident also corroborate the truth stated by the scribe,” she said, claiming that Nilofer was “a witness of impeccable quality.” She further said that Ramani’s allegation was not politically motivated and her tweets were based on her own experience with Akbar.

The court will hear further arguments on September 14.

Akbar had earlier told the court that Ramani had defamed him by calling him with adjectives such as ‘media’s biggest predator’ that harmed his reputation.

M J Akbar has denied all the allegations of sexual harassment against the women who came forward during #MeToo campaign against him.

Akbar had earlier told the court that the allegations made in an article in the ‘Vogue’ and the subsequent tweets were defamatory on the face of it as the complainant had deposed them to be false and imaginary and that an “immediate damage” was caused to him due to the “false” allegations by Priya Ramani.

Ramani had earlier told the court that her “disclosure” of alleged sexual harassment by Akbar has come at “a great personal cost” and she had “nothing to gain” from it.

She had said her move would empower women to speak up and make them understand their rights at workplace.
Several women came up with accounts of the alleged sexual harassment by M J Akbar him while they were working as journalists under him.

He has termed the allegations “false, fabricated and deeply distressing” and said he was taking appropriate legal action against them.

Midnight raid at ‘gambling pit’ in Lonavala; 60 businessmen from Gujarat, 12 others arrested