This was done through a laboratory “secretly” controlled by Mehul Choksi through a British Virgin Islands (BVI) firm, according to a forensic report by John J Carney, the Examiner appointed by the US bankruptcy court. 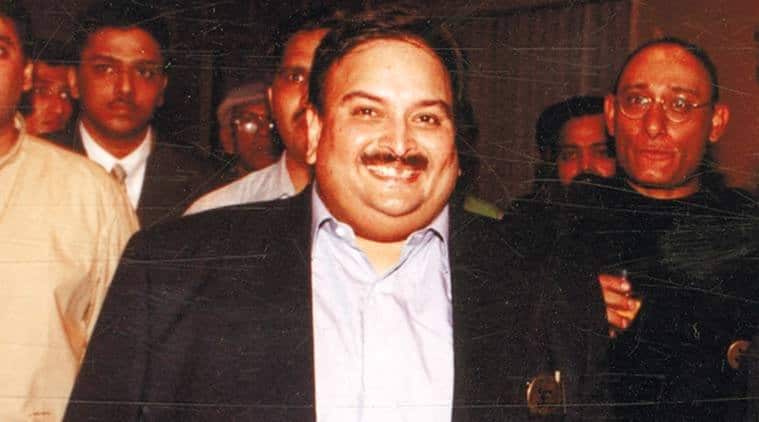 Mehul Choksi left India in the first week of January 2018, before the Punjab National Bank scam came out in public. (File Photo)

An investigation ordered by a US bankruptcy court has alleged that fugitive diamond trader Mehul Choksi’s firm in the US, Samuels Jewelers Inc., may have sold lab-grown diamonds to customers by wrongly certifying them as natural stones. This was done through a laboratory “secretly” controlled by Choksi through a British Virgin Islands (BVI) firm, said the report.

The forensic report by John J Carney, the Examiner appointed by the US bankruptcy court, has also alleged that Samuels Jewelers, owned by Gitanjali Gems Ltd, received about $20 million (Rs 139 crore) from the fraudulent Letters of Undertaking (LoUs) issued to Gitanjali by Punjab National Bank (PNB) in India. This money was received through a “sham royalty agreement” between Samuels Jewelers and firms controlled by Choksi, including a few companies in the Middle East which existed only on “paper”.

According to the report, Choksi’s son, Rohan, and his nephew, Nehal Modi, held a “leadership role” in Samuels Jewelers.

Nirav Modi, is accused of routing transactions of about Rs 15,600 crore through fraudulent LoUs of PNB. Nirav’s brother, Nehal Modi, has been named as a co-accused in the banking fraud by the CBI and Enforcement Directorate in its chargesheets. Both Choksi and Nirav Modi left India in the first week of January 2018, before the PNB scam came out in public.

The probe report said that a month after the PNB scam came to light in February 2018, Choksi met his associates, including Nehal Modi, in a New York City hotel to “discuss the financial condition of the undisclosed and disclosed affiliates of Gitanjali Gems” that had business with Samuels Jewelers.

Subsequently, one of the alleged affiliates of Gitanjali Gems in Texas — Voyager Brands, which had transactions with Samuels Jewelers — was instructed by Nehal Modi to destroy its servers as it contained “evidence of money laundering”.

The US investigators have found that Independent Gemological Laboratories (IGL), a diamond grading firm that graded the quality of diamonds sold by Samuels Jewelers to its retail customers, is owned by a BVI entity controlled by Choksi’s sister and a few of his close associates.

“…the Examiner identified one instance of IGL certifying a lab-grown diamond that had been labelled by Samuels as natural..,” said the investigation report.

According to the report, the chief executive officer of Samuels Jewelers, Farhad Wadia, in May 2017, alerted Choksi on the fraud at Samuels Jewelers. This included “circular transactions” worth $121 million (Rs 846 crore as on date) with “puppet vendors” to inflate the company sales to get money from lenders in the US, fraudulent royalty payments of $5.4 million received by Samuels Jewelers from the Middle East, and passing off lab-created diamonds as natural stones by the firm to customers.

However, Choksi, according to the probe report, in a two-hour long phone conversation with Wadia, denied the allegations and allegedly threatened him. “Don’t make accusations you can’t back or I will fix you,” Choksi told Wadia, according to the report.

The US investigators have defined “puppet vendors” as entities that were purported to be independent but were, in fact, controlled by Choksi and his co-conspirators. These vendors, mostly one-person front companies, were promised a fee of 1 per cent for laundering the money, said the report. It named some of these vendors as Exclusive Design Direct Inc., Cole and Associates, Chuanngzuo Shang Wu Limited, Shanyao Gong Si Ltd, Al-Arbaa Jewels FZE, and Taipingyang Trading Ltd.

According to a statement by one such puppet vendor, Cole and Associates, Choksi used the firm as a “ghost” and “pawn” to “conceal the true nature of transactions”.

An email to Carney did not elicit any response.

The investigation also found that Samuels Jewelers “fraudulently induced” two financial institutions — Wells Fargo Bank N.A and Gordon Brothers Finance Company — to lend crores of rupees to it, which was laundered and “ultimately funnelled outside the US to Choksi-controlled entities in India, Dubai and Hong Kong”. The probe found that Samuels Jewelers routed money borrowed from Wells Fargo and Gordon Brothers to Choksi’s firm in India for re-payment of LoUs and Foreign Letter of Credits (FLCs) of Indian banks.

Rajasekharan quits as Mizoram Governor, may be BJP’s Thiruvananthapuram choice