Mecca Masjid blast verdict highlights: The pipe bomb explosion at the historic Mecca Masjid in Hyderabad killed eight and left 58 others injured. Ten persons allegedly belonging to right-wing organisations were named as accused in the case.

Mecca Masjid blast verdict highlights: Swami Aseemanand, one of the ten accused, is out on bail (File)

The pipe bomb explosion at the historic Mecca Masjid in Hyderabad killed eight and left 58 others injured. Five others were also killed after police opened fire to control a rioting mob during the Friday prayers in Mecca Masjid on May 18, 2007.

After an initial investigation by the local police, the case was transferred to CBI, which filed a chargesheet. The NIA took over the probe in April 2011. A total of 226 witnesses were examined during the trial and as many as 411 documents exhibited. During the examination, 64 of them, including Lt Col Shrikant Purohit, turned hostile.

BJP spokesperson Sambit Patra launched an attack on Rahul Gandhi-led Congress party and said, 'The Congress party has been exposed like never before. Saffron terror a very derogatory term that they repeatedly used. This is the same party that hailed the 2G scam verdict. Will they not welcome the judgment today? Will Rahul Gandhi come out with a candle at midnight to apologise?"

"It is now up to the govt to examine order and decide if a further appeal is required. As it is a judicial matter I would not like to comment on it," Congress leader Ashok Gehlot said, reported ANI

NIA to take further action after examining the verdict

NIA will examine the court judgment after they get a copy. Further course of action will be decided only after that

"People who perpetrated the Mecca Masjid attack were protected through misuse of NIA. This is what is alarming. How do you compensate those who suffered and were maligned? Will Congress or anyone else who propagated this theory compensate them?" RVS Mani, former MHA Under-Secretary said

I had expected it. All the pieces of evidence were engineered, otherwise, there was no Hindu terror angle: RVS Mani, former Under Secretary, Ministry of Home Affairs on all accused in Mecca Masjid blast case acquitted pic.twitter.com/d8lDnqE5cG

All accused in the Macca Masjid blast case were acquitted by the special NIA court in Hyderabad. No evidence was presented the court said in its judgment

Shaik Abdul Kaleem, 27, whom Swami Aseemanand allegedly confessed his role in planning the Mecca Masjid blast while they were lodged at Chanchalguda Jail in Hyderabad, plans to write a memoir but is wondering if anyone would publish it. “I want people to know what happens in these cases. Aseemanand clearly told me he was involved in the blasts but he retracted his statement later and that is it. I risked my life when I went to Ajmer and Panchakula to record my statement in courts hoping for justice. I do not know who to believe now,’’ Kaleem said. Read more

During the trial, the prosecution led by NIA’s Chief Public Prosecutor N Harinath, examined 226 listed witnesses. During examination 64 of them, including Lt Col Shrikant Purohit, turned hostile on February 14, 2018. Purohit claimed that his statement was never recorded, either by the CBI or NIA. NIA’s Special Public Prosecutor N Harinath told The Indian Express that Purohit was listed as witness to identify Swami Aseemanand, Sunil Joshi, Devendra Gupta and other accused, and prove that Aseemanand called him after the murder of Joshi, an accused in Ajmer Dargah blast case.

Hyderabad Police detained at least 38 Muslim youths on suspicion of being involved in the planning and execution of the blast. The case was first registered at Hussaini Alam Police Station and was then handed over to CBI. The National Investigation Agency took over the probe in April 2007.

In struggle to survive after my father’s death, can’t believe 11 years have passed: Kin of deceased

Riyaz Khan lost his father and brother-in-law in the Mecca Masjid blast on May 18, 2007. Riyaz seems to have lost track of all time and the legal proceedings in the daily struggle for survival. “For the first few months I had followed the case, but as months and years passed by I forgot about it. I don’t even know in which court the case was going on. I heard about some Muslim boys being arrested and then someone said a Hindu group and (Swami) Aseemanand were involved. I don’t have much about idea about it. Justice is delayed, but I am sure God will punish the guilty,” Riyaz told The Indian Express. Read more

Security heightened in Hyderabad ahead of verdict

Security has been tightened in Hyderabad ahead of Mecca Masjid blast case verdict. Police personnel have been asked to keep a tight vigil to enusre that law and order is maintained in the city.

A pipe bomb exploded in Hyderabad's Mecca Masjid during the Friday prayers on May 18, 2007. The blast caused by a cell phone-triggered bomb killed nine and injured dozens. Two more live IEDs were found and defused by the police. Reports suggest that more than 10,000 people were inside the mosque when the explosion took place. The bomb was placed under a heavy marble platform, which took the force of the impact and saved many lives.

Five people were also killed after police opened fire to controll the mob.

Swami Aseemanand, one of the ten accused was granted bail in 2017

Swami Aseemanand, a former RSS activist, was arrested on November 19, 2010, in connection with the Mecca Masjid blast after he gave a signed declaration that he and several members of Abhinav Bharat had conspired and executed the bomb blast at the mosque. He was later granted bail on March 23, 2017.

The trial held at the IV Additional Metropolitan Session Court, a special NIA court, at Nampally court complex in Hyderabad was completed last week. The verdict was posted for today

Welcome to the live blog. A special NIA court is likely to pronounce its verdict in the Mecca Masjid blast case, which killed 9 and injured 58 others. Follow this space as we track all the latest developments of the case 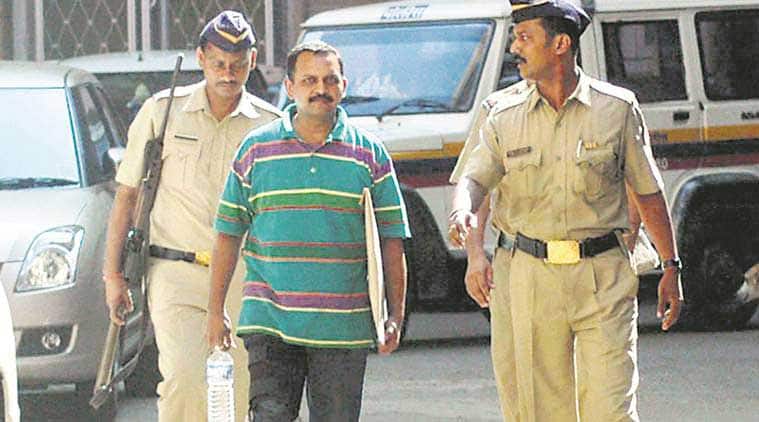 Hyderabad Police detained at least 38 Muslim youths on suspicion of being involved in the planning and execution of the blast. The case was first registered at Hussaini Alam Police Station and was then handed over to CBI. Swami Aseemanand and Bharat Mohanlal Rateshwar are out on bail while three others have been lodged in Hyderabad's Central prison.