Officials said the National Safai Karamcharis Finance & Development Corporation (NSKFDC) will soon extend loans directly to municipalities at four per cent interest for a period of 15 years so that they can invest in machines. 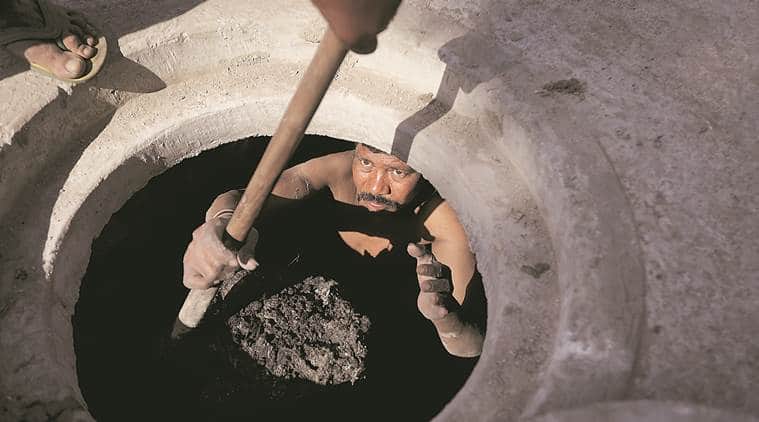 All urban local bodies will have to adopt mechanised cleaning of sewers and septic tanks, according to a draft national plan for elimination of manual scavenging.

To enforce the move, the draft plan proposes the amendment of The Prohibition of Employment as Manual Scavengers and their Rehabilitation Act for charges to be pressed directly against authorities of urban local bodies in case of sewer deaths. Sources said this authority could be either the Municipal Commissioner or District Magistrate or the sanitary inspector for the region.

Under the draft plan, every urban local body will be required to stock machines of all sizes that can be used for cleaning sewers under their jurisdiction or that can be hired by private households for cleaning septic tanks since only 40 per cent of urban India is covered by sewage networks.

The action plan will be operationalised following approval from the Prime Minister’s Office, said officials from the Ministry of Social Justice and Empowerment.

Officials said the National Safai Karamcharis Finance & Development Corporation (NSKFDC) will soon extend loans directly to municipalities at four per cent interest for a period of 15 years so that they can invest in machines.

“There can’t be prevention of hazardous cleaning and sewer deaths unless we push the mechanisation drive. Until now, the NSKFDC was loaning directly to people engaged as manual scavengers or their self-help groups so that they would be rehabilitated in alternative occupations. But it was found that it was beyond the capacity of the workers to take a loan up to Rs 20 lakh. Therefore, the money will now be given as loans to urban local bodies for procuring machines,” an official said.

Hardlook: Contractors offer a few extra bucks, desperate labourers get into dark holes to clean sewage and suffocate to death

It’s for the first time that four ministries have come together to draft an action plan for elimination of manual scavenging through a mechanisation drive: Social Justice, Rural Development, Housing and Urban Affairs, and the Department of Drinking Water and Sanitation in the Jal Shakti Ministry.

In October 2017, The Indian Express had reported that despite the practice being outlawed in 1993, it could not be eliminated since it was always dealt in a silo by the Ministry of Social Justice instead of involving ministries dealing with sanitation, urban and rural development.

In the first six months of 2019, as per conservative estimates available with the National Commission for Safai Karamchari, 50 people have died cleaning sewers and septic tanks in urban India. The Social Justice Ministry has now suggested that the law be amended so that sanitation inspectors could be held culpable for the deaths.

However, considering that in most cases sanitary inspectors have not even been appointed, senior officials from the Ministry of Housing and Urban Affairs have recommended that the police should directly file an FIR against the Municipal Commissioner or the District Magistrate.

The authorities will be held legally responsible both in cases where the deaths have occurred owing to the urban local body contracting the cleaning to a private firm which hires a person to enter the sewer, or even in cases where private households hire such persons to get the septic tank cleaned.

“All this while human entry in sewers was banned as per law but no alternative was made available. We recently held a global technology challenge, which showed that there are several options available from Super Sucker machines in the range of Rs 60 lakh to Rs 3 crore for cleaning the bigger sewer trunks, to smaller jetting, cutter or sucker machines, which cost only about Rs 6 lakh and can be used for cleaning the worst clogged sewers in narrow lanes,” an official from the Housing and Urban Affairs Ministry said.

The official said mechanisation of sewer cleaning will initially be made mandatory in all cities with a population over one lakh people. However, the Urban Affairs Ministry has not yet committed to allocating any funds for the mechanisation in their budget or in their schemes such as Smart City Mission or Atal Mission for Rejuvenation and Urban Transformation (AMRUT). This is required for extending grants to municipalities, especially for funding higher-end machines since NSKFDC has limited funding and can extend loans of only between Rs 20 lakh and Rs 40 lakh.

Empty dams of Saurashtra will be filled up with Narmada water: CM Rupani