On August 24, Swamy had tweeted: “India should invade Maldives if rigging of election takes place”. The tweet included a link to a Maldivian news report on a meeting between Swamy and former Maldives President Mohamed Nasheed in Colombo early last week. 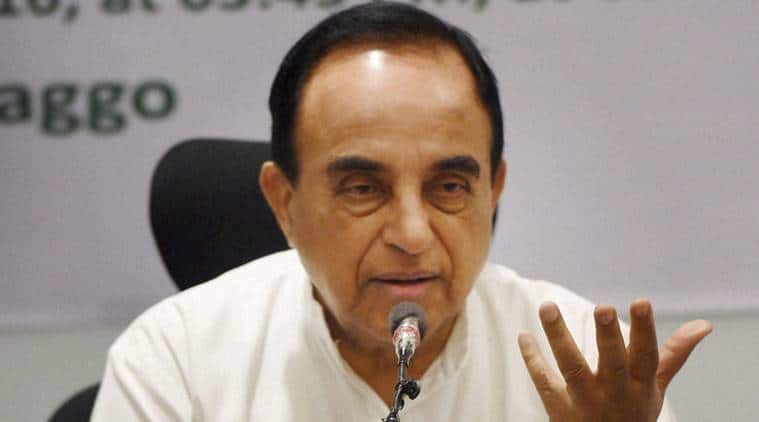 With barely a month to go for elections in Maldives, tension between New Delhi and Male has escalated following a tweet by BJP Rajya Sabha MP Subramanian Swamy, calling for “invading” the island nation if the polls are “rigged”.

The meeting between Sareer and Mishra took place at around 11 am local time (10.30 am IST) in the Maldives foreign ministry. This was followed by a meeting with ambassadors from seven countries, who were briefed by the government about the upcoming elections in Maldives on September 23.

On August 24, Swamy had tweeted: “India should invade Maldives if rigging of election takes place”. The tweet included a link to a Maldivian news report on a meeting between Swamy and former Maldives President Mohamed Nasheed in Colombo early last week.

Responding to a query on Swamy’s tweet, the Ministry of External Affairs’s official spokesperson Raveesh Kumar said: “The opinion expressed by Dr Swamy in his tweet is personal. It does not reflect the views of the Government of India.”

Sources in Delhi said Mishra conveyed the same message to Sareer during their meeting.

On August 22, Swamy had tweeted that Nasheed was apprehensive of “gross rigging” in the elections and that India cannot allow that to happen as a neighbour. “We need an action plan,” Swamy said, adding the “current usurper” Maldives President Abdullah Yameen has “humiliated Indians”.

Suspicions in Maldives on Delhi’s role has intensified after India expressed concern over the announcement of elections without allowing democratic institutions, including Parliament and the judiciary, to work in a free and transparent manner.

India had said that it wanted “credible restoration” of the political process and the rule of law before the elections are conducted. Swamy’s tweet is being viewed in the Maldives as an indication of Indian strategy and a “provocative” statement from the ruling party in Delhi, sources said.

Relations between India and Maldives has soured, especially since February this year, when Yameen declared emergency for 45 days despite Delhi’s call for restraint.

On Sunday, Swamy tweeted again on the issue: “Why is the present Govt of Maldives upset by my “If then” statement that if Maldive’s…general election is rigged then India should invade that nation? Already Indians in that nation are fearing reprisals. We have to protect our citizens.”