The Supreme Court has given the parties time till July 27 to frame their issues for the larger bench, and said the matter would be taken up again on August 1. 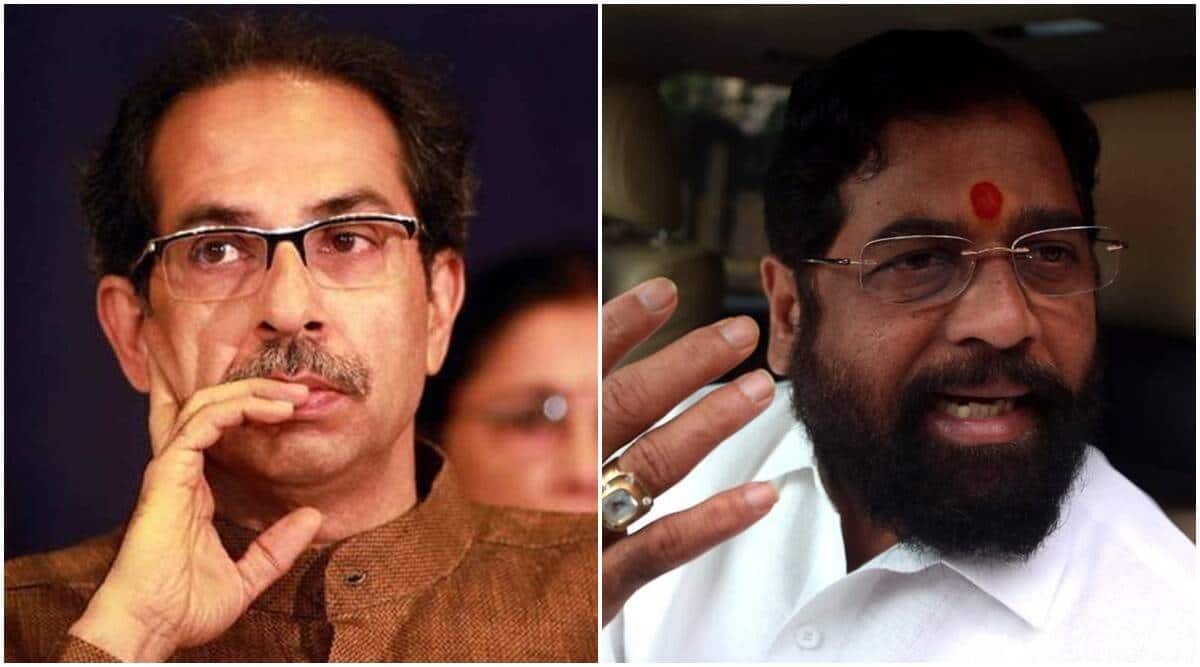 Uddhav Thackeray faction of the Shiv Sena, in its plea, has challenged disqualification proceedings initiated against them under the constitutional scheme. (File photo)

The Supreme Court Wednesday said some issues related to the dispute between the two Shiv Sena factions — led by Chief Minister Eknath Shinde and Uddhav Thackeray — may be referred to a larger bench. The court gave the parties time till July 27 to frame their issues for the larger bench, and said the matter would be taken up again on August 1.

The apex court was hearing a batch of petitions related to the political crisis in Maharashtra, which led to the downfall of the Maha Vikas Aghadi (MVA) government in the state. Thackeray resigned as the chief minister on June 29. Shinde, who led the revolt against Thackeray, was sworn in the next day with BJP leader and former CM Devendra Fadnavis as his deputy.

The Thackeray faction had moved the top court challenging disqualification proceedings initiated against MLAs under the constitutional scheme.

It also challenged the decision of the Maharashtra Assembly Speaker to recognise the whip nominated by the Shinde faction as Chief Whip of Shiv Sena. “The Speaker recognising a whip other than the official whip nominated by the party is malafide,” Senior Advocate Kapil Sibal, appearing for the Thackeray faction, told the Bench headed by Chief Justice of India N V Ramana and comprising Justices Krishna Murari and Hima Kohli.

Sibal also argued that Maharashtra Governor Bhagat Singh Koshyari should not have sworn-in the new government when the apex court was seized of the matter.

Sibal further argued that democracy is in danger if governments of any state can be toppled despite the bar under the Tenth Schedule of the Constitution. He said that as per the Tenth Schedule, the 40 Sena MLAs who switched to the Shinde camp are deemed to have incurred disqualification by giving up party membership; by voting for a candidate put up by BJP as Speaker in violation of official whip; and by voting in the vote of confidence violating official whip.

“What happens to the verdict of the people? The Schedule that has been used to prevent defection has been used to instigate defection. In other words, the Tenth Schedule has been turned topsy-turvy,” Sibal was quoted as saying by Bar & Bench.

Senior advocate Abhishek Manu Singhvi, also appearing for the Thackeray camp, said the condition in the Tenth Schedule is that not only should you have two-thirds going, but also the two-thirds should merge with another party. “It is common ground that my friends have not merged with another party. They are not calling themselves BJP,” he said, urging the Bench to “reach back in time and reverse”.

Senior advocate Harish Salve, appearing for the Shinde camp, said nothing is wrong if “a large number of people in a party feel that another man should lead”.

“The moment you gather enough strength within the party and stay within the party to question the leader without leaving the party, and say we will defeat you in the house, that is not defection,” Salve was quoted as saying by LiveLaw.

The CJI-led bench on July 11 had granted interim relief to the MLAs of the Thackeray faction by asking Maharashtra Assembly Speaker Rahul Narwekar not to proceed with the plea seeking their disqualification, as sought by the Shinde group on the grounds of defying the party whip during the trust vote and the election of the Speaker.