Maharashtra Govt Formation highlights: Sanjay Raut asked that if the people's mandate was for the 'Mahayuti' (grand alliance), why the BJP was not staking claim to form the government.  Raut, however, denied Sena MLAs being taken to a hotel. 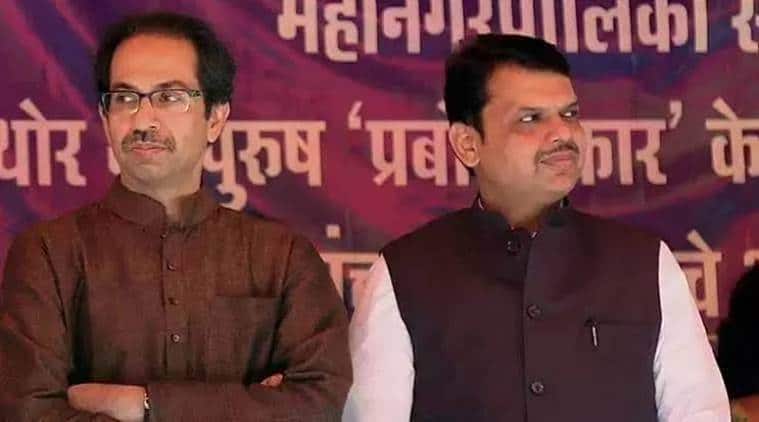 Shiv Sena MLAs on Thursday passed a resolution authorising party chief Uddhav Thackeray to take a “final decision” on government formation in Maharashtra. After the meeting of the Sena MLAs at Thackeray’s residence ‘Matoshree’, all the legislators were shifted to Rangsharda Hotel amid the ongoing uncertainty over government formation and fear of switching sides.

As the power tussle between the BJP and the Shiv Sena continues over the chief minister’s post, Maharashtra BJP president Chandrakant Patil and Finance Minister Sudhir Mungantiwar along with other senior party leaders met Governor Bhagat Singh Koshyari to discuss “legal aspects” of the delay in the formation of a government in the state after the October 21 elections. Addressing reporters after the meeting, Patil said they informed the governor that the people of Maharashtra have given the mandate for Mahauti (Grand alliance).

Meanwhile, Shiv Sena remained adamant on the CM post. Sena MP Sanjay Raut said, “There will be Sena CM. There is no change in the stand of Sena. Uddhav Thackeray will not break the alliance. The Sena chief has been saying this since October 24. It is up to the BJP now.”

He also asked that if the people’s mandate was for the ‘Mahayuti’ (grand alliance), why the BJP was not staking claim to form the government. Raut, however, denied Sena MLAs being taken to a hotel.

The Congress in Maharashtra on Thursday accused the BJP of trying to lure away newly-elected opposition MLAs and blamed the saffron party for delay in government formation in the state. State Congress president Balasaheb Thorat claimed the BJP has got in touch with MLAs from the opposition camp. He said the state and its farmers are suffering due to the ongoing tussle between the BJP and its ally Shiv Sena over the shape of the next government.

No headway in Maha govt formation as BJP, Sena refuse to budge

The wait for a new government in Maharashtra prolonged on Thursday, with the BJP not staking claim, while an aggressive Shiv Sena remained firm on rotation of the chief minister's post. Sena president Uddhav Thackeray, who hasn't blinked in the protracted battle of nerves with the senior alliance partner, was quoted as saying that the Amit Shah-led party should approach him only if ready to give Sena the CMs post.

Senior Shiv Sena leader Sanjay Raut on Thursday accused the BJP of delaying the process of government formation in Maharashtra and creating a situation for the imposition of President's rule. Addressing a press conference here, he said the BJP should declare that it is unable to form the government and then the Shiv Sena will take further steps. Reiterating the Shiv Sena's demand for sharing the chief minister's post, he said the state's CM will be from the Uddhav Thackeray-led party only. "You will know on the floor of the House. We have the numbers," he claimed.

Tourist spots near Mumbai such as Khandala and Matheran may soon get booked: Congress leader Sanjay Jha

Taking a dig at the BJP, Congress's national spokesperson Sanjay Jha said resorts in tourist spots near Mumbai such as Khandala and Matheran may soon get booked (for shifting MLAs there to guard them from poaching attempts). "But given the money they have, the BJP should also consider Maldives, Bahamas, Bermuda and Pattaya," he quipped. Maharashtra NCP chief Jayant Patil claimed, without naming any party, that some MLAs were being offered inducements to cross over. "Some MLAs are being lured now. But in case anyone defects (to the BJP), other parties will come together and defeat him/her (in bypoll)," Patil said.

Security outside Hotel Rangsharda in Bandra

Security outside Hotel Rangsharda in Bandra after many Sena MLAs were shifted here after a meeting at Matoshree Bandra in Mumbai. (Express photos by Prashant Nadkar) Eye on China, India and US to deepen ties on defence, AI, quantum computi...
Budget 2023: Inclusive development first among ‘saptarishis’, but not muc...
Govt’s ‘mitr kaal’ budget proves it has no roadmap to b...
No compulsion, but new tax regime more attractive, says Sitharaman after ...
Kerala journalist Siddique Kappan to walk out of jail soon as Lucknow cou...
More from India >>
Banner supporting Aditya Thackeray as CM outside Matoshree in Bandra

Does Yuti have moral right to form govt if Sena fears poaching by BJP: Cong

The Congress on Thursday questioned the BJP-Shiv Sena alliance's "moral right" to form government in Maharashtra if the Sena apprehends poaching of its MLAs by its senior ally. The Nationalist Congress Party, the other prominent opposition party, claimed that MLAs were being approached with inducements for switching camps. "Shiv Sena is alliance partner of BJP and part of Maha-yuti (grand alliance). If it is afraid that BJP will poach its MLAs, then we can very well understand how much morally corrupt the BJP is, and why we must save Maharashtra from them," said state Congress general secretary Sachin Sawant. "Does Mahayuti have the moral right to form government now?" Sawant tweeted.

Call me if ready to give CM’s post, otherwise don’t: Uddhav to BJP

After the 14th day of the deadlock over power sharing in Maharashtra, Shiv Sena chief Uddhav Thackeray Thursday said he did not intend to break the alliance but expected BJP to keep its promise— of equal power sharing— made during the Lok Sabha elections. “I don’t want to break the alliance, but I want the BJP to implement what was decided during the Lok Sabha elections,” he told a meeting of Sena MLAs held in Mumbai today. Read More

The Shiv Sena has been maintaining that in February this year, before the Lok Sabha polls, it was decided that there will be equal sharing of posts and responsibilities between the party and the BJP. While the Shiv Sena has been insisting on sharing the chief minister's post, the BJP has rejected it. Both the parties are locked in a tussle over the issue of the chief minister's post, resulting in a stalemate in government formation despite results of the October 24 Assembly polls giving the alliance a combined seat strength of 161, way past the 145 majority mark in the 288-member House.

Thackeray was "hurt" over the ongoing developments in Maharashtra: Shiv Sena MLA

Another MLA, on condition of anonymity, said Thackeray was "hurt" over the ongoing developments in the state. "He (Thackeray) feels issues could have been resolved by sitting across the table. This did not happen. Instead, what was decided was denied. Uddhavji said he did not want to break the alliance with the BJP. He only expects that what was decided be implemented," the legislator said. "He told us to wait and watch," the MLA added.

Whatever decision Uddhavji takes will be binding on all of us: Sena MLA Sunil Prabhu

"It is necessary for all the MLAs to be together in the prevailing situation. Whatever decision Uddhavji takes will be binding on all of us," Sena MLA Sunil Prabhu said.

Thackeray chaired the meeting of all party MLAs for over an hour during which discussions were held on the political situation and the legislators reiterated that the formula of "equal sharing of posts and responsibilities" agreed upon before the Lok Sabha polls should be implemented. The party also appeared firm on its decision of sharing the chief minister's post for two-and-a-half-years each with the BJP.

Shiv Sena MLAs on Thursday passed a resolution, authorising party chief Uddhav Thackeray to take a "final decision" on government formation in Maharashtra. After the meeting of the Sena MLAs at Thackeray's residence 'Matoshree', all the legislators went to Rangsharda Hotel, close to the party chief's home in suburban Bandra, where they have been shifted amid the ongoing uncertainty over government formation and fear of switching sides.

Sanjay Raut said, "Shiv Sainiks never lies and keeps their word. Shiv Sainiks never backstabs anyone for power or other things. If you are considering yourself as Shiv Sainik, then they need to understand the sanskar of Shiv Sainik, said Raut on BJP minister Sudhir Mungantiwar's statement that Devendra Fadnavis is Shiv Sainik and he will be the Sena CM. he also said, "BJP should announce that they are not able to form the government. Then we will decide."

Maharahstra govt formation: There will be Sena CM, no change in stand, says Sanjay Raut

Raut said, "There will be Sena CM. There is no change in the stand of Sena. Uddhav Thackeray will not break the alliance. The Sena chief has been saying this since October 24 till date. It is upto the BJP."

Raut denies Sena MLAs being taken to a hotel

Sanjay Raut also said, "In 2014 also, they had made a similar argument but there is a lot of difference since then. After November 8, we are working as 'sevaks' to the people of Maharashtra and our way of functioning is 'Saam daam dand bedh'. It is the philosophy which is for the state, and not for a political party." Raut also denied Sena MLAs being taken to a hotel.

Sanjay Raut said, "We are trying to find an alternative to make this alliance work, however no change in our stand. Uddhavji, you are on the right path and we are with you for the welfare of the state and its people. Maharashtra's mandate has come for the mahayuti. The gathbandhan does not come for a single party, but if BJP thinks they are the single largest party, then they should stake a claim." 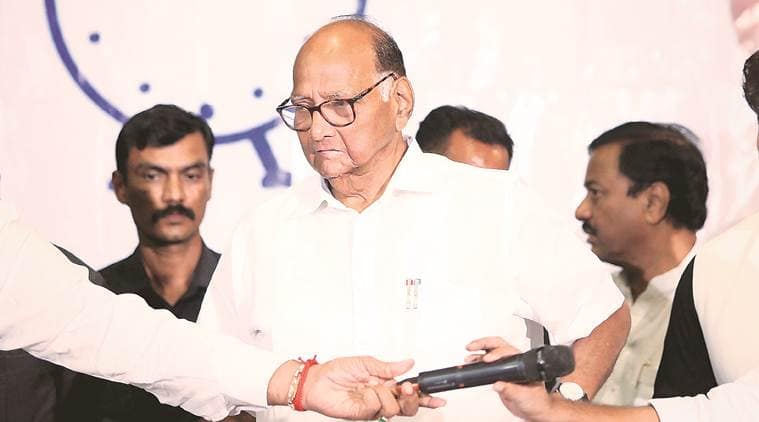 Sharad Pawar on Wednesday ruled out any role of the NCP in forming the next Maharashtra government and claimed that his party and ally Congress will work as a strong Opposition. “The BJP-Shiv Sena has been given the mandate to form the government and they should realise this responsibility and form the government quickly. The Congress and NCP have been asked to sit in the Opposition by the electorate and we will do our job as per the wishes of the people,” Pawar told mediapersons in Mumbai.

The remarks came after Sena MP Sanjay Raut, who has been insisting that the next CM of the state would be from Sena, met Pawar for the second time in a week on Wednesday.

There had been speculation over the past few days that the NCP may prop a Sena government if the latter decided to break its alliance with the BJP. Second-rung NCP leaders like Nawab Malik had claimed that anything was possible in Maharashtra and the onus of taking the initiative lay with the Sena.

Pawar, however, scotched all such rumours and said that he believed that BJP-Sena would finally come together. “BJP and Sena have been in an alliance for the last 25 years. I am sure that today or tomorrow, they will come together,” he added.