Mob lynched three right under police nose, probe ordered this time as little more than eyewitnesses as the mob pulled the three men out of the police van and lynched them at Gadchinchle village. 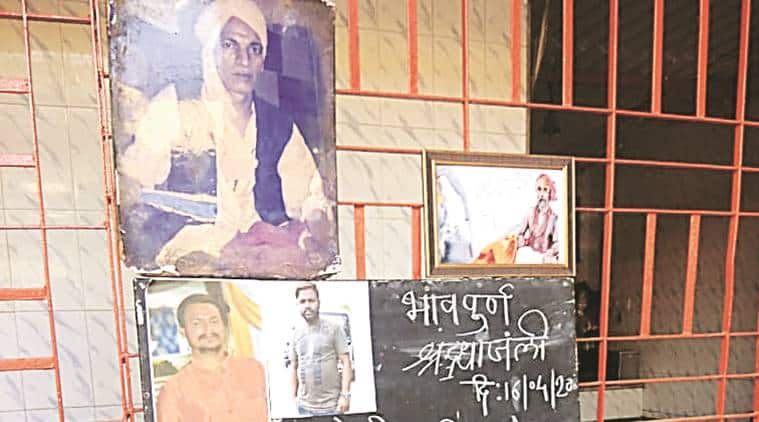 Photographs of the three victims outside a temple

The lynching of three men by a mob at Gadchinchle village in Palghar Thursday night happened right under the nose of a police team led by two officers — who should have known better. For, barely 48 hours earlier, they had responded to a similar situation in the same district.

On Monday, the two officers, Assistant Police Inspector Anandrao Kale and Police Sub Inspector Sudhir Katare of Kasa police station, were suspended for their failure to prevent the lynching at Gadchinchle.

Two days earlier, on April 14, Kale and Katare were present at Sarni Patilpada village, 60 km from Gadchinchle, where a mob attacked a Thane-bound car with two doctors and their driver, allegedly on the suspicion that they were “thieves”. In this case, though, police managed to drive the occupants of the car out of the area, which, according to the district administration, has been rife with rumours of thieves, organ traffickers and child kidnappers for the past three months. 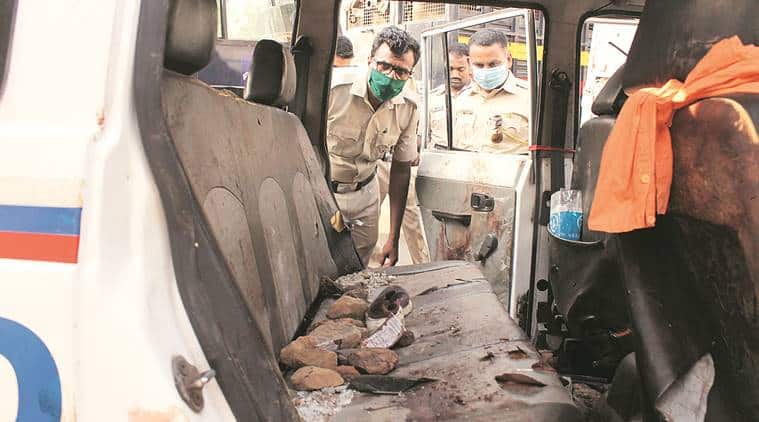 The victims were travelling in a van. (Express Photo by Deepak Joshi)

On April 16, Mahant Kalpavruksha Giri (70) and Sushilgiri Maharaj (35), had hired a driver, Nilesh Yelgade (30), to take them from Kandivali to attend a funeral in Surat, Gujarat.

As they neared Gadchinchle village, on the border with Dadra and Nagar Haveli, they were stopped by guards of the forest department and told to go back. Soon, a mob gathered at the spot and, accusing the occupants of the car of being thieves, attacked them. A team of four policemen from Kasa reached the spot, but by then, the mob had overturned the car. Another team of 16 police personnel reached the spot 45 minutes later and managed to get the three men to sit in two separate police vehicles. But the mob pulled them out of the police vans and lynched them.

A video of the lynching shows Giri pleading with a 56-year-old Assistant Sub Inspector, who is seen simply walking away while the mob attacks Giri. The video also shows some of the police personnel running away from the violence.

When asked about the video and the alleged inaction of the police, Kale, who is also the SHO of Kasa police station, said, “The video only shows half the story. It does not show that we first rescued the men and took them inside the van. One of our colleagues has health issues and could not have fought back. Twenty policemen could not have fought back against a mob of 500,” said Kale.

👉🏽 READ | Where does one go for justice when cops turn spectators: wife of deceased Police officials of Kasa investigating the spot in the Gadchinchle village. (Express photo)

On why only a four-member team went to the spot despite rumours in the area and the incident that occurred two days earlier, Kale said, “The forest guard who called us only said there is an incident and that a few people had gathered. As soon I got there, I called for a backup. At night, we do not have as many people on duty as in the day. Sixteen people rushed from Kasa police station and the SP and around 300 other policemen reached two hours later as they were in Palghar town,” he said.

Palghar Superintendent of Police Gaurav Singh too defended Kale, saying he called for reinforcement when he assessed the situation on reaching the spot. “API Kale received the phone call at 10 pm and reached the spot 45 minutes later as it was quite a distance away. Initially, he was informed that only a small number of villagers had gathered around the vehicle. But by the time he and three other officials reached the village, the number had increased. After assessing the situation, he called for 20 more policemen,” he said.

Police have so far arrested 110 people in the case.

According to police, the victims had taken a route through villages to evade police check-posts where they would have been stopped for violating the lockdown, but the forest officials had forced them to turn back at the state border.

👉🏽READ | No Hindu-Muslim or any communal angle in Palghar lynching case: Uddhav 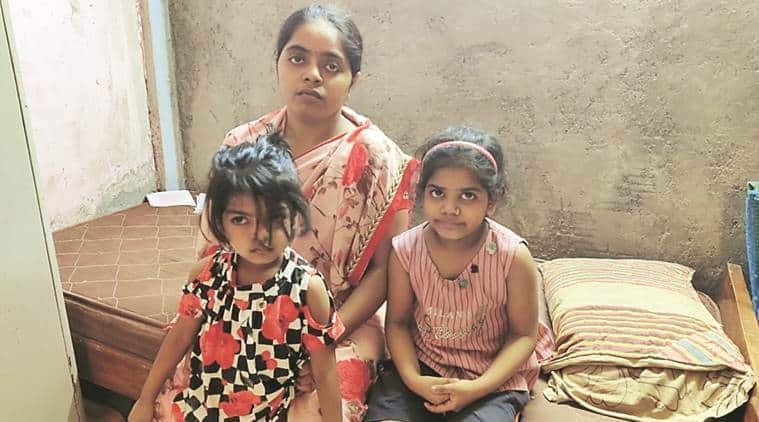 The family of Nilesh Yelgade, who was among the three killed, at their home in Kandivali. (Express photo)

On Monday, Maharashtra Home Minister Anil Deshmukh announced that an investigation into the lynching would be conducted by the Criminal Investigation Department (CID) and directed Inspector General of Police, Konkan Range, Niket Kaushik, to investigate the role of policemen at the scene of the crime.

In the earlier incident of April 14, a group of 200-250 men armed with sticks, stones, sickles and pickaxes had gathered at Sarni Patilpada village and attacked a car that was on its way to Thane.

According to an FIR filed at Kasa police station, the occupants of the car, Dr Vishwas Walvi and Dr Aniruddha Makhecha, members of a charitable trust in Thane, had, along with their driver Rajesh Mishra, travelled to tribal hamlets deep inside Palghar district to assess the health of communities living there and to provide food and medical treatment. On the way back to Thane that night, they had also stopped to meet a journalist with a Marathi television news channel.

The FIR says that as the mob grew restless, police contacted the journalist to verify the identity and version of the travellers and then tried to reason with the villagers to allow the car to pass through. Though more police personnel arrived at the spot, the villagers allegedly started pelting stones at the police, their vehicles and the car in which the doctors were travelling. 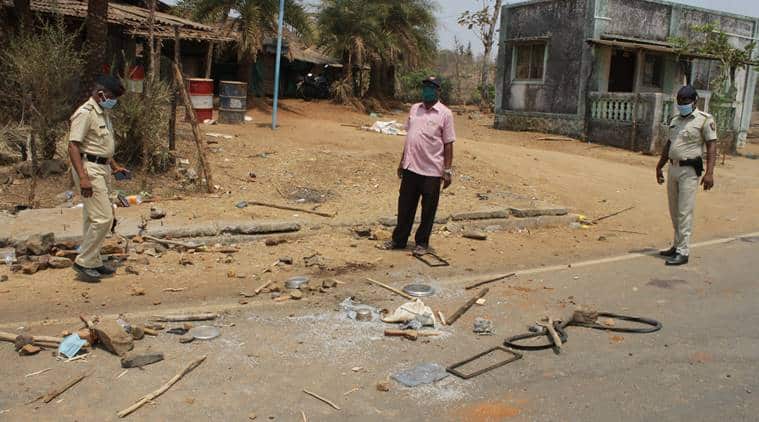 The video also shows some of the police personnel running away from the violence.

While police managed to drive the occupants of the car to Kasa police station, the FIR also says Kale, Katare and a police constable sustained injuries on their arms and backs for which they “were administered first-aid”.

Sixteen members of the mob were named as accused in the FIR and a case of unlawful assembly, rioting and assault registered against them.

Amid niggles, production lines for protective gear start revving up in Punjab