Madhya Pradesh has contributed 33 per cent of the 386.54 lakh MT wheat procured in the country, the highest in its history. 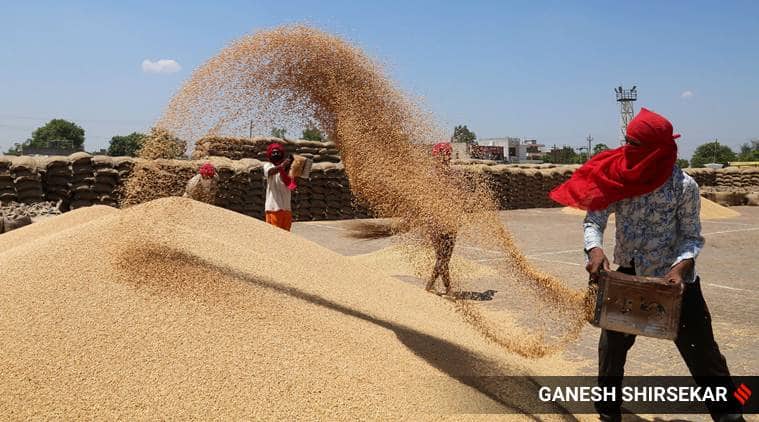 Initially, MP had a target of 100 LMT of wheat procurement during current rabi season but it was revised upward to 140 LMT. (Representational)

Madhya Pradesh on Monday became the largest wheat-procuring state for the central pool during the 2020-21 Rabi marketing season after surpassing Punjab.

Procurement in Punjab ended on May 31. Madhya Pradesh’s procurement was delayed by nearly three weeks. It was to begin the process on March 25 but could begin it only on April 15 after postponing it twice.

Initially, MP had a target of 100 LMT of wheat procurement during the current Rabi season but it was revised upward to 140 LMT.

An official spokesman said nearly 118 lakh MT, or 95 per cent, of the wheat procured this year, has been sent to warehouses and godowns. A record 81 per cent of the total number of farmers who had registered themselves turned out at the procurement centres. Last season, only 48.36 per cent had turned out.

While there is no official explanation for the unprecedented spike in MP’s wheat procurement, sources said one reason could be the lower participation of private players because of Covid lockdown restrictions.

“Usually, private players go to buy MP wheat, which is considered of better quality. But this year, the private participation has been less,” a source said.