"The Act differentiates between illegal immigrants on religious grounds. It's against the secular spirit of the Constitution," the resolution reads. 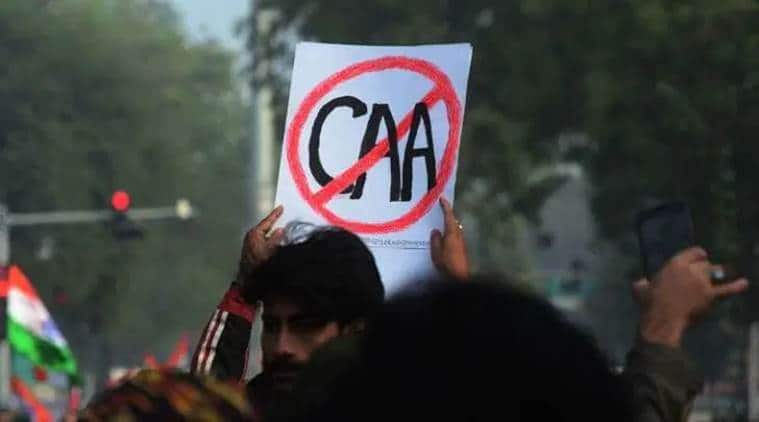 The resolution says protests have been held against the law across the country, including in MP, and ‘people belonging to all class have been part of them’. (File)

Arguing that the new citizenship law violates the ethos of the Constitution, Madhya Pradesh Cabinet Wednesday passed a government resolution against the Citizenship Amendment Act (CAA), requesting the Centre to revoke it.

“The Act differentiates between illegal immigrants on religious grounds. It’s against the secular spirit of the Constitution. For the first time since the Constitution was adopted, a law has been passed that differentiates between people according to their religion. This will endanger the secular and tolerant nature of the country,” reads the resolution.

“People are at loss to understand why such provisions have been included in the law. There is suspicion among the minds of the people. Protests have been held across the country. MP has seen peaceful protests and people belonging to all class have been part of them,” it adds.

The resolution also requests the central government to withdraw new columns in the NPR and to update the population register only after that.

Two BJP leaders in the state — Ajit Borasi and Maihar MLA Narayan Tripathi — have also spoken out against the CAA, saying it could divide the country. In January, around 80 Muslim leaders resigned from the primary membership of the party in protest against the Act, calling it a “divisive” measure.

Before MP, Kerala, Punjab, West Bengal and Rajasthan have passed a resolution against the amended citizenship law. Chhattisgarh is mulling a similar move in the Budget session of its Assembly. The Telangana government has also announced that it will not implement the legislation, which has seen widespread protests across the country.

On Wednesday, Maharashtra Chief Minister Uddhav Thackeray said while his government would not pass a resolution against the CAA, he would not allow the proposed National Register of Citizens to be implemented in Mahrashtra.

“Proving citizenship will be difficult for Hindus and Muslims. I will not let NRC to come in. As Chief Minister or without Chief Minister, I will not allow anyone to take away anybody’s rights,” Thackeray said.