Made in Chanpatia: Migrants now entrepreneurs at Start-up Zone

Chanpatia’s Start-Up Zone is the brainchild of District Magistrate Kundan Kumar, who is among the 19 winners of The Indian Express Excellence in Governance Awards for 2020 and 2021. 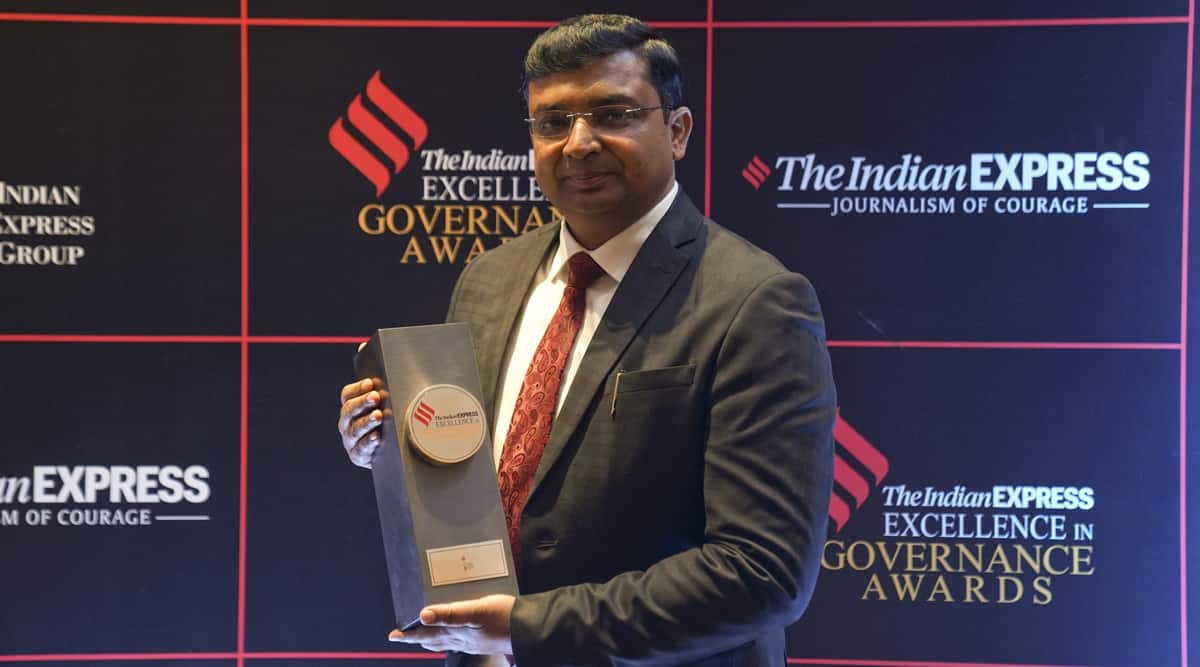 Project is a brainchild of DM Kundan Kumar. (Express photo by Abhinav Saha)
Listen to this article
Made in Chanpatia: Migrants now entrepreneurs at Start-up Zone
x
00:00
1x 1.5x 1.8x

In June 2020, when Nand Kishore Patel, 38, got a call from West Champaran District Magistrate Kundan Kumar, he thought someone was pulling a prank on him.

Days earlier, in the midst of the pandemic, as the country went into lockdown, Patel, his wife Archana and brother Om Prakash had left Surat, where they worked at a garment factory, to come home to Nautan village in West Champaran. One of hundreds of migrants who returned to Bihar from various parts of the country, Nand Kishore was at a quarantine centre when he got the DM’s call.

“Initially, I didn’t believe that it was the DM who was calling me. Once I was convinced, my brother Om Prakash and I went to meet the DM,” says Patel.

That meeting was to kick off Patel’s journey, from being a worker to an entrepreneur, whose sari-and-lehenga tailoring-and-embroidery business would go on to be one of the first units at West Champaran’s now-famous Start-Up Zone, home to 58 small units that run out of an abandoned State Food Corporation (SFC) Godown in the district’s Chanpatia block.

Chanpatia’s Start-Up Zone is the brainchild of District Magistrate Kundan Kumar, who is among the 19 winners of The Indian Express Excellence in Governance Awards for 2020 and 2021. The biennial awards celebrate the finest work done by District Magistrates, women and men considered the foot-soldiers of governance as they script change that touches the lives of countless people across the country. Kumar won in the Start-up & Innovation category, with Union Home Minister Amit Shah handing over the awards at a ceremony in New Delhi on January 17.

Speaking of how it all began, Kumar said, “At a quarantine camp in Majhaulia block, we found several skilled workers. As we spoke to them, we were amazed at the range of their talent. They had all left Bihar as unskilled labourers but over time, had picked up some excellent skills. While some had very good knowledge of production processes, others had good marketing skills and so on. This went against the general impression that only labourers returned home during the pandemic,” says Kumar.

A skill-mapping exercise carried out by the district administration on about 80,000 people in quarantine centres across the district confirmed Kumar’s guess.

Nand Kishore, for instance, who in 2000 started off as a worker at the Surat garment factory, took to operating industrial sewing machines and also worked as a technician — an experience that helped him gain a deep understanding of both the technical and operational aspects of the trade. By the time the family left Surat in 2020, Nand Kishore had been earning Rs 55,000 a month while his wife Archana earned Rs 18,000 as a tailor. His brother Om Prakash, who specialised in making Benarasi saris, also worked at the same factory. 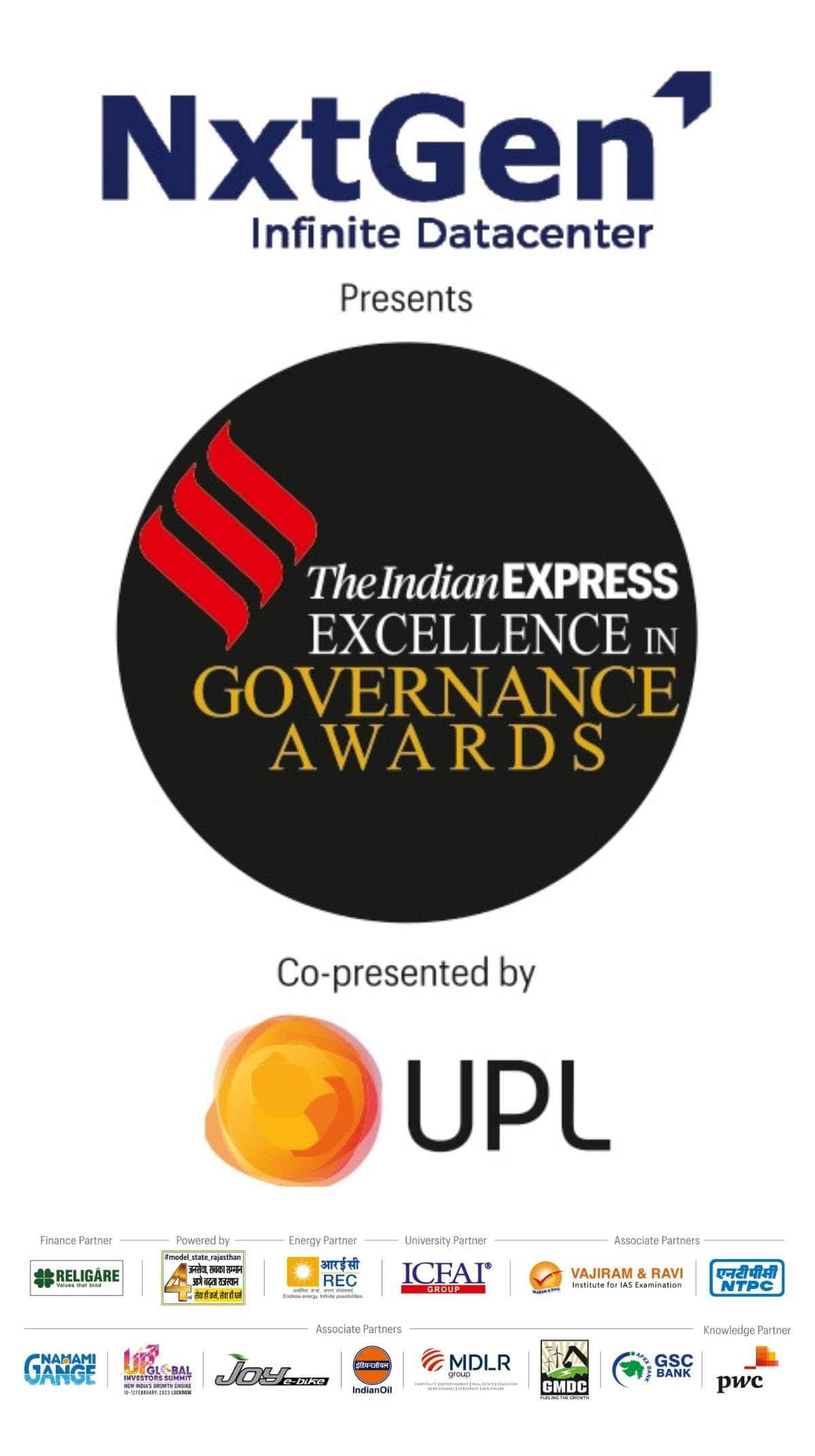 Once the district administration had mapped skills and identified potential entrepreneurs, the DM approached each one of them to discuss their plans.

“I told the DM that we would need a loan of at least Rs 25 lakh to start a sari-lehenga manufacturing unit — the sewing machine alone costs Rs 17.5 lakh,” says Nand Kishore.

Once the loans were cleared and the machines procured, each of the entrepreneurs were allotted space in the sprawling 20-acre SFC godown, with the units partitioned by plywood screens.

By mid-2021, the Chanpatia Start-Up Zone had 58 units. While most of these are units that make school uniforms, woolens, hosiery, shirts, saris, lehengas, stoles and shawls, there is one that makes plastic dustbins that are now being supplied to all panchayats under the district’s Swacchta Abhiyan programme, and a footwear unit where a pair of slippers are available for Rs 50-Rs 70.

Once the units were up and running, came the next challenge: to find a market for what was being made in Chanpatia.

DM Kumar began by tapping small shopkeepers and offering them a good profit margin for buying from Chanpatia’s units.

Nand Kishore, who sources his raw materials from Gujarat, Ludhiana and Delhi, says the strategy worked for him. “During Diwali, we had sales worth Rs 30 lakh. We hope to have sales of more than Rs 2 crore this financial year. Our margins are very low but we first need to establish a market. We are getting demands not only from Bihar but from Nepal too. It is a great feeling. What’s more, I get to be home too,” he says. His sari and lehenga brand is called ‘Champaran’ — a tribute to his homecoming.

Like Nand Kishore’s, each of the units at Chanpatia tell a success story.

Aamir Husain, who used to work in Dubai before the pandemic and now runs another lehenga unit in Chanpatia, says he has got orders to supply 4,000 lehengas to Malaysia every month. “There is no dearth of demand now. We have too many orders,” he says.

Niyajuddin Ansari, who returned from Ludhiana and now runs a shirt-making unit in Chanpatia, is planning to scale up to meet the demand. “Against a demand of 1.25 lakh shirts, I have been able to supply only 25,000-30,000 shirts over the last three-four months. I need more machines,” he says.

DM Kumar admits more needs to be done and that this is a model that’s “a work in progress”.

“We have to achieve a lot more by getting more textile parks and by making the district an industry hub because we have cheap labour. We are charging very less from investors using a plug-and-play model. So far, we haven’t had to do much hand-holding except to help them with the initial capital. It is up to them to find their feet, fight, grow and excel — something they have all been doing,” says Kumar.

WHO calls for action to prevent death due to contaminated syrups