Lynching of tribal shakes a state: ‘Literate Kerala, be ashamed…’

A Facebook post starting with that line was among the first to trigger a wave of anger across Kerala, which woke up Friday to the brutal lynching of a mentally challenged tribal man in Palakkad’s Attappadi. 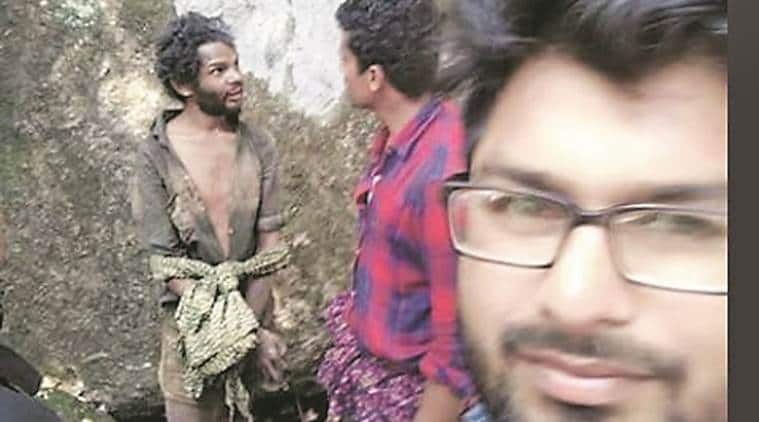 Madhu (background) died hours after this selfie was taken in Attappadi

A Facebook post starting with that line was among the first to trigger a wave of anger across Kerala, which woke up Friday to the brutal lynching of a mentally challenged tribal man in Palakkad’s Attappadi. The post, by actor Joy Mathew, also included two photos. The first showed the dishevelled victim, Madhu, staring vacantly to the right, injury marks on his lips, his shirt wide open. Then, there’s a selfie taken by a man wearing spectacles, a half-smile on his face, Madhu in the background with another man, his hands tied with his own clothes.

According to police, Madhu died hours after that image was taken Thursday, vomiting inside a police jeep on his way to a local hospital. They said the 30-year-old succumbed to injuries sustained during the assault by the mob, which suspected him of stealing provisions from local shops in Mukkali, near the Silent Valley National Park.

On Friday, police said they have taken 10 persons in custody for questioning, including Ubaid T U — the man who took that selfie. They also named seven local residents in an FIR based on Madhu’s testimony before his death.

But by then, the death was the talk of an entire state. From Chief Minister Pinarayi Vijayan to Opposition leader Ramesh Chennithala, from superstar Mammootty to police chief Loknath Behera — all of them spoke out against what Vijayan described as a “blot on Kerala’s progressive society”. 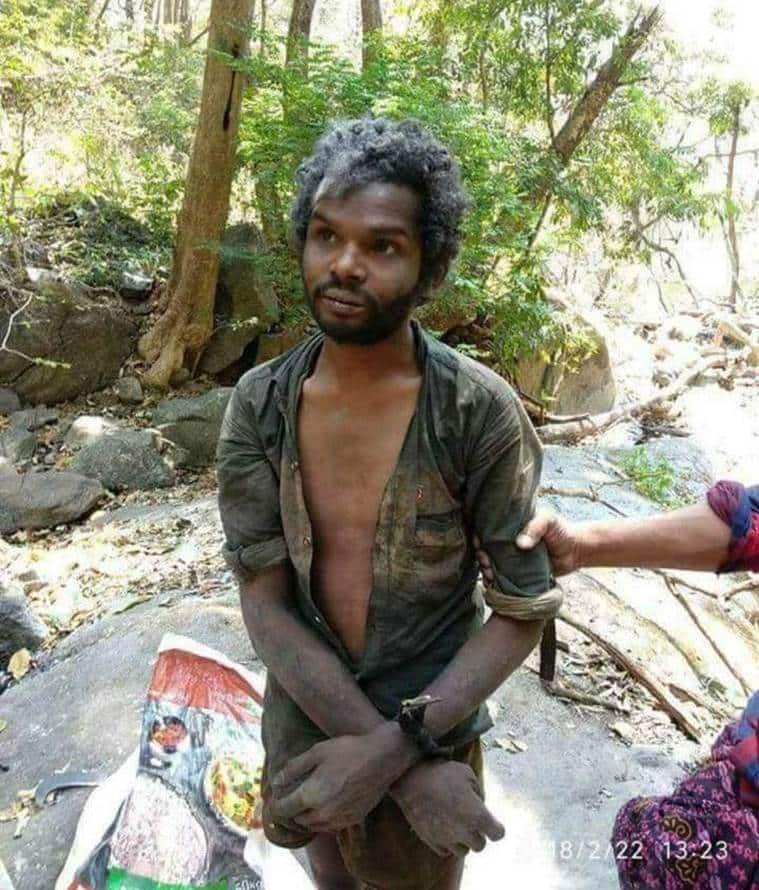 According to police, Madhu died hours after that image was taken Thursday, vomiting inside a police jeep on his way to a local hospital.

“Don’t call Madhu an adivasi. I would call him my younger brother… Don’t call a human being who steals (food) to remove his hunger a thief… Madhu, I am sorry,” wrote Mammootty on his Facebook page.

Behind the outrage, was the grief of a mother.

“My son lost his father 10 years ago, and has been living in the forest for the last eight years. He was not a thief. He used to buy provisions from the village to cook in the forest. Everyone in this region knows him. He has never assaulted anyone. But still, they didn’t allow him to live,’’ said Malli, a helper at the local anganwadi, speaking about the eldest of her three children.

Malli belongs to the Kurumba tribe and is a resident of Chindakki colony in Attappadi, one of Kerala’s most impoverished areas that has been hitting the headlines regularly over the years for malnutrition deaths involving tribal children.

With protest meetings being held across Kerala over Madhu’s death, the state human rights commission and the SC/ST commission registered cases, with its members scheduled to visit Attappadi Saturday. The BJP, meanwhile, called for a hartal in the region.

Late in the evening, a group of tribals staged a protest outside the Agali government hospital, where Madhu’s body is kept, demanding the arrests of all involved. “Strict action will be taken against all the culprits to ensure that such crimes against people from communities, that have been long marginalised, are not repeated. Kerala should stay extremely vigilant to ensure that we continue to remain as a progressive, caring and cosmopolitan society,’’ said Chief Minister Vijayan.

DGP Behera said incidents of “mob justice” have been recurring in Kerala in the recent past. “This is against a civilised society,” he said.

Range IG M R Ajith Kumar, who is overseeing the investigation into the death, said Madhu was nabbed by a group of people who accused him of stealing provisions from local stores, based on CCTV footage. “There had been complaints of petty theft of provisions in Mukkali. They caught Madhu from the forest and assaulted him before handing him over to police at Mukkali junction,” said Kumar.

According to the FIR registered at Agali police station, a group of seven local residents cornered Madhu inside the forest nearby, detained him at a bus shelter in Mukkali and informed police. It stated that when police arrived, Hussain Muhammed, Manu Damodaran, Abdul Rahman, Abdul Latheef, Abdul Kareem, A P Ummer and Mathachan Joseph pushed Madhu into the jeep along with a bag of rice, claiming that he had stolen it. 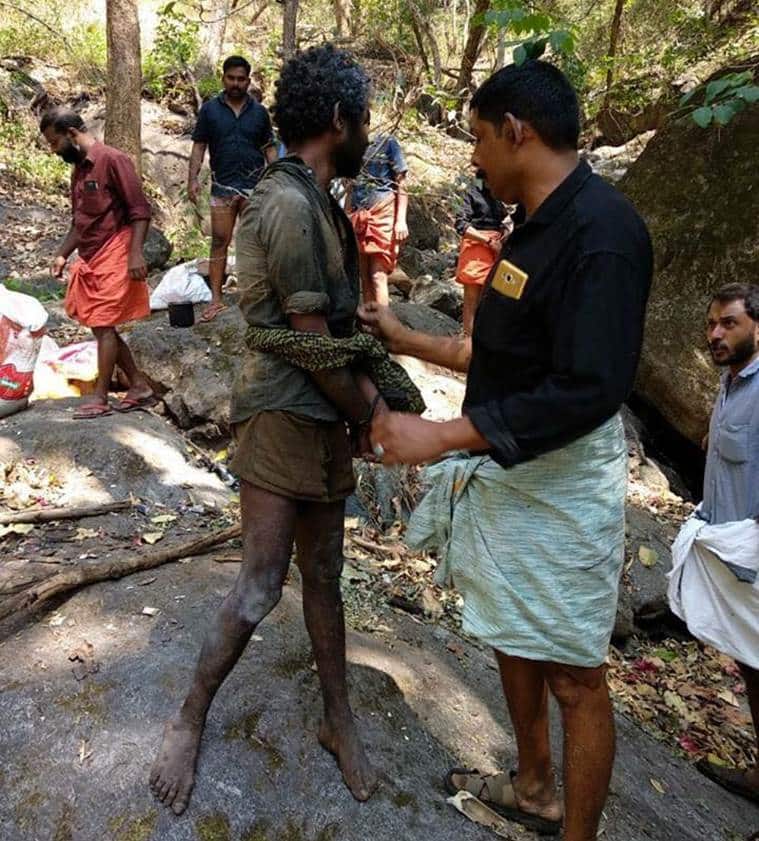 On Friday, police said they have taken 10 persons in custody for questioning, including Ubaid T U — the man who took that selfie. They also named seven local residents in an FIR based on Madhu’s testimony before his death.

The FIR stated that when police were taking Madhu for a medical examination before registering his arrest, he vomited and collapsed inside the jeep. He was declared dead on arrival at the Agali hospital, it said.

“We have collected evidence and the incident has eyewitnesses. At present, a case for unnatural death has been registered. It will be amended with relevant sections once we get the post-mortem report,’’ said Palakkad SP, Prateesh Kumar.

“Madhu had several relatives in Chindakki colony, from whom he used to collect food and other provisions. We hadn’t heard of any theft cases against him,’’ said Asha, a panchayat member representing Kadukumman ward, where Madhu’s family stays.