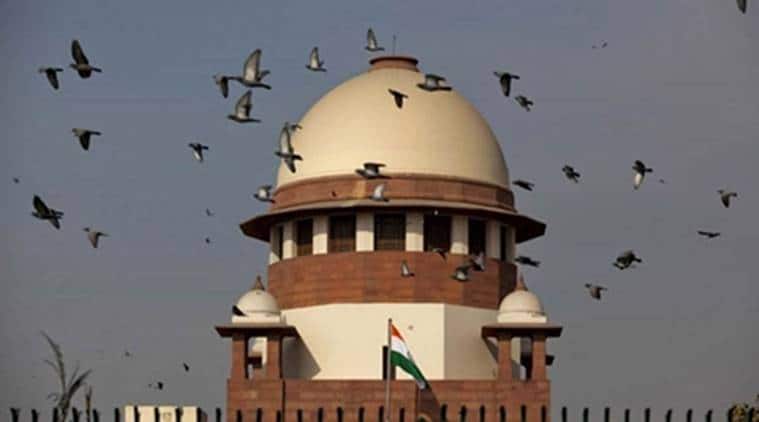 On September 21 this year, the CBI had arrested six persons including retired High Court judge Ishrat Masroor Quddusi, claiming they were involved in deals to try and secure favourable orders from courts for Lucknow-based Prasad Institute of Medical Sciences.

Issuing notice to the Centre and CBI, the Supreme Court Thursday referred to a Constitution Bench a plea for a SIT probe into a case of alleged corruption involving a Lucknow medical college which was trying to get relief from courts after being placed on a government blacklist.

On September 21 this year, the CBI had arrested six persons including retired High Court judge Ishrat Masroor Quddusi, claiming they were involved in deals to try and secure favourable orders from courts for Lucknow-based Prasad Institute of Medical Sciences.

In its FIR, the CBI alleged that promoters of the medical college, one of 46 barred by the government from admitting students for two years, had approached Quddusi who had promised relief from courts with bribes to influential people.

On Thursday, the two-judge bench of Justices J Chelameswar and S Abdul Nazeer heard the matter and referred it to a five-judge Constitution Bench for hearing on November 13. The court decided to take up the matter urgently which was brought up before it in the morning in view of the seriousness of the charges.

“The FIR contained certain allegations which are disturbing. The allegations pertain to the functioning of this court. On perusal of the FIR which was placed before us in the morning, we thought it necessary and proper to take up the matter immediately,” the order noted.

Earlier, senior advocate Dushyant Dave, who represented petitioner and advocate Kamini Jaiswal, mentioned the matter before the two-judge bench at 10.30 am. Dave impressed upon the court to take up the matter the same day following which the court decided to hear it at 12.45 pm.

In the meantime, a five-judge Constitution Bench, headed by Chief Justice of India Dipak Misra and hearing a matter relating to the tussle between the Centre and Delhi government, rose at noon.

The hearing before Justices Chelameswar and Nazeer commenced at the designated time. Dave recounted the sequence of events leading to the arrest of Justice (retired) Quddusi. Citing the CBI FIR, he said Quddusi had allegedly assured the promoters of Prasad Institute of Medical Sciences, run by Prasad Education Trust, to “get their matter settled in the apex court through their contacts”.

The charge, Dave said, was very serious as it pointed fingers at the working of the apex court. His “first concern”, he said, is “whether the CBI deliberately filed a false case to discredit the great institution or is there something more”.

Quddusi was released on bail within a few days of arrest, Dave said. On September 27, a special court in Delhi, granting bail to Quddusi, said the CBI’s apprehension that he may flee, influence witnesses or tamper with evidence seemed “somewhat unfounded and unsubstantiated”.

Taking note, Justice Chelameswar said: “The matter is too important for institution and nation… and should be heard by a Constitution Bench.”

Dave said the five judges on the Constitution Bench that will hear the matter must not include the CJI since a bench headed by him had dealt with the matter relating to the Lucknow college in the past.

While the hearing was on, an officer of the Registry approached the bench and handed a page which the judges perused. Justice Chelameswar’s order made it clear that the page came from the CJI: “…we are also duty bound to place the developments that when the hearing of the matter was in progress, the Officer of the Registry placed a Xerox copy of the proceedings purportedly issued by the Hon’ble Chief Justice of India, a copy of which is annexed to this order.”

Dave said the court should also order safe custody of the evidence collected so far by the CBI because he believed that “some extremely incriminating material had been seized by the CBI”. He suggested that it be placed in sealed cover in the custody of the Supreme Court Registrar.

In an interim order, the court directed the CBI to keep the case diary and other material collected by it during the course of the probe in a sealed cover and produce it before the Constitution Bench on Monday.

The NGO Campaign for Judicial Accountability and Reforms (CJAR) too had filed a petition on the matter on Wednesday and the bench headed by Justice Chelameswar had scheduled it for hearing Friday. It was transferred to another bench subsequently.