Narayanan quit on December 15, a day before the semester ended. The resignation was accepted by the university’s governing body within two days. 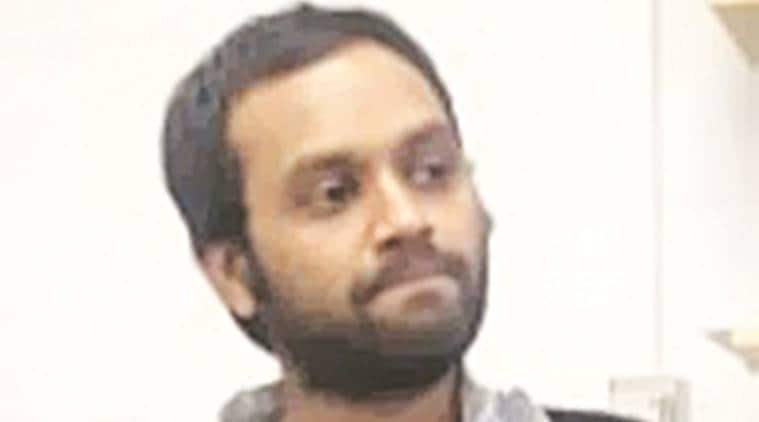 Dr Rajendran Narayanan, the only teacher at Ashoka University who signed a petition which condemned the violence over militant Burhan Wani’s death and called for a plebiscite in Jammu and Kashmir, has resigned from the Sonepat institution’s mathematics department citing “ethical reasons”.

Narayanan quit on December 15, a day before the semester ended. The resignation was accepted by the university’s governing body within two days.

Of the 88 signatories, Narayanan, Shah and Goswami were the only three employees who had endorsed the Kashmir petition in July 2016.

Reached for comment, Narayanan confirmed he had left the university. “I resigned on ethical grounds. There were 88 people who signed that letter. Two (signatories) were from non-teaching staff and one was a faculty member. The two non-teaching staff members quit last year. I have tried to understand why that resignation happened and I haven’t got any concrete answers. Either I have got silence or I have got hazy responses from the university.”

“I feel that if a ‘crime’ has been committed, then everybody who committed the crime should face the same consequences, irrespective of their status or position. It should not happen that you and I do the same thing and because I have a slightly more privileged access to justice, I’m let off, but you face the consequences for the exact same crime. That to me is not acceptable, at least in a place that professes to be democratic and liberal. So this whole idea of differential access to fairness is something I denounce,” Narayanan, who joined Ashoka University in 2015 as an assistant professor in its mathematics department, told The Indian Express. He holds a BSc degree from St Xavier’s Kolkata, MSc in Mathematics from IIT Bombay and a PhD from Cornell University. Responding to a questionnaire, Imran Ali, vice president, external engagement at Ashoka University, wrote: “Prof Narayanan resigned in mid-December 2016. There was no prior indication or information about his resignation and it came to us as a total surprise. As per his resignation letter, the reasons behind this decision were personal.”

Perturbed by the recent developments, the ‘student government’ — an elected body representing close to 700 undergraduate students — wrote to the university vice-chancellor and pro-vice chancellor on December 20, seeking clarifications on the spate of resignations.

“The student government, in its letter sent on December 20, asked some pointed questions to the vice-chancellor and the pro-vice chancellor. We wanted to know if the university had done anything to get Professor Narayanan to change his mind. We also asked if he (Narayanan) was asked to show remorse for participating in the Kashmir petition,” said an undergraduate student who did not wish to be identified.

V-C Rudrangshu Mukherjee and Pro V-C Vineet Gupta replied on December 22, promising to hold a meeting with the students as soon as the university re-opens after the winter break. Sources said the meeting is expected to take place Saturday.

In his response to the questionnaire, Ali said, “The university has been closed for winter break since mid-December and opened only on 23rd January. During the winter break, senior members of the university leadership have been in constant communication over email and phone with the student government and have addressed their concerns.”

Clarifying some of the immediate concerns of the students, Mukherjee and Gupta jointly wrote in an email on December 22: “Prof Narayanan has not been asked to show his remorse for signing the petition. It is true however that the governing body was not happy about the fact that the university’s name was used by those who authored and signed the petition and had recommended the setting up of a four-member advisory committee (later also endorsed by all faculty) comprising Professors Malabika Sarkar, Mahesh Rangarajan and Vaiju Naravane and Founder and Trustee Ashish Gupta, which has just submitted its report (Professor Narayanan also deposed before the committee). The committee did not ask Professor Narayanan to show remorse.”

The ‘student government’ organised a vigil for Narayanan on the campus on Tuesday, which was attended by over 100 undergraduate students and some faculty members. Commenting on the vigil, Ali said, “We believe that different people in the university have different views on matter of free speech and other matters related to the university. The vigil helped different people share these views in a very constructive manner.”

The Indian Express has learnt that the university administration had moved a proposal to fire Narayanan for his participation in the Kashmir petition. Faculty members, who spoke on the condition of anonymity, said that the four-member committee had deliberated on the proposal to dismiss him.

Asked if he was aware of such a proposal, Narayanan said, “When the whole matter was brought up by the faculty council through an email, all the teachers were apprised that there was a proposal to dismiss me and, I think, the governing body had moved the proposal to dismiss me. Then, of course, a lot of faculty rallied to say that there are no grounds of dismissal here. I found the whole thing very astonishing. It was because of my involvement with the workers welfare committee and for signing the letter (Kashmir petition). These were the two documented reasons for my proposed dismissal. As on the day I resigned, there still was no resolution to my proposed dismissal. This prolonged process was unwarranted and excruciating.”

“Given the fact I did not violate any university policy, I felt that the entire process was conducted in a manner that you are guilty until proven innocent and that is just the opposite of how jurisprudence works. That to me is not acceptable. So there are two things (reasons for resignation). One is the lack of fairness/transparency in the way the university dealt with the other staff and second, under the given circumstances, continuing any further meant that I would be compromising on my integrity and self-respect,” he said.
Ashoka University, however, denied that such a proposal was moved. “This is completely inaccurate. The governing body moved no such resolution,” Ali said.

On the four-member committee, Ali added, “A four-member advisory committee was set up by the governing body as a fact finding committee and not for any “proposed dismissal” as is being suggested. The governing body was concerned with the use of the university’s name by a small group of people and had sought facts to the matter to be placed before it. The recommendations of the committee are confidential. However, we can unequivocally state that the recommendations do not suggest that Prof Rajendran should leave or be dismissed.” He also said that the university did ot face any backlash either from the state government or Centre for the Kashmir petition.

Some faculty members at Ashoka University, too, are learnt to have written to the administration seeking answers regarding Narayanan’s resignation. “There are teachers pursuing the matter with administration, but they are largely a minority now. Earlier there was unity among professors and they rallied in his (Narayanan’s) support. But now the lack of unanimity is because the majority feels that a resignation is different from dismissal and it’s pointless to pursue the former,” said a professor who did not wish to be identified.

Ashoka started the Young India Fellowship (YIF) programme six years ago and first opened its door to undergraduate students in 2014.

The university, according to its mission statement on the website, aims “to help students become well-rounded individuals who can think critically about issues from multiple perspectives, communicate effectively and become leaders with a commitment to public service.”

For many students, though, these words seem a little out of place since the petition on Kashmir. Once the petition went public, the university promptly held a meeting of its governing body to discuss this petition and passed a resolution on July 26, condemning the act of misrepresenting Ashoka University in the public domain.

The debate on curbing free speech started once the university changed its email regulations the same week. On July 27, the Ashoka community was informed that emails from alumni to students and vice versa will go through a moderator.

On October 7, 2016, Shah and Goswami resigned, which prompted 168 YIF fellows, of the current batch of 225, to write to Mukherjee urging him to clarify their reservations. Although the two employees quit on personal grounds, the timing of their resignation, many say, was because the management had made its “displeasure” felt to them after the petition went public.