Mallikarjun Kharge, a senior Congress leader, also hit out at the Narendra Modi-led government questioning why the appointment of a Lokpal has been delayed for almost four years. 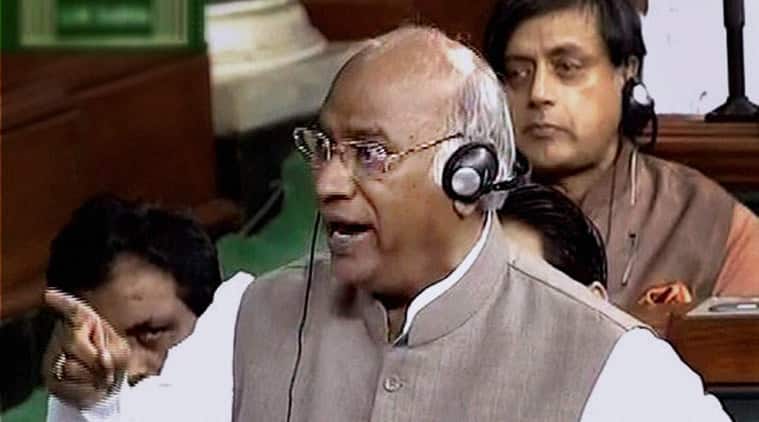 Congress leader Mallikarjun Kharge has said he will not attend the Lokpal meeting today.

Mallikarjun Kharge, the Congress leader in Lok Sabha, today declined to attend a meeting of the Lokpal selection committee, to pick an eminent jurist as a special invitee. In a letter to Prime Minister Narendra Modi, he said his invitation as a special invitee is an effort to exclude the independent voice of the opposition from the selection process.

“At the outset let me state on behalf of myself, my party and the entire opposition that “Special Invitee Invitation” is a concerted effort to exclude the independent voice of the opposition altogether from the selection process of the most important anti corruption watchdog. It negates the letter and spirit of the Lokpal and Lokayuktas Act 2013 in toto. A perusal simplicitor of the Lokpal Act 2013, its intent and objective reflect that leader of the oppositon cannot be substituted as a special invitee.

“It is a matter of surprise that your government is choosing to adopt this route as a mere paper formality rather than seek any meaningful and constructive participation,” he wrote to the Prime Minister.

He said “if your government is indeed serious about ensuring that the Lokpal is appointed with the sanctity it deserves, I would suggest that you bring in an ordinance in shape of the amending Bill that is a annexed here with and place the same before Parliament as it reopens in March 2018,” he said.

“In these circumstances, I must respectfully decline the invite as special invitee to uphold the inviolability of the Lokpal Act 2013 as the current proceedings have reduced a sacred procedure to a political pretence. I must end by reminding you about our solemn duty to never permit dilution of the provisions of the Lokpal act which was enacted with hopes and aspirations of millions of Indians as the highest body to fight graft and ensure accountability,” he added.

The Indian Express had on Thursday reported that the Congress was weighing its options about Kharge attending the meeting as a special invitee.