BSP chief Mayawati Friday alleged that outsiders are being used to lure and threaten voters in Varanasi to ensure a win for Prime Minister Narendra Modi and asked why the EC was not focusing on the constituency. 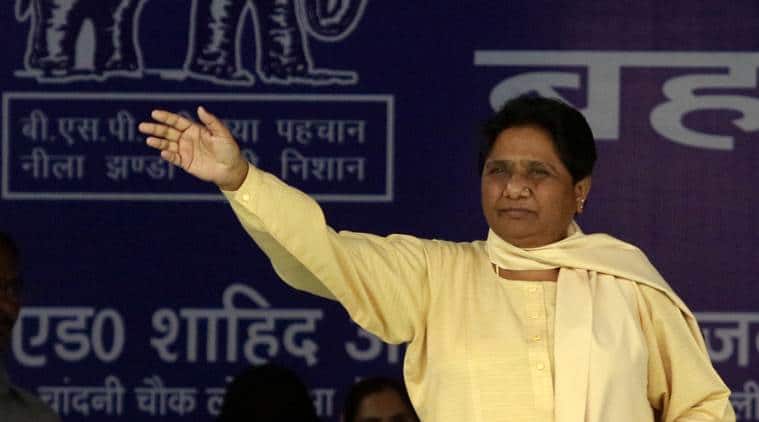 Mayawati claimed that the PM was creating confusion by misinterpreting what SP chief Akhilesh Yadav is saying in his poll speeches.

BSP chief Mayawati Friday alleged that people in Prime Minister Narendra Modi’s constituency were being threatened and questioned if the polling there could be held fairly.

Mayawati tweeted in Hindi, “In an attempt to ensure a victory at any cost for PM Narendra Modi, outsiders are going to each lane and house in the city and first trying to lure them and then threatening them. How can polls be fair? Why doesn’t the Election Commission keep an eye on Varanasi, like they are doing in West Bengal.”

Later in the day, at a joint rally in Mirzapur, Mayawati claimed that the PM was creating confusion by misinterpreting what SP chief Akhilesh Yadav is saying in his poll speeches. She said, “Prime Minister Narendra Modi, in order to hide his failures, hinted at SP chief Akhilesh Yadav said that they (gathbandhan) are saying the PM starts his speeches with “toilets” and ends them with “toilets”. I would like to tell all of you here that during most of Akhilesh Yadav’s speeches, I have been present… He said this, but the objective was to tell people that the toilets constructed by them are lying incomplete…. Some toilets have no doors, no water… He (PM) was trying to twist what he (Akhilesh) said.

Targeting the BJP and the Congress, Akhilesh told the crowd in Mirzapur, “Our Prime Minister spent a lot of money on toilets… And when Congress was in power, toilets were built with one pit, under BJP it has two pits. Neither the Congress nor the BJP could give water in these toilets. We believe in giving the people education. When they are educated, they will build their own
toilets.”