Water conservation activist Rajendra Singh questioned why the government had allotted a huge budget for linking rivers, when it was aware of previous failed attempts to do so, including the one to link Sutlej and Yamuna rivers. 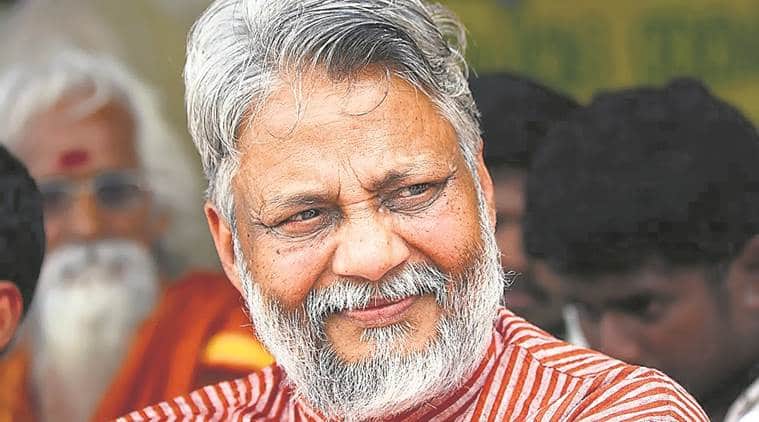 Attacking the government’s ambitious plan to link rivers across the country, water conservationist Rajendra Singh on Friday dismissed the exercise as a “money-making business”, with potentially severe and irreparable damage to the river-ecosystems. Singh, noted for his three-decade-long work on water rejuvenation in parts of Alwar, was in Pune on Friday to address the inaugural session of ‘Watershed and Development’, a one-day seminar organised at the Symbiosis Institute of Geoinformatics.

“It may be easy to link roads, but it’s not as easy for two rivers. This is because every river maintains an ecology of its own and if attempts at linking rivers are made, there will be complete destruction of the natural ecosystem and displacement of soil,” said Singh, who runs the NGO Tarun Bharat Sangh.

The water activist questioned why the government had allotted a huge budget for linking rivers, when it was aware of previous failed attempts to do so, including the one to link Sutlej and Yamuna rivers.

The Centre has plans to create linkages between rivers across the country to transfer water from sufficient basins to deficient ones. By linking rivers, the government wants to ensure the adequacy of water in every region of the country, and also find a solution to the problems of floods and droughts. But water experts have been warning the government against the damaging long-term repercussions of such an exercise.

As many as 30 inter-linking projects have been identified, and the first project under the plan entails linking Ken and Betwa rivers in Madhya Pradesh.

Singh said the government should instead direct its efforts towards preventing further depletion of groundwater resources. “More than 72 per cent of groundwater reserve in the country sees higher water withdrawal rates than recharge. This simply means that our policy makers and governments now need to focus on groundwater reserves and aquifers, which need to be linked for rejuvenating our rivers,” he said.

Referring to his recent tours to Odisha, Jharkhand, and Chhattisgarh, Singh said “improper water management” had led to a severe shortage of water in these areas. “There is no check on the declining vegetation or increasing pollution levels. These states were never historically prone to droughts, like the ones they have experienced in the recent years. This has resulted in erratic rainfall, which is in turn hampering the cultivation in these areas,” he said.