The victim,Ram Mohan Gupta,22,was a witness to the murder of his uncle.

The Uttar Pradesh Police on Thursday lodged an FIR against Samajwadi Party MLA from Tanda in Ambedkar Nagar,Azimul Haq Pahalwan,and three others for allegedly killing the witness in a murder case on Wednesday night.

The victim,Ram Mohan Gupta,22,was a witness to the murder of his uncle and Hindu Yuva Vahini leader Ram Babu Gupta,which took place in March 2013. Ram Babus murder had led to communal clashes in Tanda in March and curfew was clamped in the area.

On Wednesday,Ram Mohan was shot by a group of men while he was sitting at his medicine shop in Aliganj area of Tanda circle. He was carried to Ambedkar Nagar district hospital where he was declared brought dead.

The police lodged FIR against Haq and three of his alleged associates – Irfan,Shahid and Rehman – all residents of Tanda town,under sections 302 (murder) and 120-B (criminal conspiracy) of the IPC on the complaint of the victims uncle Vedprakash Gupta.

Ambedkar Nagar SP Sunil Saxena said the FIR has been lodged on the basis of the complaint lodged by the victims family members.

He said the MLA has been accused for the conspiracy of the murder.

When asked about Ram Mohan being a witness in the murder of Ram Babu,Saxena said they were still trying to find out if it was so.

However,Vedprakash alleged that Ram Babu,who was a leader of BJP MP from Gorakhpur Yogi Adityanath’s organisation,Hindu Yuva Vahini,had organised a “massive agitation” against Pahalwan in August 2012 “as the MLA was shielding a rape accused”. He said this was the reason why Ram Babu was killed and now his nephew has been murdered at the behest of Pahalwan.

Police had arrested three persons Irfan,Abu Bakr and Mukul Mishra in connection with the murder of Ram Babu. Though the three have been charge-sheeted,they are out on bail. Irfan is now an accused in the murder of Ram Mohan,too.

Vedprakash said police had not taken any action against Pahalwan in connection with Ram Babus murder even though his name was given by the witnesses in their statements. He said Ram Mohan was a key witness in the murder of Ram Babu as he was the first to reach the spot where Ram Babu was murdered.

Heavy police force was deployed in Tanda following the murder. Ram Mohan’s body was carried to Akbarpur for autopsy and later cremated at Tanda in the evening. 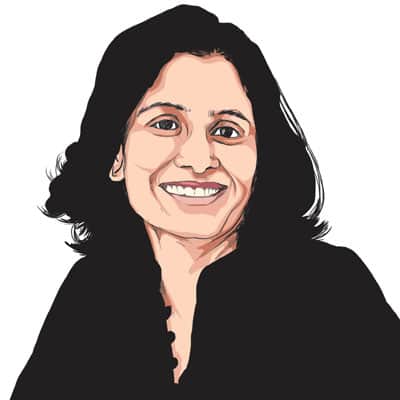 Saba RahmanSaba is a Deputy Associate Editor based in New Delhi. Follow her on Tw... read more