Kanti Singh was minister of state for tourism and culture in the UPA I government of Manmohan Singh. Earlier, she had served as minister for HRD, heavy industries and coal as a member of RJD. 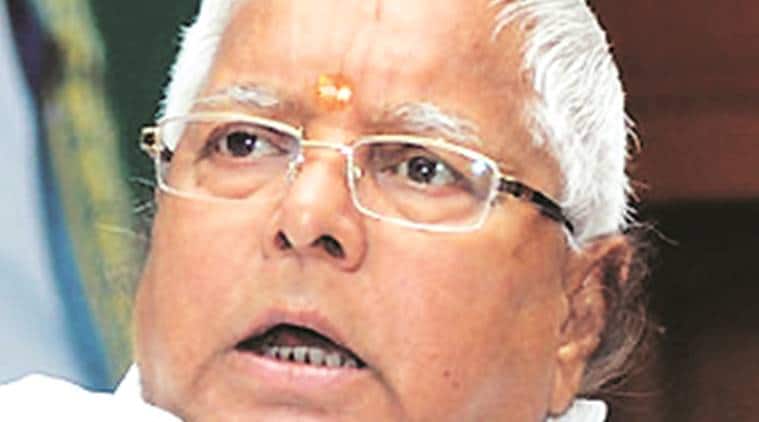 Keeping up his fussilade against Lalu Prasad and his family, senior Bihar BJP leader Sushil Kumar Modi today alleged that the RJD chief had taken land at a prime location here along with the construction on it from Kanti Singh for making her a union minister.

“On March 13, 2006, Kanti Singh, her husband Keshav Prasad Singh and son Rishi Kumar in writing gave away 95 decimal land along with three rooms built on it and a deep water boring in the name of Rabri Devi,” he alleged at a press conference.

Showing the lease deed allegedly signed by Kanti Singh and others, the BJP leader said the property near Saguna More at Danapur here was transferred to Rabri Devi for a paltry sum of Rs 1250 per month for 99 years. Kanti Singh was minister of state for tourism and culture in the UPA I government of Manmohan Singh. Earlier, she had served as minister for HRD, heavy industries and coal as a member of RJD.

“The lease deed states that all rents, taxes, rates, cases, charges, assessments, dues, duties and other outgoing/imposts, both present and future may be payable by the lessors (Kanti Singh and family),” the senior BJP leader said quoting from the deed paper.

Sushil Modi has since April 4 made a series of “exposes” against Lalu Prasad and his family of acquiring land and properties worth crores of rupees through dubious means. He had yesterday claimed that former central minister Raghunath Jha had gifted his land and building at a costly location at Gopalganj to Prasad’s minister sons Tejaswi Yadav and Tej Pratap Yadav for his ministerial post in UPA I government.

“Why had Kanti Singh like Raghunath Jha to part with her property worth crores of rupees to Rabri Devi? Lalu Prasad and Rabri Devi must answer why people like Raghunath Jha and Kanti Singh had to transfer their valuable property to their (Lalu-Rabri) family only ?” Sushil Modi, who is the leader of opposition in the state Legislative Council, asked.

“Lalu Prasad and his family are owner of properties worth more than Rs 1000 crore for giving jobs, contracts or making some people MPs, MLAs and ministers,” he said/

“RJD has made a serious charge against Sushil Modi for helping his brother R K Modi in money laundering other illegal business when he was the deputy chief minister. Instead of answering the charges, Sushil Modi is coming out with baseless allegations against Laly Prasad and his family every day with the aim to check his slide within BJP.”

Sushil Modi, however, had said categorically that he had no links with the business of his brother.

Xiaomi Mi 6 first look: So when will the phone come to India?