The Supreme Court also said that ‘any attempt by the petitioner, his family or supporters to influence or threaten the witnesses directly or indirectly shall entail cancellation of interim bail’. 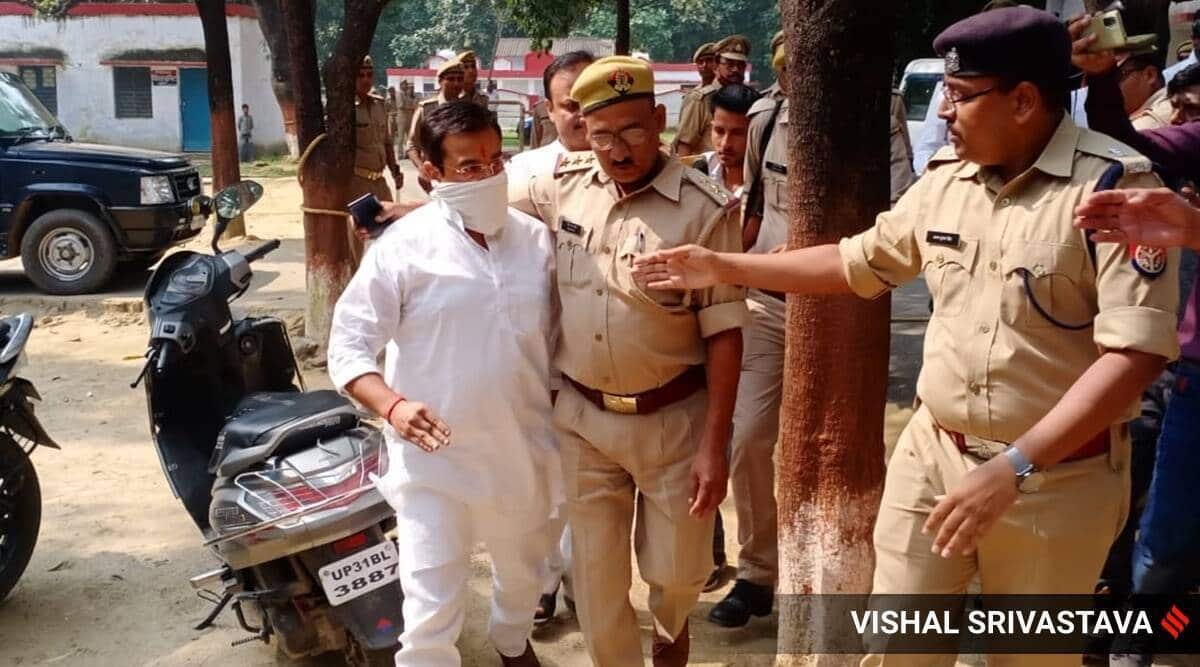 The Supreme Court on Wednesday granted interim bail for eight weeks to Lakhimpur Kheri violence case accused Ashish Mishra and directed that he shall not stay in Uttar Pradesh or the National Capital Territory of Delhi during this period.

Four anti-farm laws protesters were killed when a convoy of vehicles, including one belonging to Ashish Mishra’s father and MoS Home Ajay Mishra, ran over them on October 3, 2021. Two BJP workers, the driver of one of the vehicles, and a journalist were also killed in the ensuing violence.

A bench of Justices Surya Kant and J K Maheshwari also   granted interim bail to the four farm law protesters — Guruwinder Singh, Kamaljeet Singh, Gurupreet Singh and Vichitra Singh — accused in the other FIR pertaining to the death of the BJP workers and the driver.

Deciding Mishra’s plea challenging the Allahabad High Court order denying him bail, the SC said: “We are conscious of the grave allegations levelled against the petitioner but we must also acknowledge that principles of procedural fairness require these allegations to be proven in trial proceedings. In the present case, charges have been framed, and petitioner is in custody for more than a year. In view of the large volume of oral and documentary evidence, which the prosecution is entitled to lead in both the cases, coupled with the defence evidence, if any, trial cannot be expected to be concluded that early”.

The bench said, “we find ourselves in agreement with the apprehensions raised regarding fair trial and impartiality of the conduct of the law enforcement agency. We are therefore of the view that it will be imperative to balance the rights of the petitioner’s liberty emanating under Article 21 vis a vis the state’s right to ensure a fair and proper trial and safeguard the legitimate outcry of the victims of crime.”

The court added that “in view of two diametrically opposite versions, both supported by the respective investigation reports, we are not inclined to express any final opinion as regards to the petitioner’s right to seek regular bail at this stage. Rather, we we undertake to keep these proceedings pending by issuing certain interim directions in furtherance of interest of justice and in a way on an experimental basis to adjudge whether there is any substance in the apprehension expressed on behalf of the state and the informant”.

The SC directed that Ashish Mishra be released on interim bail initially for a period of 8 weeks subject to his furnishing bail bonds to the satisfaction of the trial court.

“With a view to ward off any direct or indirect influence on the material witnesses who are yet to depose, the petitioner is directed to leave the state of Uttar Pradesh within one week from the date of his release on interim bail,” the court ordered.

The accused shall mark his presence in the jurisdictional police station once in a week, it said, asking him to surrender his passport to the trial court within one week of the release.

The order said that “any attempt by petitioner, his family or supporters to influence or threaten the witnesses directly or indirectly shall entail cancellation of interim bail”. It added that the prosecution, the SIT, informant or any family members of victims of crime will be at liberty to promptly inform the court of any instance of misuse of the concessions of interim bail.

The petitioner, it said, shall appear before the trial court on every day of the hearing and no adjournments shall be sought on his behalf. If he is found involved in prolonging the trial, it shall be taken as a valid ground to cancel the interim bail, the court added. The order underlined that he “shall not enter the state of Uttar Pradesh except to attend the trial proceedings”.

The court also pointed to the fact that there are two separate FIRs with different narratives and said the place of occurrence and substratum of the incident however are the same.

“The question as to who are the aggressors responsible for the unfortunate ghastly incident would be ascertained only after a full fledged trial,” the court said adding it was granting interim bail to the four farm law protesters accused in the other FIR as well.

“As a necessary corollary, we in exercise of our suo motu constitutional powers extend the benefit of interim bail to the undertrial accused involved in the other version also…Consequently it is directed that the four accused…who have been arrested and whose bail applications are now stated to be pending before the High Court of judicature at Allahabad are ordered to be released on interim bail till further orders subject to furnishing bail bonds to the satisfaction of the trial court,” it directed.

Sovereign Green Bonds: What do they mean for investors, and the environment?