Ashish is the prime accused in the case connected to the violence that had erupted in Uttar Pradesh's Lakhimpur Kheri in October, last year. 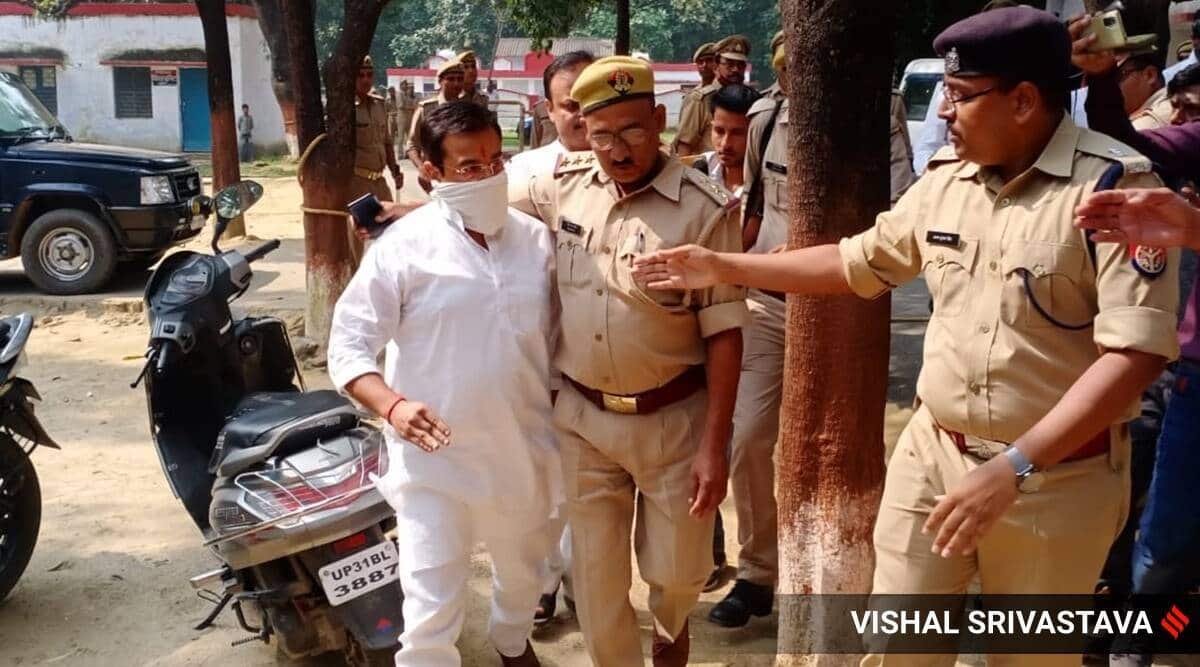 On October 3 last year, a convoy of three SUVs, including a Thar owned by Ashish's father and Union minister Ajay Mishra, allegedly ran over a group of protesting farmers at Tikonia crossing in Lakhimpur Kheri, killing five people and injuring several others. (File)

A Lakhimpur Kheri court on Monday rejected the discharge applications of Ashish Mishra, who’s the son of Union Minister Ajay Mishra, and 12 other accused in the case involving the death of four farmers and a journalist when a convoy of SUVs ran over them in Tikonia area on October 3, 2021. All the 13 accused are lodged in jail.

“Police had filed a charge sheet against 14 accused… and 13 had filed discharge application in the court, claiming they were wrongly booked in the case. After completion of arguments, Additional District and Sessions Judge Sunil Kumar Verma on Monday rejected all the discharge applications,” said Arvind Tripathi, Lakhimpur Kheri district government counsel.

Tripathi said that the court has fixed December 6 (Tuesday) for framing of charges against the accused. “After charges against accused are framed, the trial will start. On Monday, the court deleted IPC Section 34 (acts done by several persons in furtherance of common intention) from the charge sheet. The court reasoned that since IPC Section 149 (every member of unlawful assembly guilty of offence committed in prosecution of common object) was already there, Section 34 is not needed,” said Tripathi.

Meanwhile, the court on Monday also framed charges against four persons booked for the murder of two BJP workers and a driver in the violence that followed after the death of four farmers and a journalist.

On October 3 last year, a convoy of three SUVs, including a Mahindra Thar owned by Ashish Mishra’s father Ajay Mishra, allegedly ran over a group of protesting farmers in Lakhimpur Kheri. Four farmers and a journalist were killed and several others were injured. In the violence that followed, two BJP workers and the driver of the Thar vehicle were killed.

A Special Investigation Team (SIT) formed to investigate the case filed the charge sheet against 14 persons, including Ashish Mishra and his uncle Virendra Kumar Shukla. Lucknow native Ankit Das, who is the nephew of former Rajya Sabha member Akhilesh Das, is also one of the accused.

Except for Shukla, the charge sheet against remaining 13 was filed under IPC sections 147 (rioting), 148 (rioting, armed with deadly weapon), 149 (every member of unlawful assembly guilty of offence committed in prosecution of common object), 302 (murder), 307 (attempt to murder), 326 (voluntarily causing grievous hurt by dangerous weapons or means), 34 (acts done by several persons in furtherance of common intention), 427 (mischief causing damage to the amount of fifty rupees) and 120-B (criminal conspiracy). Different sections of Arms Act were also invoked against them.

Police filed the charge sheet against Shukla under IPC section 201 (causing disappearance of evidence of offence, or giving information to screen offender). Shukla is out of jail.

In connection with the death of two BJP workers and a driver, the SIT had filed charge sheet against four persons in January this year. The four accused are: Vichitra Singh, Gurpreet Singh, Gurvinder Singh and Kamaljeet Singh. All accused in this case are in jail.

The charge sheet in this case was filed under IPC sections 147 (rioting), 149 (punishment of abetment if the act abetted is committed in consequence and where no express provision is made for its punishment), 114 (abettor present when offence is committed), 325 (voluntarily causing grievous hurt), 302 (murder), 427 (mischief by fire or explosive substance with intent destroy house, etc) and 504 (intentional insult with intent to provoke breach of the peace).

In February this year, the Lucknow bench of the Allahabad High Court had granted bail to Ashish Mishra , which was set aside by the Supreme Court.