Kuwait govt does not support interference in India’s affairs: MEA

“The Government of Kuwait has assured us that they are deeply committed to friendly relations with India. They also do not support any interference in the internal affairs of India,” the MEA spokesperson said. 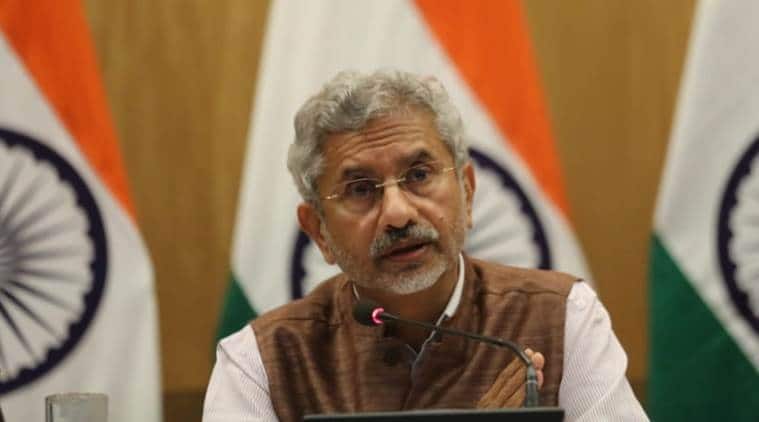 A day after a minister from Kuwait tweeted a statement by its cabinet condemning alleged ethnic attacks against Muslims in India, New Delhi on Monday said it has “seen certain references” to India in “non-official social media handles” from the Middle Eastern nation and that the Kuwait government has assured that they “do not support any interference in the internal affairs of India”.

Abdullah al-Shoreka, a minister in Kuwait’s ministry of Islamic Affairs, had tweeted Sunday, “The Council of Ministers of the State of Kuwait condemns the ethnic attacks against Muslims in India”. He had tweeted a letter in Arabic by the Kuwaiti cabinet as well. He had also used the hashtags “#Islamophobia_In_India” and “#ArabsExposingRSS” in his tweet.

“The Government of Kuwait has assured us that they are deeply committed to friendly relations with India. They also do not support any interference in the internal affairs of India,” the MEA spokesperson said.

He was referring to a statement by Kuwait’s envoy, Jassem Al-Najem, in New Delhi Monday highlighting the principle of non-interference, as enshrined in the United Nations Charter. “Kuwait and India share many principles in their foreign policies, like respecting U.N. Charter, non-interference in other countries’ affairs and respecting sovereignty of nations,” the official news agency of Kuwait said, quoting Ambassador Jassem Al-Najem.

To underline “friendly” ties with Kuwait, Srivastava also said on Monday that on the request of Kuwait, India had recently deployed a Rapid Response Team there to assist the country in its fight against coronavirus. During its two-week stay in Kuwait, the team rendered valuable medical assistance in testing and treatment of afflicted persons and training their personnel, he said.

“It is therefore important that friendly and cooperative nature of our relations is accurately recognised and misuse of social media is not given credence,” the spokesperson said.

This latest incident comes in the wake of similar comments and statements on social media in the Gulf region over the last two weeks, and the Indian government’s clarifications in response through its embassies and envoys.

It started with Indian envoy to the UAE last week, and similar clarifications had to be issued by Indian embassies in Oman and Qatar, who also came out to douse the raging controversy over “Islamophobia” in the region.