The robot uses sensors and artificial intelligence to detect human activity. Also, the team has used anti-collagen sensors to prevent the robot from suffering any damage if it meets obstacles while moving around in an area. 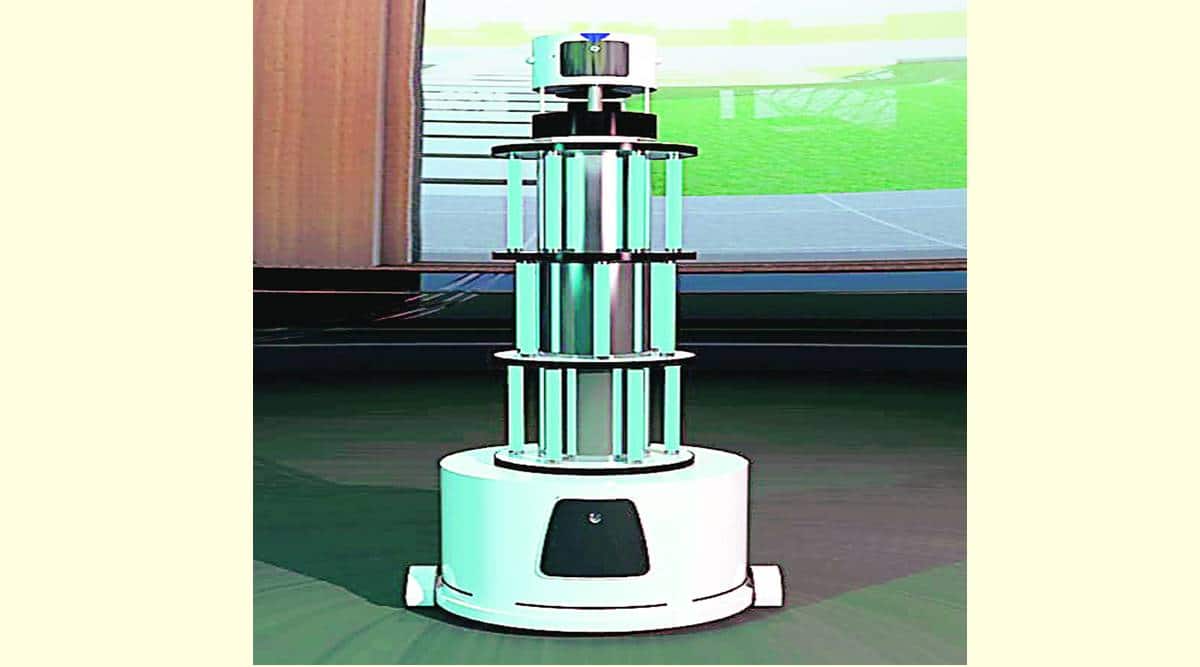 A PROFESSOR and his team from Kolhapur’s Shivaji University have designed a sanitiser robot that can emit ultraviolet rays to immediately sanitise areas around it, when it detects human movement. The model, named ‘UV 360 sanitiser module robot’, was inaugurated by state Minister of Higher and Technical Education Uday Samant on Thursday.

The robot uses sensors and artificial intelligence to detect human activity. Also, the team has used anti-collagen sensors to prevent the robot from suffering any damage if it meets obstacles while moving around in an area.

Designed by Professor Rajendra Sonkawade, and his team, comprising Aniket Sonkawade, Ratnadeep Kamble, Pawan Khobragade and Sameer Ramteke, the robot can measure the location of the sterilisation using 360-degree scanner in two-dimensional or three-dimensional space and determine the time required for sterilisation, read a statement from the department.

Weighing almost 20 kg, the robot has the capacity to sterilise a 10×10 room in less than five minutes, and eradicate other viruses and bacteria along with the coronavirus.

With the help of an Android app specially made for this robot, it is possible to run it from anywhere. It can be handled from a distance of a few metres via mobile WiFi, Sonkawade said.

The robot can also be operated from abroad as well, through IoT (Internet of Things) technology. In addition, LEDs are mounted on it to understand its working condition. A green LED indicates its current state, while a red LED indicates when it turns on the UV-C tube and starts sterilisation.

The robot can be used for disinfection in public toilets, Covid-19 wards, large malls, private hotels and airports among other places. It is currently at Nagpur.