"Parvez was in touch with overground workers of a Pakistan-based banned terror outfit," an NIA spokesperson said. Sources said he would be brought to Delhi on a transit remand. 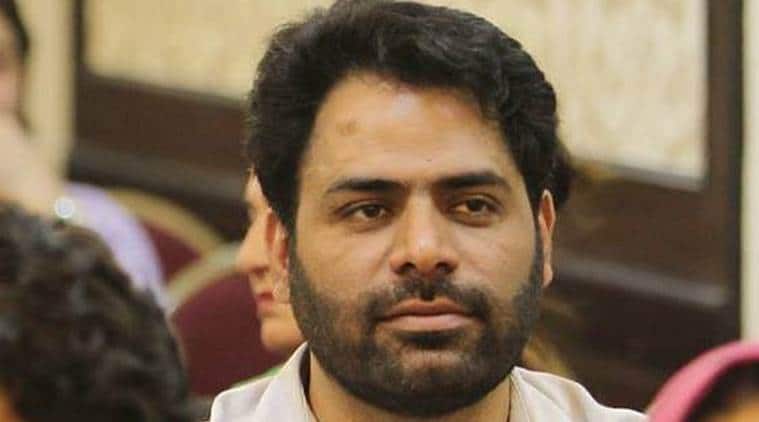 A DAY after human rights activist Khurram Parvez was arrested in Srinagar, a spokesperson of the National Investigation Agency (NIA) alleged on Tuesday that he “was in touch with overground workers of a Pakistan-based banned terror outfit”. Sources said Parvez would be brought to Delhi on a transit remand.

Parvez was arrested on Monday in connection with a case filed under various sections of the Indian Penal Code (IPC) and the Unlawful Activities (Prevention) Act (UAPA), including terror funding.

“Verification of certain facts revealed from the arrested accused is being done from him (former NIA official),” a senior NIA official said.

Parvez is the programme coordinator of the Jammu and Kashmir Coalition of Civil Society (JKCCS), a federation of human rights groups and individuals working in J&K. His arrest drew sharp reactions from the human rights community.

“I’m hearing disturbing reports that Khurram Parvez was arrested today in Kashmir & is at risk of being charged by authorities in #India with terrorism-related crimes. He’s not a terrorist, he’s a human rights defender,” Mary Lawlor, UN Special Rapporteur on Human Rights Defenders, said in a tweet.

Amnesty International said Parvez’s arrest “is yet another example of how anti-terror laws are being misused to criminalise human rights work & stifle dissent in India… Instead of targeting HRDs (human rights defenders), authorities should focus on bringing accountability for human rights violations.”

While Parvez was initially detained for questioning, the NIA formally arrested him on Monday evening. The arrest memo said he was arrested in the case, FIR RC-30/2021/NIA/DLI filed on November 6, under IPC Sections 120B (criminal conspiracy), 121 (waging, attempting to wage, abetting waging of war against the government), and 121A (conspiracy to commit offences punishable by Section 121); and Sections 17 (raising funds for terrorist act), 18 (conspiracy), 18B (recruiting of any person or persons for terrorist act) and 40 (raising funds for a terrorist organisation) of the UAPA.