Bringing back the railway system to Munnar is one of the tourist department's most high-profile projects and extremely important to minister Kadakampally Surendran, a top tourism official said. 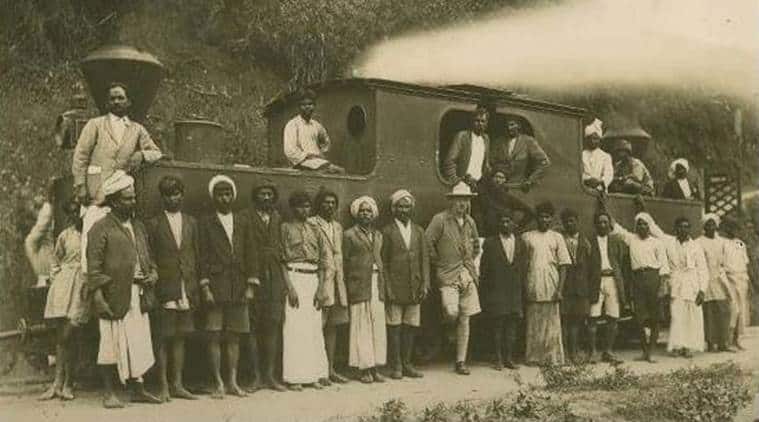 GS Gilles, an engineer, with the locomotive of the Kundala Valley Railway in Munnar before its destruction in 1924.

Over a hundred years ago, the verdant tea plantations of Munnar in Kerala used to have little trains snaking through them, with wagons of tea leaves and other goods, chugging on British-era tracks. But in 1924, when a deluge swarmed large tracts of the region, the tracks, a part of the Kundala Valley Railway, were swept away, wiping out one of the earliest railroad systems in the country.

Now, the current Left dispensation in Kerala is preparing to revive the British-era railway system, with an eye on the high tourist footfalls in the region. Munnar is at the top of the bucket list of every domestic and foreign tourist in Kerala. The prospects of taking a ride on a toy train, on the lines of the Darjeeling Himalayan Railway, will only add greater charm to the hill station.

Bringing back the railway system to Munnar is one of the tourist department’s most high-profile projects and extremely important to minister Kadakampally Surendran, a top tourism official said. Munnar is at the top of the bucket list of every domestic and foreign tourist in Kerala.

“The remnants of the Kundala Valley Railway are still present across parts of Munnar. The other day, a few of us along with S Rajendran MLA, visited some of these remnants and went in search of the people who may have been associated with the British-era project. Tracing the old route of the railway is very important,” said Jayan P Vijayan, secretary of the Idukki District Tourism Promotion Council.

“We have invited officials of the Kerala Rail Development Corporation to come to Munnar and conduct a feasibility study. Based on their report, further decisions will be taken,” he added. “There’s huge tourist potential in this.”

The project, if feasible, is likely to be carried out on a public-private-partnership model along with the Kannan Devan Hills Plantation (KDHP) which owns the land through which the old Kundala railway passed. In fact, the Top Station, which used to be one of the two terminals of the railway, today operates as the regional office of the KDHP.

For six years, between 1902 and 1908, the Kundala Valley Railway operated as a monorail system between Munnar and Top Station with the carriages drawn by bullocks. Tea used to be transported from Munnar to Top Station, and further by rope way to Kottagudi in Tamil Nadu. The goods would then be transported by road to places like Bodinayakkanur and onwards to Thoothukudi port where it would be shipped to destinations including England. In 1908, the monorail was replaced by light railway on narrow-gauge and drawn by locomotives.