A nurse who maintained close contact with the couple has now tested positive for coronavirus. Health Minister KK Shailaja assured her full backing of the medical staff at the hospital. 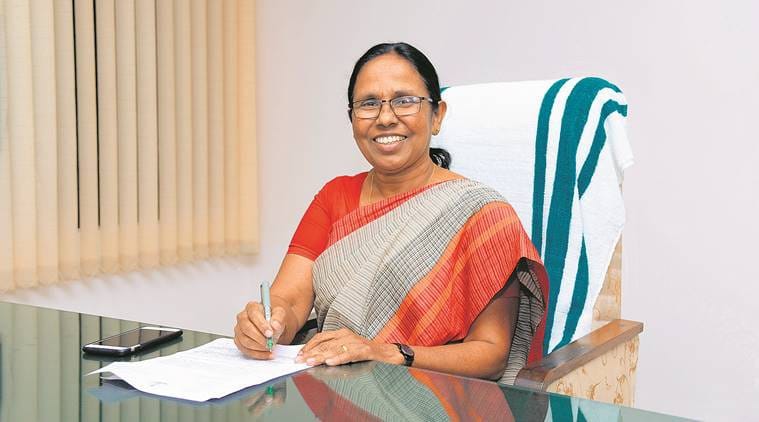 State health minister KK Shailaja congratulated the entire staff of the Kottayam Medical College for providing the best treatment to the couple.

Thomas (93) and Mariyamma (88) belonged to the high-risk category of coronavirus-infected patients in Kerala whose chances of survival were not bright. Moreover, apart from age-related illnesses, they had diabetes and hyper-tension which complicated matters. For several days, Thomas had to be put on the ventilator as his condition deteriorated.

But on Monday, Kerala heaved a sigh of relief as the couple, who hailed from Pathanamthitta, staged a courageous fight against the fast-spreading virus in the intensive care unit and tested negative. In a release, the state’s health minister KK Shailaja congratulated the entire staff of the Kottayam Medical College for providing the best treatment to the couple and paving the way for their eventual recovery from the illness. Seven doctors and 25 nursing staff members were part of the medical team that treated the couple.

The couple was initially admitted to the general hospital in Pathanamthitta on March 6, days after they contracted the infection from their family members who had returned from Italy in the last week of February. But they were moved to the Kottayam Medical College on March 9, where advanced facilities had been set up, on the intervention of the health minister.

The first few days were tough. Thomas began experiencing chest pain, leading doctors to take care of possible cardiac complications. Initially, both of them were being treated in separate rooms. But sensing that they were uncomfortable without the presence of the other, the medical staff moved them into the transplant ICU where they could see each other.

But the condition of Thomas continued to deteriorate. The accumulation of phlegm and intense cough caused oxygen level to fluctuate and he had to be urgently shifted to ventilator support. In between, he suffered a heart-attack as well. Doctors also observed urinary infection in both of them and administered treatment to cure the same.

Last week, Thomas was taken off the ventilator as his condition stabilised. His cough had disappeared too. When both of them were subjected to PCR tests, they came back negative, much to the relief of the medical team. Their condition continues to be stable and the medical board would decide on a date for discharge soon.

A release of the health department said the couple, at times, were insistent on returning home, did not consume food as prescribed and often were uncooperative with the nursing staff. In fact, a nurse who maintained close contact with the couple during their treatment has now tested positive for coronavirus. Health Minister KK Shailaja spoke to her and assured her full backing of the medical staff at the hospital.