Devarajan Master passed away in 2006, but it speaks to his genius, his versatility and the timelessness of his music that a Malayali teenager, born and brought up in the US, can pick up his compositions, admire their beauty and describe in superb detail why they stand out. 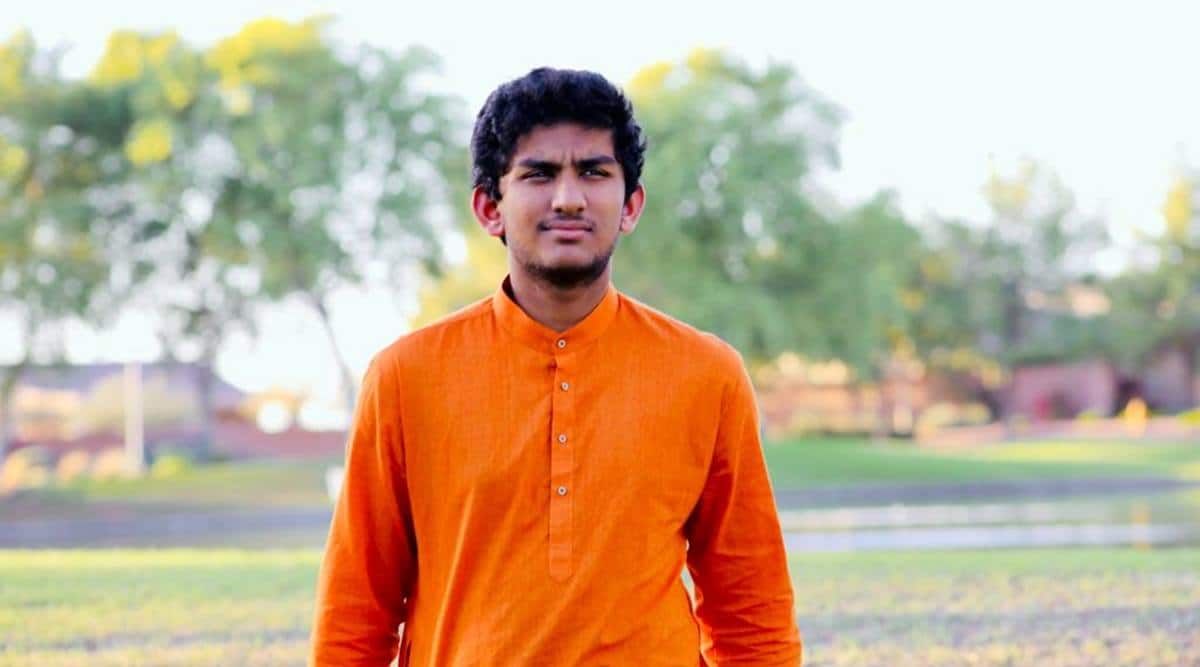 G Devarajan, fondly called Devarajan Master, is often considered the most prolific music composer in the Malayalam playback singing arena. A trained Carnatic vocalist, his foray into music began with the famed song ‘Ponnarival ambiliyil kanneriyunnole’ penned by ONV Kurup for the play ‘Ningal enne Communistakki’ (You made me a Communist) in 1952. His association with the poet-lyricist Vayalar Ramavarma and singer KJ Yesudas in the 60s and 70s spawned a deluge of hit numbers in different genres including classical, semi-classical, western and folk. In a career spanning three-and-a-half decades and over 350 films mostly in Malayalam, Devarajan left behind a rich, diverse array of music preserved by a generation of Malayalis.

Devarajan Master passed away in 2006, but it speaks to his genius, his versatility and the timelessness of his music that a Malayali teenager, born and brought up in the US, can pick up his compositions, admire their beauty and describe in superb detail why they stand out. 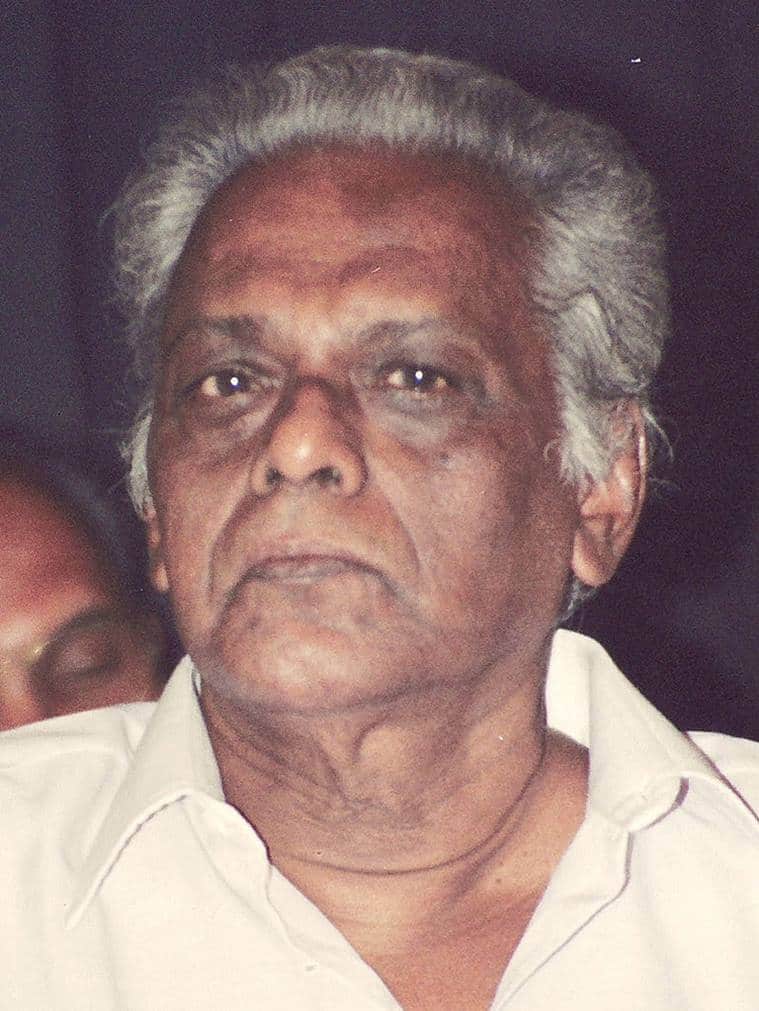 Navaneeth Unnikrishnan is all of 16, but his knowledge of yesteryear Malayalam film songs, especially those of Devarajan, and the minute classical ‘swaras’ and the ‘gamakas’ in these songs is incredible. In a set of five videos posted by his dad on Facebook, which have accumulated hundreds of likes and shares, Navaneeth speaks in a heavy American accent. But as soon as he delves into one of Devarajan’s finest compositions, the transformation is seamless. The videos are not heavily-edited; they are mostly informal conversations with a 16-year-old sitting in his home in Phoenix, Arizona, talking in front of a microphone about his favourite music director and in between launching himself into some of his compositions.

Over a phone call from Phoenix, Navaneeth explained his fascination for Devarajan’s songs. “He is one of the greatest musicians to ever grace India. He is a colossus of Malayalam music in general. He has used 130-140 ragas in his songs and that’s the most by any musician in Malayalam. I find that fascinating. Even from his first composition, he bridged the gap between Carnatic and Hindustani music and gave it mass appeal. One can consider him a textbook of Malayalam music in many ways,” he told indianexpress.com.

In one of the videos, Navaneeth sings the opening lines of the 1973-song ‘Prananathan enikku nalkiya’, composed by Devarajan and sung by P Madhuri, and then painstakingly dissects the classical essence in it. “The reason this song is composed in Kambhoji raga is because the ascending and descending notes of the raga go this way,” he says, going on to sing the swaras. “Harikambhoji has the nishadam in the ascending notes while Kambhoji doesn’t have the nishadam.”

In another video, he laments how Devarajan didn’t get a single national award for best music composer even though his songs like ‘Padmatheerthame’ bagged the national award for singer Yesudas in 1973. “A year before that, the song ‘Manushyan mathangale srishtichu’ got national awards for both lyricist Vayalar and singer Yesudas. But Devarajan Master unfortunately did not get the award. I think that’s a travesty in itself, because he should have won multiple awards. Especially because he helped so many other singers get their own National awards like Yesudas, P Jayachandran and P Susheela… even the great P Madhuri for the song ‘Inneniku pottu kuthan’, which almost got the award for him as it’s a beautiful and challenging composition. But unfortunately, he didn’t,” he says in stunning detail.

The reason Navaneeth is able to connect so well with these songs, that have been written and composed mostly in the 60s and 70s, is his training in Hindustani music for the past 12 years under Dr Vijayshree Sharma and Pt Ramesh Narayan. He has also started learning Carnatic music under Dr K Krishnakumar recently.

“It’s sad that a lot of people don’t know that Devarajan master was the brains behind some of the most important compositions from South India like ‘Harivarasanam’ which is sung every night at Sabarimala temple, or ‘Kani kaanum neram’ and ‘Chethimandharam thulasi’. Even a song like ‘Kuttanadan punjayile’ which has been remixed so many times, but people haven’t given him due credit. I always find it intriguing.”

Navaneeth credited his ability to appreciate the finer nuances of classical music in film songs to his training in Hindustani music, which shares both similarities as well as deep differences with the Carnatic branch. “Like Mohanam in Carnatic and Bhupali in Hindustani. Or Mayamalavagowla in Carnatic and Bhairav in Hindustani… those are the first ragas that come to mind. Carnatic has a lot of ‘gamakas’ (a kind of embellishment on a note or between two notes) and Hindustani is all about achieving the needs of ‘bandishes’ and ragas. Malkauns in Hindustani is similar to Hindolam in Carnatic, but they are also different in many ways. It’s incredibly fun to learn about a new form of music,” he said.

Getting positive feedback for his videos is ‘great’, but he noted that he had a ‘lot to learn’ in music.

His father Unni Vadakkan, who works with Amazon in Phoenix and hails from Kannur district of Kerala, said he became acquainted with his son’s musical talent right from the time when he was two years old and started singing. “When a three-year-old sings, we can’t catch notes in the song, but he knows where the note is. He had developed a throat and it was very clear to us,” he said, adding that he has a photographic memory.

“I have videos when he was nine years of age where he talks about musicians from Kerala. I don’t think any kid at that age, be it in Kerala or even in the US, knows such minute details of songs, for example, names of its lyricist, composer, singer and name of film… a lot of people like to know about music, but they don’t always get the right information. All these things that he was talking to me, it was new information for me. So I thought music lovers would like that kind of information and his singing as well.”

Since the time the videos began attracting wide attention, Unni has been bombarded these days with compliments and messages of support for his son from his friends and musicians from Kerala. One, however in particular, has stood out: a hand-written note from Leelamani, the wife of late Devarajan master, wishing Navaneeth the best.