Fresh allegations have surfaced after a nun, who is at present a witness in the ongoing trial against the bishop, has issued a statement that Mulakkal hugged her and forcibly kissed her on the forehead at the convent in April 2017. 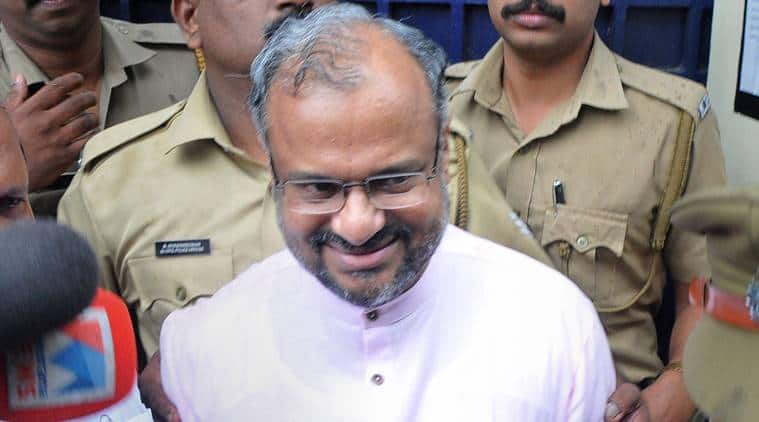 Fresh allegations have surfaced against Bishop Franco Mulakkal who is on trial in a rape-case. (PTI File photo)

Embattled Catholic Bishop Franco Mulakkal, who is currently on trial for allegedly raping a nun several times at a convent in Kerala between 2014 and 2016, is facing accusations of sexual assault again.

Fresh allegations have surfaced after a nun, who is at present a witness in the ongoing trial against the bishop, has issued a statement that Mulakkal hugged her and forcibly kissed her on the forehead at the convent in April 2017.

The witness’ statement, which the Indian Express accessed, says the assault occurred at the end of a two-hour interaction in his room at the convent. The statement is part of a detailed chargesheet filed by the local police in April 2019.

The nun has further alleged that the bishop, towards the end of 2015, often used lewd language with sexual undertones including verbal descriptions of their body parts during online video chats. The nun said since he was the head of the diocese, she didn’t have the courage to oppose him as it would have led to her expulsion from the church and added, it was due to the same fear that she did not file a formal police complaint.

A top police officer, who was part of the investigation in the case, did not respond to queries about the new revelations.

Mulakkal, former bishop of the Jalandhar diocese of the Catholic Church and an influential member of the clergy, is currently out on bail and has been ordered not to enter Kerala so as to prevent coercion of witnesses. He is at present charged under various sections of the Indian Penal Code including 342 (punishment for wrongful confinement), 376C (sexual intercourse by person in authority), section 377 (unnatural sex) and 506(1) (criminal threat). The chargesheet has 84 eyewitness statements including priests, bishops and nuns.

Sister Lucy Kalappura, one of the five nuns who waged a hunger strike against the rape-accused Bishop in 2018 and who was later expelled from the Franciscan Clarist Congregation (FCC), said the fresh testimony will help the case against Mulakkal.

“I am very proud of the nun for her testimony. The so-called ‘innocence’ of Franco Mulakkal is fake and this testimony by the nun will aid the court in successfully delivering a verdict against the bishop. He will be punished, without doubt,” she said.

“I strongly suspect that other nuns belonging to the order of the Missionaries of Jesus would have been similarly sexually assaulted by this man. The reason why these nuns don’t come forward is the social and religious setting in our state. It is blind belief in religion. Even I, for simply supporting the nuns in their fight against the bishop, am being defamed across the state and expelled from the congregation,” she added.

Yes, new mothers can breastfeed their adoptive or surrogate baby