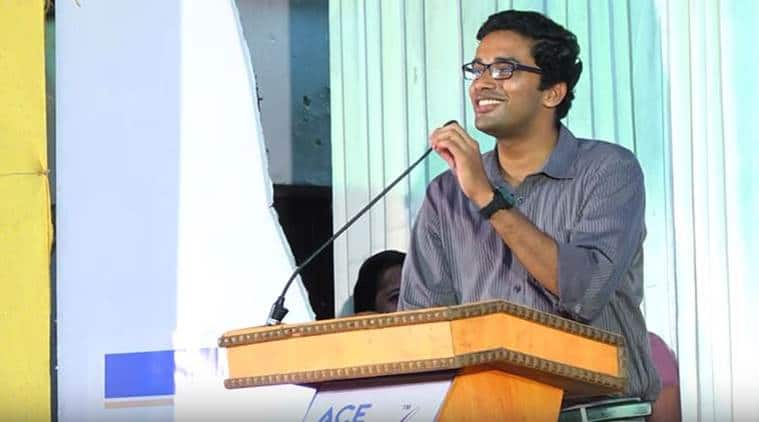 IAS officer Sriram Venkataraman, who was the sub-collector of Devikulam in Idukki district of Kerala. He headed anti-encroachment drives in Munnar

Sriram Venkataraman, the young IAS officer who took on powerful encroachers in the hill station of Munnar, was transferred by the Kerala government Wednesday.

The officer, who was the sub-collector of Devikulam in Idukki district, has been posted as the director of employment and training department in what the CPM-led government has termed a ‘promotion.’ But many also believe that it was his action against the powerful real-estate mafia usurping government land illegally that had resulted in his being booted out from his present post. Most recently, he had issued a notice to a resort owner who had reportedly encroached upon a 22-cent land near the Munnar police station. Even the Kerala High Court had stated in that case that it would not interfere in Venkataraman’s campaign to evict squatters.

Munnar is part of an ecologically sensitive and fragile zone where a large number of resort and hotel owners have gone on to build outlandish properties to the dismay of environmental activists. Encroachment in the hill station, popular for coffee and cardamom plantations, has always been a simmering issue in the state.

Several politicians including local MLAs S Rajendran and MM Mani had complained about Venkataraman’s actions to Chief Minister Pinarayi Vijayan. Mani had even went to the extent of saying that the IAS officer should be banished to a mental health facility. When an iron cross atop a hill was razed during an anti-encroachment drive, Mani equated Venkataraman to an ‘RSS agent.’

The eviction drive had also led to a prolonged rift between allies CPI and CPM with the former always found supporting Venkataraman’s actions. Revenue Minister E Chandrasekharan, who belongs to the CPI, justified Venkataraman’s transfer saying it was a ‘promotion’ and that it was ‘routine.’ He said anti-encroachment drives would continue to take place in Munnar irrespective of who is posted there.

Read the story in Malayalam here