The letters separately issued to the four nuns by their superior Regina Kadamthottu on January 10 said it was a reminder to them to join convents assigned to them as per the earlier transfer order in March 2018. 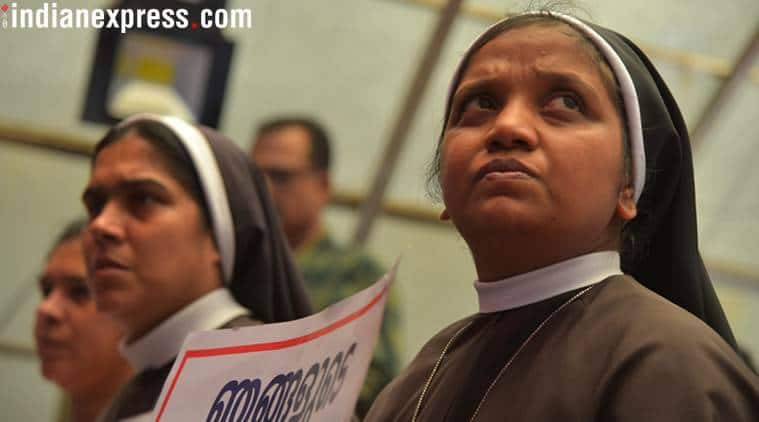 A day after the Catholic Church in Kerala transferred four nuns from its Missionaries of Jesus convent in Kuravilangad, Sister Anupama Kelamangalathuveliyil, who has been asked to return to Chamiyari convent in Punjab, called the transfer order an ‘attempt to split and destabilise them’.

“This is an attempt to split and destabilise us emotionally. No guarantee that people who aren’t protecting us here will give us protection at other places like Bihar or Punjab,” she was quoted as saying by news agency ANI.

Sister Anupama also denied moving out of the mission house saying she will stay until justice is served.

“It is not a fresh transfer order, but only a reminder to return to the mission’s convents where we had been in the past. We were told to comply with the earlier order issued in March last year in this regard. We all have come to our house in Kottayam to extend support to our sister (the rape victim). We will stay here until she gets justice. We have no plan to move out. What security would we get in the convents allotted to us?” she said.

The other three sisters, Sister Alphy has been transferred to Pakartala convent in Bihar, Sister Josephine to Lalmatia in Jharkhand and Sister Ancita to Kannur in Kerala. Their colleague Neena Rose, who also participated in the protest, has not been issued a transfer order.

The protest had paved the way for a major movement, Save Our Sisters, which was called off only after the arrest of Mulakkal and his removal as bishop of Jalandhar.

The letters separately issued to the four nuns by their superior Regina Kadamthottu on January 10 said it was a reminder to them to join convents assigned to them as per the earlier transfer order in March 2018. This is the second such reminder to the nuns after their stand-off with authorities. The letter asked the nuns to “mend their current way of life and activities pursued by them’’.

The Catholic Church, a week ago, had also sent a warning to Sister Lucy Kalapura, a nun who was at the forefront of protests against rape-accused Bishop Franco Mulakkal, for “attending channel discussions”, writing articles in “non-Christian newspapers” and “making false accusations” against the Catholic leadership.

READ : Nun who took part in protests against bishop gets warning from church

The warning, with the threat of dismissal from the congregation, has been issued by Sr. Ann Joseph FCC, Superior General of the Franciscan Clarist Congregation (FCC).