Kerala rains and floods: Kerala CM Pinarayi Vijayan has said that he will have a discussion with the Centre over the former's denial on accepting relief aid from UAE. He also thanked the armed forces for their exemplary show during rescue operations in flood-affected Kerala.

Kerala Chief Minister Pinarayi Vijayan on Wednesday said that if need be, he will hold discussions with the Centre over the former’s denial of a Rs 700 crore flood relief aid offered by UAE. “As soon as this (UAE) aid was announced, Prime Minister Narendra Modi tweeted that this was an indeed welcome gesture. Now with media reports, if need be, we will speak to the Prime Minister,” he told reporters.

Earlier in the day, Vijayan had said that UAE “cannot be considered as any other nation” as “Indians, especially Keralites, have contributed immensely in their nation-building”. Read more

In the past 14 years, India has refused aid from Russia, US and Japan for Uttarakhand floods in 2013, and for the Kashmir earthquake in 2005 and floods in Kashmir in 2014. Prime Minister Narendra Modi, during his visit last week, had announced an assistance of Rs 500 crore in addition to the Rs 100 crore announced by Home Minister Rajnath Singh.

Meanwhile, Southern Naval command Wednesday called off its 14-day long rescue operations in the flood-hit Kerala, saying there were no more requests for evacuation as waters receding in affected areas, PTI reported. It also said the Naval personnel rescued a total of 16,005 people during ‘Operation Madad’, launched on August 9 for assisting the state administration and undertaking disaster relief operations.

Kerala floods LIVE updates: Centre declares the floods as a calamity of 'severe nature' and scales up the relief and rescue operations in the state. Read in Malayalam

UAE funds: Vijayan to hold discussions with Centre regarding transfer

Meanwhile, Pinarayi Vijayan passed a statement regarding the UAE government funds for the state flood victims and to reinstate the entire place.

CMO tweeted out and said that Pinarayi Vijayan shall be visiting different relief camps in the state to review the functioning of the camps. He will personally visit camps in the worst hit-area Chengannur apart from Kozhencherry, Alappuzha, North Paravoor and Chalakudy.

"The Indian Revenue Service Association (an all-India body) expresses its deep concern and empathy with the disaster affected people of Kerala facing unprecedented floods in the state," according to an official statement issued today.

The statement said that all officers of the Indian Revenue Service (IRSS) Association will contribute at least one day's salary towards the disaster relief for the affected people of Kerala.

"We hope that the people of Kerala will soon overcome the calamity," it said. 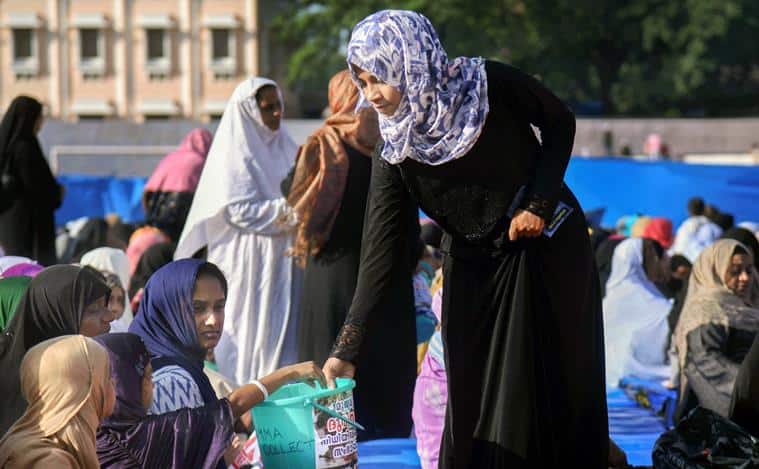 Muslims collect fund for the victims of Kerala floods after offering prayers on the occasion of Eid al-Adha, in Thiruvananthapuram on Wednesday. (PTI Photo) 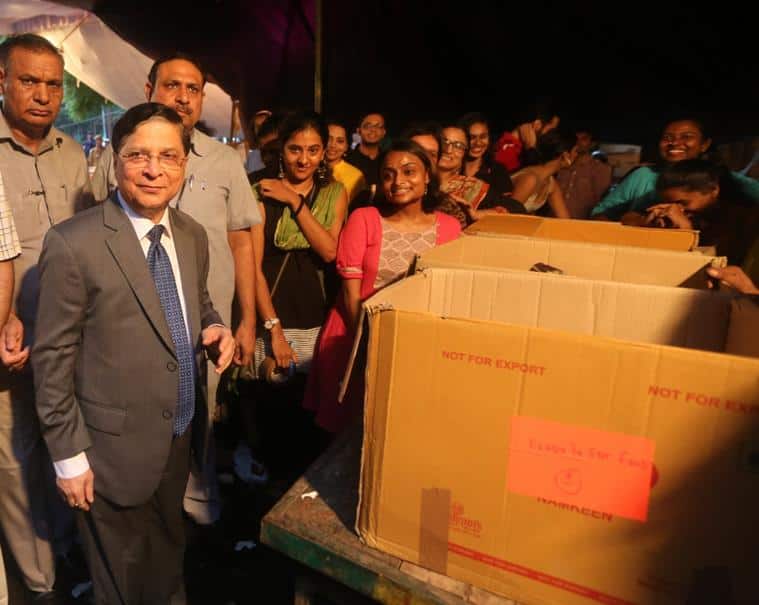 "I have come across reports that the Centre might not accept the funds promised by UAE for relief. If need be, we will approach the Prime Minsiter and have a discussion on it," said CM P Vijayan.

The Kerala government has decided to organise a farewell on August 26 to express its love & gratitude towards the various defence forces who helped in relief and rescue operations in the state, CM Pinarayi Vijayan said.

The CM thanked the Indian cricketers for dedicating their victory in England to the victims of Kerala floods. He also expressed his delight to see children coming to front and donating their life savings towards the relief fund.

CM urges people to stay strong in this testing hour

CM Pinarayi Vijayan said the police, fireforce and health officials are actively working in the relief operations. He also urged those who have returned to see their homes destroyed in the floods to stay strong and that together they shall overcome this crisis.

Kerala CM Pinarayi Vijayan extended his gratitude towards the security forces for undertaking the herculean task of rescue operations in flood-affected Kerala. Addressing a press conference,  he said that rescue operations are on the verge of completion.

The Southern Naval command today called off its 14-day long rescue operations in the flood-hit Kerala, saying there were no more requests for evacuation as waters receding in affected areas, news agency PTI reported.

It also said the Naval personnel rescued a total of 16,005 people during 'Operation Madad', launched on August 9 for assisting the state administration and undertaking disaster relief operations.

"The Southern Naval Command recalled all rescue teams deployed for #OperationMadad as flood waters receded and no more requests for rescue were received," a Defence release said here.

Indian skipper Virat Kohli Wednesday dedicated his team's 203-run victory over England in the Trent Bridge test to the Kerala flood victims. Speaking at the post-match presentation ceremony, Virat said, "We, as a team, want to dedicate this win to the flood victims in Kerala. This is our bit we can do as the Indian cricket team. A tough time there. "

'Unfortunately, I am sorry to say that the financial assistance announced by the Government of India is quite disappointing as far the magnitude of the crisis is concerned'- Former CM Ommen Chandy in a letter to PM Modi #KeralaFloods pic.twitter.com/J9fmfe0XWn— ANI (@ANI) August 22, 2018

With the central government hesitant to accept the offer of Rs 700 crore made by crown prince of Abu Dhabi for relief and rehabilitation works in Kerala, Chief Minister Pinarayi Vijayan said that UAE “cannot be considered as any other nation” as “Indians, especially Keralites, have contributed immensely in their nation building.” Read more

A government order has been released for granting ₹25000 to each panchayat ward in the flood affected areas for cleaning efforts. Similarly, Corporation and Municipal wards in the affected areas will be given ₹50000. #KeralaFloods 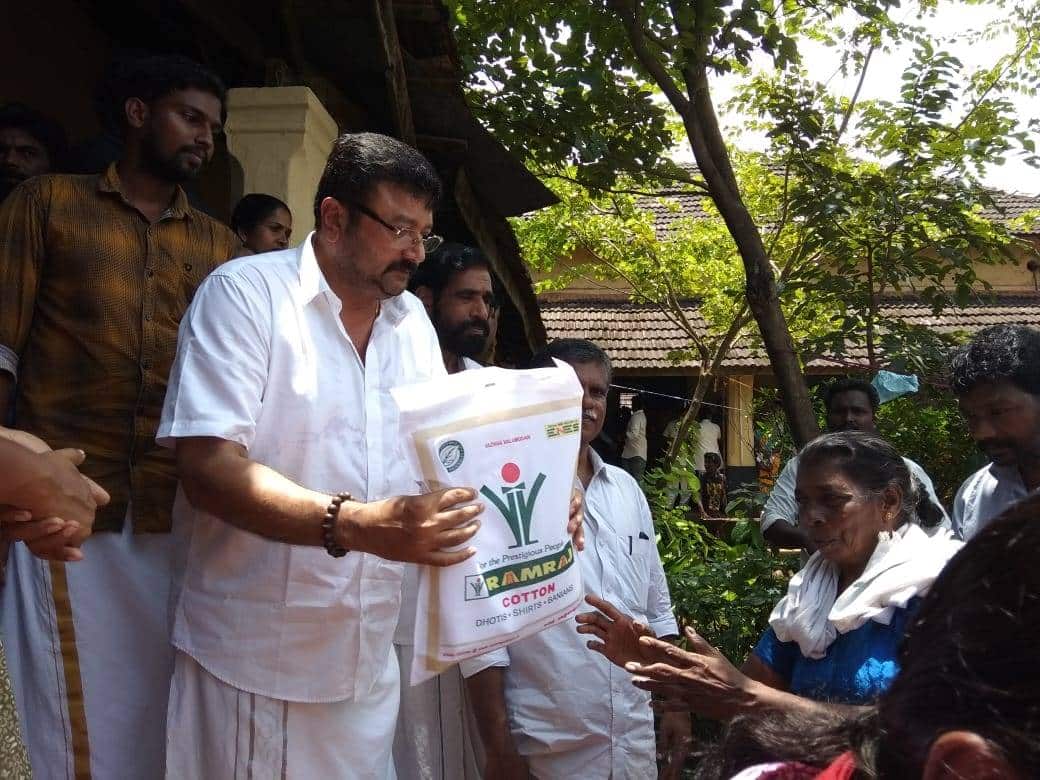 A couple being rescued via boat by locals near Aluva

Kerala floods: Chief minister Pinarayi Vijayan had pegged the loses incurred by the state at Rs 19,512 crore so far. Over 200 people were killed since August 8 in the floods and thousands have been displaced in Kerala. Over 10.78 lakh people, including 2.12 lakh women and 1 lakh children below 12 years of age, are taking shelter in 3,200 relief camps. A special assembly session will be held on August 30 to discuss relief, rehabilitation and reconstruction.