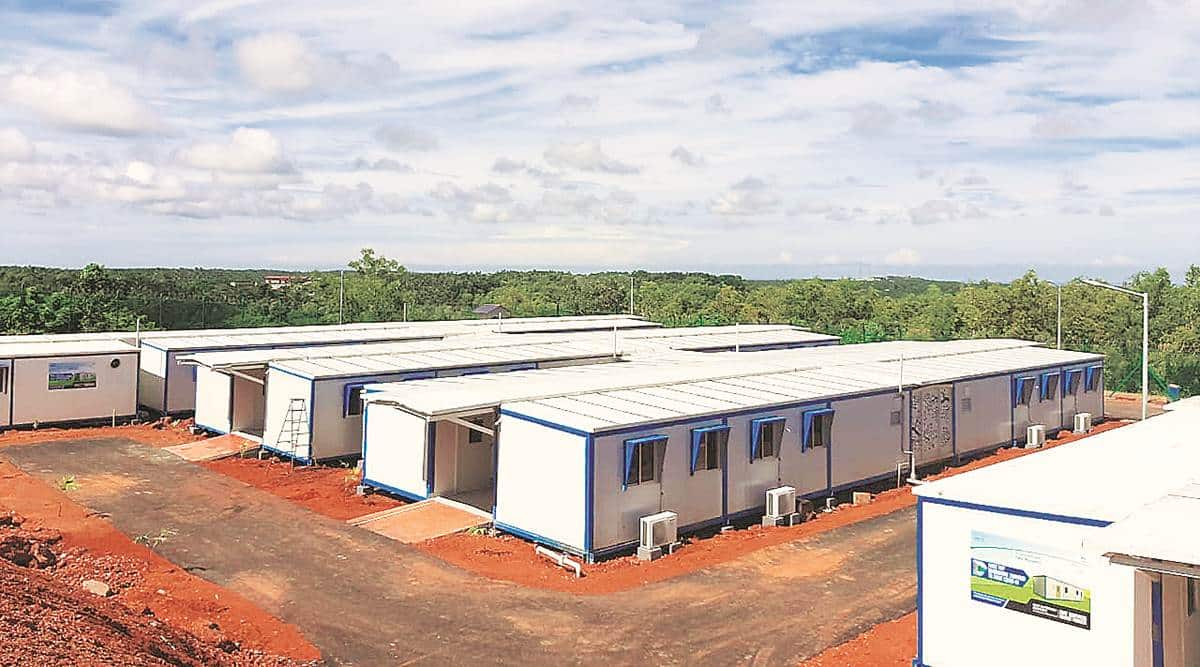 A Covid hospital built by Tata Group at Kasaragod in Kerala. It was handed over to the state goverment on September 10.

While the country as a whole, and the five states with maximum caseloads, have been reporting a decline in the number of active cases of novel coronavirus infection in the last few days, Kerala, once feted for its effective containment measures, has been amongst the big trouble spots in the last few weeks.

With a daily growth rate of 3.38 per cent, Kerala has currently been adding numbers at a rate faster than every other state, except Chhattisgarh, which is growing marginally faster. The national growth rate happens to be just 1.63 per cent per day right now, which means Kerala is growing at more than twice the national rate.

On Thursday, Chief Minister Pinarayi Vijayan called the situation in the state grave. “There is a steep hike in the number of positive cases in many districts. We are moving to a serious situation,’’ he said.

The CM also blamed the Opposition for carrying out protests without regard to Covid-19 protocol — the Opposition UDF and BJP have been seeking the resignation of Higher Education Minister K T Jaleel in the gold smuggling case. “The infection is spreading due to that too. The battle against Covid-19 should not be seen as the victory of some people or the failure of others,’’ he said.

While nationally, the recovery rate is 81.55 per cent, the figure for Kerala has gone down to 69.83 per cent. Many states with caseloads higher than Kerala have fewer active cases.

Health economist and guest faculty at IIM Kozhikode Prof Rijo M John said Kerala isn’t testing enough, leading to cases going undetected. “While cases have been growing, Kerala is not stepping up testing. Without more testing, we cannot even predict the peak for Covid-19 cases in the state,’’ he said.

Dr Fazal Ghafoor, a member of the expert committee that advises the government on Covid-19 management, agreed on the need for more tests. He, however, said that unlike several other states which witnessed a spurt in cases, in Kerala, the growth in cases has been steady. “This shows that we are putting up a strong fight to delay the peak. Our health infrastructure is not still under stress. Though there are 45,919 active cases in

Kerala as on Thursday, only 97 are on ventilator support and 371 in ICUs. That’s a welcome relief,’’ he said.

Explained: How CSIR will try to find out if coronavirus can spread while airborne

The state government on Wednesday urged asymptomatic patients to isolate themselves at home under the guidance of health workers.

On Thursday, police registered a case against K M Abhijith, president of the Congress’s student outfit Kerala Students’ Union, on charges of getting a Covid test done under a fake name and ID. Abhijith, who tested positive on Wednesday, had actively participated in the recent protests.