Congress candlelight march at India Gate: "This is not a political protest, this is a national matter. The government should be able to protect the dignity of women in this nation," said Rahul Gandhi.

Leading the candlelight vigil at India Gate in the national capital on Thursday midnight to protest against the Kathua and Unnao rape cases, Congress party president Rahul Gandhi asked the Modi government to act against the perpetrators of the crime and ensure women safety across the nation.

Rahul Gandhi who arrived at the India Gate along with Priyanka Gandhi said that Congress does not intend to politicise the issue. “This is not a political protest, this is a national matter. The government should be able to protect the dignity of women in this nation,” says Rahul Gandhi.

Women and people across all the parties have joined us in the protest. “We want the government to resolve the matter, women should at least feel safe,” he added.

Questioning the motive behind the Congress protest march, BJP called it a ‘farce’. Speaking to a private TV channel, BJP leader, Vaibhav Aggarwal said that the Congress was simply politicising the issue. “People are taking selfies, Priyanka Gandhi is laughing,” he said.

Earlier in the day, the Congress chief condemned the gangrape and brutal murder of an eight-year-old girl in Kathua, Jammu, and called it a ‘crime against humanity’. “How can anyone protect the culprits of such evil? What happened to the girl at Kathua is a crime against humanity. It cannot go unpunished. What have we become if we allow politics to interfere with such unimaginable brutality perpetrated on an innocent child?” he said. 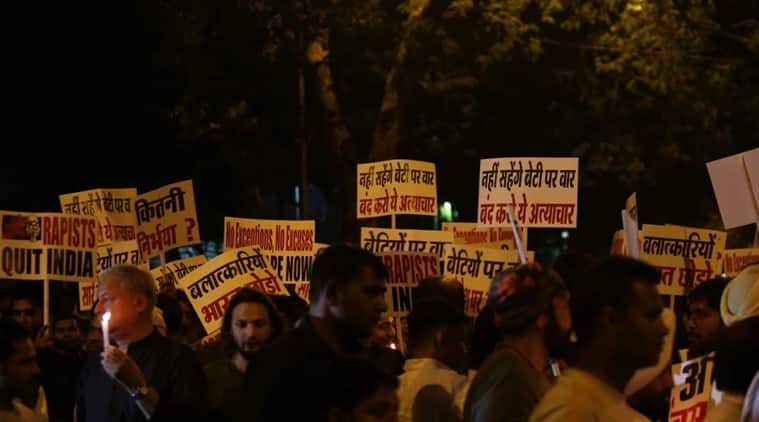 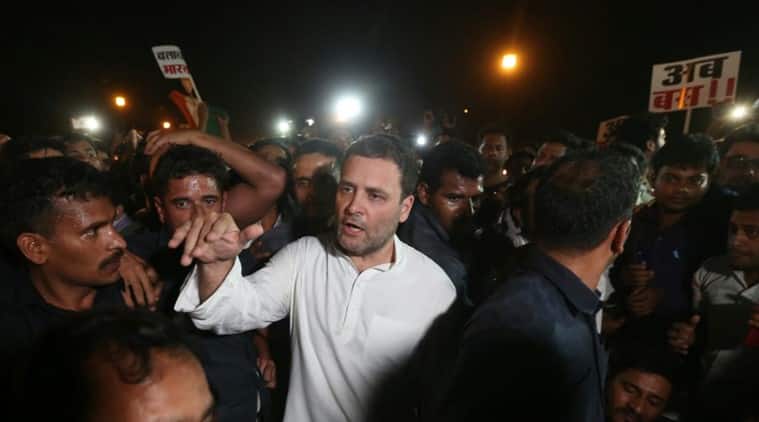 We are here to 'show our solidarity',  says Priyanka Gandhi, who is accompanied by her daughter Miraya and Husband Robert Vadra at the India Gate. She also called for a peaceful march and demanded that people realise why they have gathered tonight and behave themselves. 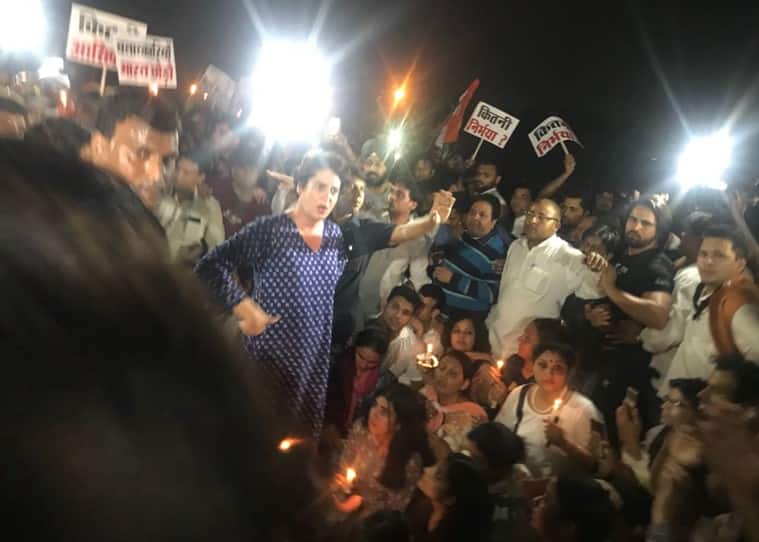 People in large numbers have joined the candlelight vigil at India Gate in Delhi. (Express photo by Aniruddha Ghosal)

This is not a political protest: Rahul Gandhi

Calling the protest an effort to protect women and ensure justice to rape victims, Rahul Gandhi says that the Congress is not trying to politicise the issue. "This is not a political protest, this is a national matter. Women and people across all the parties have joined us in the protest. The government should be able to protect the dignity of women in this nation," says Rahul Gandhi 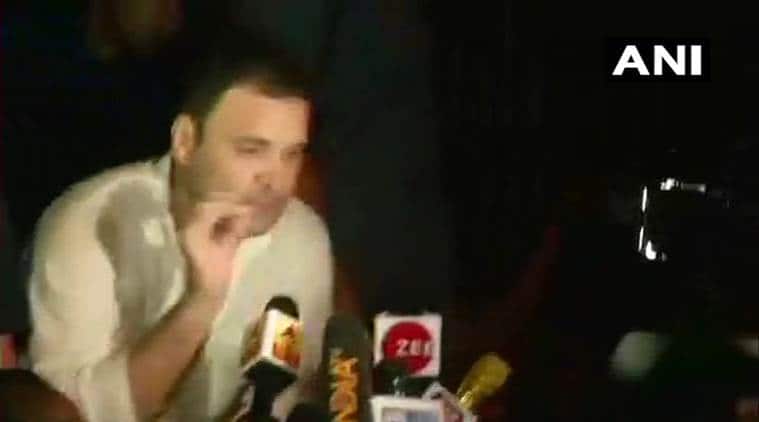 According to the chargesheet filed by police, minutes before she was about to be killed, one of the accused asked the killer to wait so that he could rape the girl one more time. She was then strangled and hit on the head twice with a stone — “in order to make sure,” she was dead. Her body was found dumped in the forests nearby, seven days after she went missing.

FIR in the Kathua rape case was filed on January 12

An FIR was lodged by the girl’s father on January 12 and police arrested a member of Dogra community in connection with the case. After allegations of a cover up by the Bakherwal community surfaced, the case was transferred to the Crime Branch.

What is the Kathua rape-murder case?

An 8-year-old Bakherwal Muslim girl went missing from her house in Rasana in Jammu and Kashmir’s Kathua on January 10. She was allegedly gangraped repeatedly inside a “devsthan” (prayer hall) and kept sedated for hours. Before being killed, she was raped again.

BJP calls the protest a 'farce'

Congress is politicising the issue, he adds.

The Congress workers move beyond police barricades installed around the protest venue. At least 2000 Congress supporters are now moving towards the India Gate. 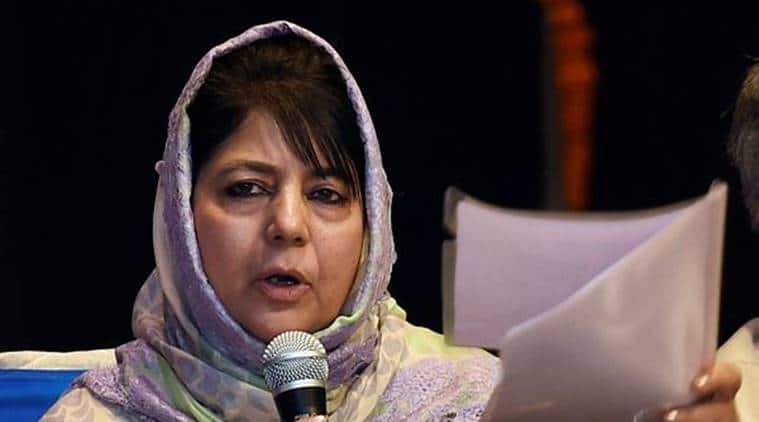 Under fire over the Kathua rape incident, the ruling Peoples’ Democratic Party (PDP) in Jammu and Kashmir on Thursday directed all its ministers, legislators and senior leaders to be present for a special meeting on Saturday. Jammu and Kashmir Chief Minister Mehbooba Mufti on Thursday said the government will introduce a new law to ensure death penalty for those raping minors across the state.

While reassuring justice for the eight-year-old girl who was brutally gangraped and murder early this year, the CM said on Twitter, “I want to assure the entire nation that I stand committed not just to ensure justice for the minor girl but also seek exemplary punishment for those responsible for a crime whose brutal savagery has shamed humanity.”

She added, “We will never ever let another child suffer in this way. We will bring a new law that will make the death penalty mandatory for those who rape minors, so this case becomes the last.” READ MORE 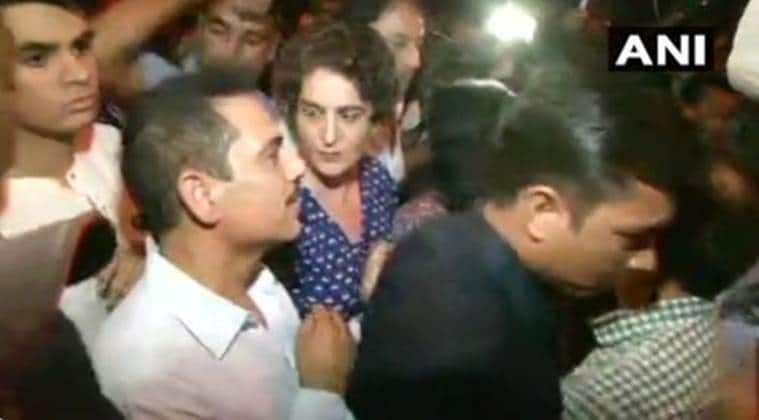 Priyanka Gandhi Vadra has also joined the Congress protest march at India Gate. Priyanka is accompanied by her husband Robert Vadra along with Congress supporters.

The govt is sleeping & so at this time Congress will have to wake them up. PM had given a slogan 'Beti Padhao, Beti Bachao' & it's in his regime that our girls are being raped. He isn't taking action against his ministers who are trying to save the rape accused: Ghulam Nabi Azad pic.twitter.com/PtfZkFlbSB 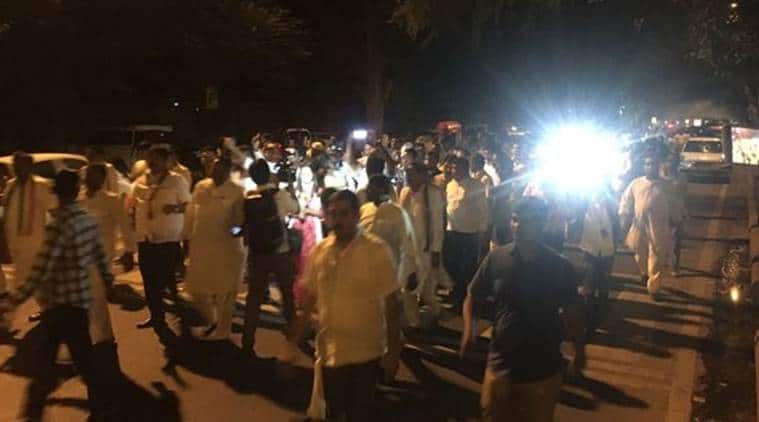 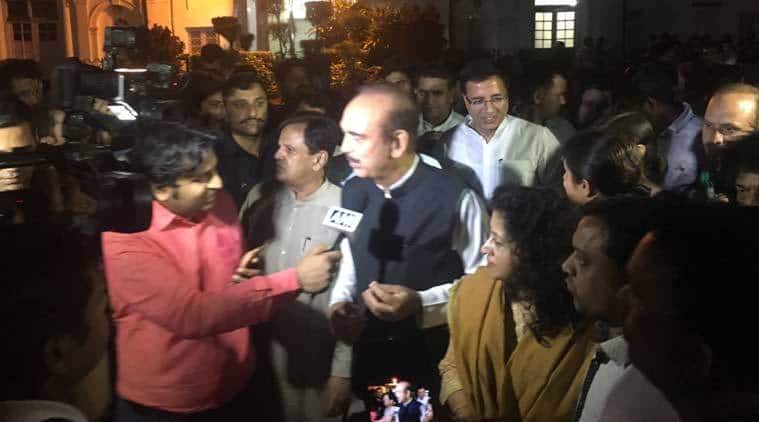 Congress president Rahul Gandhi will hold a candlelight vigil at India Gate in the national capital on Thursday midnight to protest against the Kathua and Unnao rape cases. Taking to Twitter, he said, "Like millions of Indians my heart hurts tonight. India simply cannot continue to treat its women the way it does. Join me in a silent, peaceful, candlelight vigil at India Gate at midnight tonight to protest this violence and demand justice."