Kartarpur Corridor Inauguration Today Today HIGHLIGHTS: Kartarpur Corridor, connecting Dera Baba Nanak shrine in India’s Punjab with Darbar Sahib — also called Kartarpur Sahib — in Narowal district in Pakistan’s Punjab, was thrown open on Saturday facilitating the first batch of more than 550 pilgrims to travel to the last resting place of Guru Nanak Dev. Prime Minister Narendra Modi flagged off the pilgrimage and handed over the flag of the Jatha to Jathedar Akal Takht. While addressing a public gathering at Dera Bab Nanak, Prime Minister Narendra Modi thanked all who have been associated with the project. He also thanked Pakistan Prime Minister Imran Khan for understanding Indian sentiments and cooperating with Modi-government in this project.

US welcomes opening of Kartarpur corridor

Ensuring 'justice' to Kashmiris will open new channels of communication between India and Pakistan: Imran Khan

Pakistan Prime Minister Imran Khan inaugurated the Kartarpur corridor and hoped that the corridor will generate goodwill among the Sikh community. He raked up the Kashmir issue and said ensuring "justice" to Kashmiris will open new channels of communication between India and Pakistan.

Around 562 pigrims visited crossed over to Pakistan to offer prayers at the Gurudwara Darbar Sahib in Kartarpur on its inaugural day on Saturday, Home Ministry officials said.

Former Prime Minister Manmohan Singh Saturday said that the opening of the Kartarpur corridor will "enormously improve" relations between India and Pakistan. Singh arrived in Kartarpur as the first batch of Indian Sikh pilgrims who entered Pakistan through the corridor.

Punjab minister Navjot Singh Sidhu Saturday thanked the prime ministers of India and Pakistan for the opening of the Kartarpur corridor and said that it was an ointment on the wounds of the people who witnessed bloodbath during the partition. He said that Imran Khan is the first Pakistani prime minister who took this initiative selflessly and praised him in poetic verses for his friendship and leadership.

Prime Minister Narendra Modi Saturday said that the Berlin Wall was also brought down on this day, 9th November and the Kartarpur Corridor was also inaugurated today. Adding that the Ayodhya verdict also came today, he said, "This date gives us the message to stay united and move forward."

After visiting Kartarpur Corridor, former Indian Prime Minister Manmohan Singh said, "It was a good beginning, India-Pakistan relations are subject to many buts and ifs, I hope this is a good beginning to normalise our relation." Voicing similar hope, Punjab Chief Minister Amarinder Singh also said that the visit was a good experience and said that he hoped for the Corridor to become a corridor of peace between the two countries.

Inaugurating the Kartarpur Corridor, Pakistan Prime Minister Imran Khan addressed a gathering of 12,000 devotees including former Indian PM Manmohan Singh and Punjab MLA Navjot Singh Sidhu. "I was not aware of the importance of the Kartarpur till a year ago," Khan said. He inaugurated the corridor by removing a curtain that was lifted by hot air balloons. A huge 'kirpan' (dagger) was displayed at the inauguration site.

If in our time, the Berlin Wall could fall, the map of Europe changed, the Kartarpur corridor opened, then the line of control dynamics can also be changed. Peace can also be initiated :: @SMQureshiPTI #KartarpurCorridor #PakistanOpensKartarpur

Talking at the inauguration, Pakistan Foreign Minister Qureshi citing Kartarpur as an example, said, "PM Narendra Modi must open Kashmir's Jamia Masjid so that the Muslims of Kashmir can offer their prayers there."

-@ImranKhanPTI promised people of India that he would initiate peace & love. Today marks him standing by his promise. Today I ask @narendramodi to do same. When we speak of religious freedom; you can see Gurdwaras are open & vibrant in Pakistan : @SMQureshiPTI #KartarpurCorridor

'If we had this will earlier, South Asia would not be in poverty and conflict': Pak foreign minister

Congratulating Imran Khan for the move, Qureshi added: "If we had this will earlier, to open up corridors of peace and love, South Asia would not be in poverty and conflict. But let this be a beginning. PM @ImranKhanPTI, I congratulate you."

On the Kartarpur Corridor opening, Pakistan Foreign Minister Shah Mahmood Qureshi says: "I wish today, this message of love spreads to Kashmir and our voice reaches there as well. In this era, Pakistan is working on two regional initiatives. One is economic corridor with CPEC, and one is for peace and love which #KartarpurCorridor symbolises today."

Imran Khan has arrived at Gurdwara to inaugurate Kartarpur Corridor

Prime Minister @ImranKhanPTI has reached Gurdwara at #KartarpurCorridor and will be officially inaugurating the historical corridor. @sherryontopp is also present at the occasion#PakistanOpensKartarpur pic.twitter.com/WdaQs5lKtF

The opening of the Kartarpur Sahib Corridor offers a great opportunity for the Sikh community to bring India and Pakistan together in these testing times, the leader of the UAE's Sikh community said, thanking the leaders of both the countries for the momentous occasion.

Surender Singh Kandhari said Kartarpur was of historic and religious significance for Sikhs as this is where the founder of Sikhism Guru Nanak Dev took his last breath. "We consider this of the same importance as the Nankana Sahib Pakistan, the birth place of Guru Nanak Dev Ji," he said. (PTI) 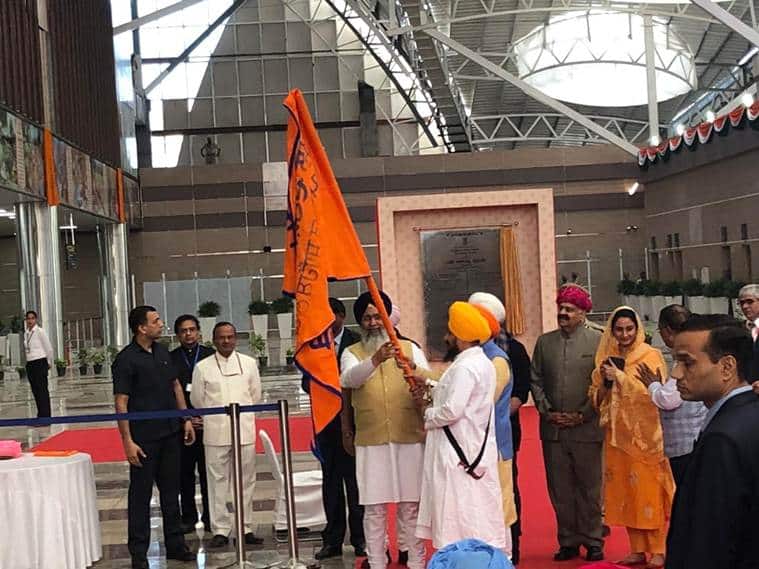 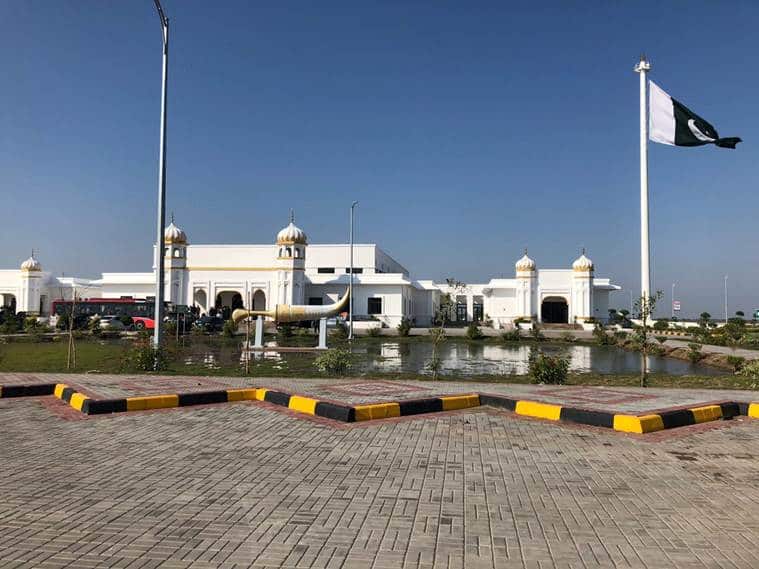 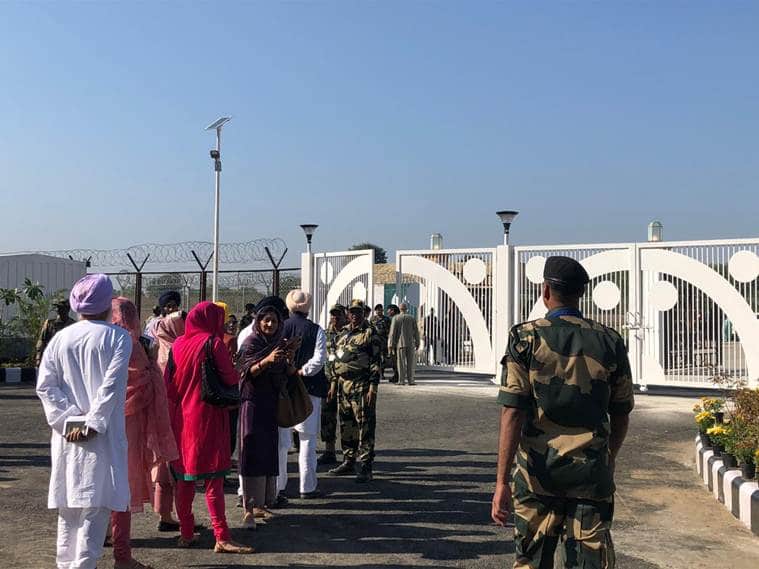 Thankful to people of Pakistan for opening of corridor: HS Phoolka

"We should be thankful to people of Pakistan for opening of corridor. Imran Khan opened it because of Pakistan people’s faith in Guru Nanak. The leaders of our country left no stone unturned that it is not opened. They called the dollar 20 fee jazia while we pay so much money as toll taxes on the roads," HS Phoolka, leader of Opposition Punjab Legislative Assembly.

The day before the historic opening of the Kartarpur Corridor, a group of Canadian Sikh pilgrims were welcomed with garlands at the Wagah immigration terminal. The pilgrims had crossed the Attari-Wagah border to take part in the inauguration of the corridor by Prime Minister Imran Khan Saturday.

The warmth on the ground, however, failed to find an echo at the government level. As Pakistan Foreign Minister Shah Mahmood Qureshi raked up the Kashmir issue Friday, the administration took another U-turn on a commitment by PM Khan to waive the fee of $20 per pilgrim on the opening day. On Thursday, the Pakistan Army had overruled another commitment by Khan that Sikh pilgrims from India would not need to carry their passports.