Karnataka MLAs Resign, Karnataka Political Crises Today Live News Updates: Independent MLA Nagesh stepped down earlier in the day while 13 MLAs had submitted their resignations to the Speaker on Saturday.

Dissident MLAs being shifted to Goa.

Karnataka MLAs Resign, Karnataka Political Crises Today Live News Updates: There is no end in sight to the Karnataka crisis as 21 Congress ministers and nine JDS ministers resigned from the Cabinet to placate the 14 rebel MLAs who withdrew their support to the Congress-JD(S) coalition on Monday. Two independent MLAs Nagesh and R Shankar stepped down earlier in the day while 13 MLAs had submitted their resignations to the Speaker on Saturday. Congress MLA from Bidar North, Rahim Mahmood Khan, on the other hand, threatened to resign from the Assembly, PTI reported.

Meanwhile, the dissident MLAs left Mumbai for Goa in the evening. The coalition was pushed to the brink on Saturday after 13 Congress and JD(S) MLAs submitted their resignations to bring its number to 105, on par with the BJP, in the 224-member Assembly even as several other rebels are reported to be waiting to exit. The resignations of the 13 MLAs, at least 10 of whom have moved to a Mumbai hotel, are yet to be accepted by the Speaker.

The JD(S)-Congress coalition’s total strength after Nagesh withdrawing his support, stood at 117 (Congress-78, JD(S)-37, BSP-1 and Independents-1), besides the Speaker. The BJP has 105 MLAs in the House, where the half-way mark is 113. If the resignations of the MLAs are accepted by the Speaker, the coalition’s tally will be reduced to 104. The Speaker also has a vote.

"In the photograph you have published, the governor was sitting with the police officer. If there was any threat to any MLA, if the MLAs had asked for any security then the question of police security arises but the governor called the police commissioner there and discussed with the MLAs for two hours. (PTI)

"More legislators including Congress legislator Roshan Baig and Karnataka Pragnyavanthara Janata Party legislator R Shankar are likely to come to Mumbai tonight. But, all of them will leave for Goa tomorrow morning," says a BJP functionary.

Watch | 'We have elected our legislators to work for us'

We are now 107, let's wait and see: Yeddyurappa

Former Chief Minister BS Yeddyurappa replies to Kumaraswamy's statement "Government will run smoothly," says, "Two independent MLAs met the Governor and gave a letter that they'll support BJP. Now, we're 105 + 2 = 107. Even when they've lost the majority, Kumaraswamy is speaking like that. People are observing everything. Let us see and wait."

Fourteen MLAs of the ruling JD (S)-Congress government in Karnataka Monday left for Goa as the scene of action on the fate of the Kumaraswamy-led regime shifted to the coastal state. The MLAs, including 10 of Congress, two of JD(S) and two Independents, left for Goa in the evening and are being accompanied by MohitBhartiya, president of the Mumbai BJP Yuva Morcha, sources said. Maharashtra BJP legislator Prasad Lad said the 14 MLAs left the luxury hotel in suburban Bandra where they were put up, at 5 pm. They are expected to stay at a resort in Goa, sources said.

BJP sources said that all the 14 legislators including an independent legislator H Nahesh have left for Goa by road on Monday evening and all the arrangements for their stay in Goa have been made. "All the legislators were waiting for the independent legislator H Nagesh, who came in the afternoon, to join them. All of them are on their way to Goa," said a BJP functionary. The functionary further said that the legisaltors have been accompanied by Mohit Bhartiya, president of Bhartiya Janata Yuva Morcha. "All the legislators left from the back gate of the Sofitel Hotel at around 5 pm," added the functionary.

Anti-democratic attitude of the BJP to destabilise the government: venugopal

"Today morning we met the ministers. In the prevailing condition, the ministers themselves voluntarily resigned from ministership as far as the Congress ministers are concerned," he said. The ministers have left it to the party to take necessary decisions to reshuffle the cabinet and to settle the issues in the present scenario, he said. "I sincerely thank the ministers for their decision and their attitude to sacrifice their ministership for uniting the party and defeating the anti-democratic attitude of the BJP to destabilise the government," Venugopal said.

The Congress workers protesting outside the Sofitel hotel where dissident Karnataka MLAs are holed up have been detained by Mumbai Police. They have been taken to the nearest police station. Now we are having BJP legislative party meeting and we are going to take appropriate decision there. Tomorrow all our workers will protest because Congress-JD(S) lost the majority so CM should resign immediately. That is the people's aspiration also. When they lost confidence, they have no moral right to conduct the business. That is why we are demanding that he (CM) resign immediately. 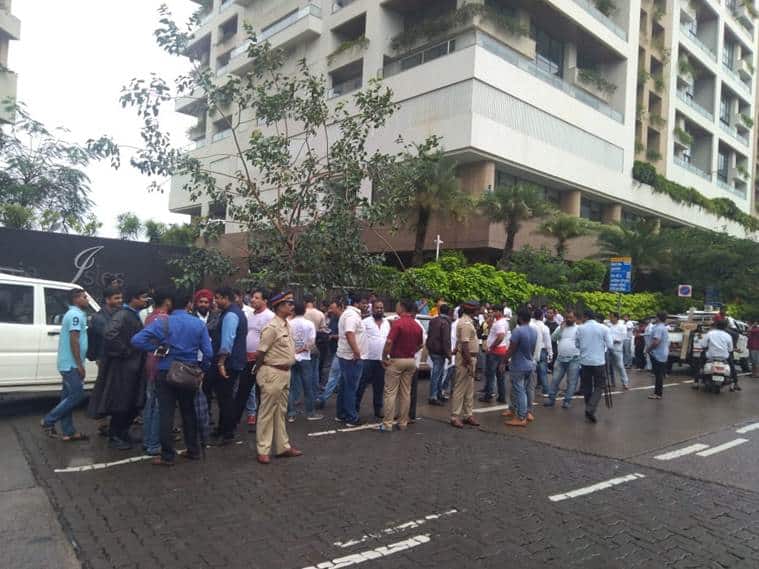 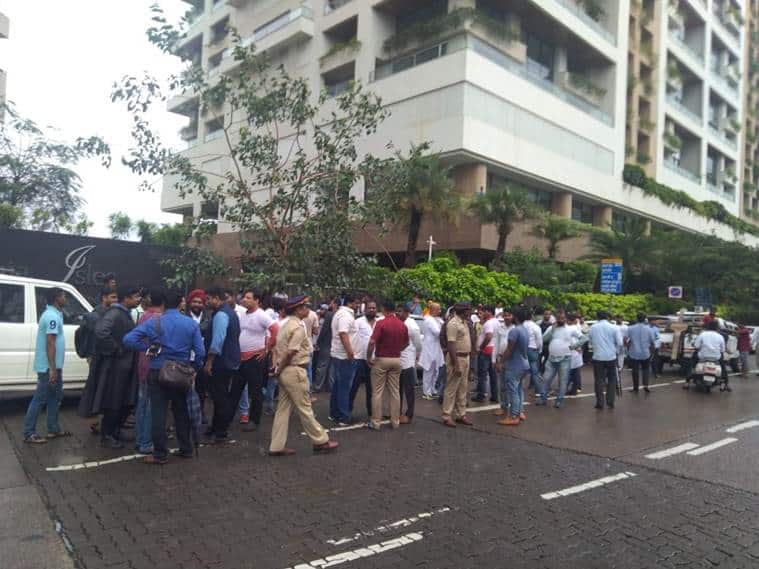 Kumaraswamy may know something no one else does: Omar on K'taka crisis

National Conference leader Omar Abdullah on Monday wondered where Karnataka Chief Minister H D Kumaraswamy got his confidence from that his government would run smoothly. "This is some serious confidence on display here! What does he know that NO one else seems to know," Abdullah tweeted.

This is some serious confidence on display here! What does he know that NO one else seems to know 🤔 https://t.co/WAzFZy7LQv

Congress Legislative Party leader Siddaramaiah alleges BJP of using IT and ED to intimidate MLAs camping in Mumbai. "They (BJP) have not got the mandate in 2018 and they are trying to dislodge this government for the past one year," he said.

Terming the BJP a "poacher party", Congress leader Adhir Ranjan Chowdhury Monday said his party will try to raise the Karnataka-crisis issue in Parliament, but not reveal its strategy.  "We'll try to raise the #Karnataka issue in Parliament but we won't reveal our weapons. But it is clear that BJP is a poacher party," Chowdhury, who is the leader of the Congress in Lok Sabha, told reporters outside Parliament. (PTI)

Kumaraswamy at Bengaluru airport on Sunday.

Congress leader in the Assembly Siddaramaiah, meanwhile, called for a meeting of the state legislature party Tuesday. A session of the Assembly is scheduled to begin on July 12, when the BJP is likely to seek a floor test. In Delhi, the BJP leadership maintained that the party, which is the single-largest in the 224-member Assembly with 105 MLAs, is not responsible for the crisis. “It’s the Congress leaders’ foolishness that they blame the BJP for the current crisis. Ramalinga Reddy, one of the MLAs who resigned, is a senior party leader and a former Home Minister. Even Ramesh Jarkiholi is a multi-term legislator. If they have resigned from the party, it cannot be because of the BJP,” Muralidhar Rao said.