Kargil Vijay Diwas 21th Anniversary 26th July: "On Kargil Vijay Diwas, we remember the courage and determination of our armed forces, who steadfastly protected our nation in 1999. Their valour continues to inspire generations," PM Modi tweeted.

Kargil Vijay Diwas Live Updates: On the occasion of the 21st anniversary of India’s victory over Pakistan in the Kargil war,  Prime Minister Narendra Modi on Sunday paid tributes and recalled the valour of the Indian armed forces while saying the enemy perched atop heights was defeated by brave soldiers.

Taking to Twitter earlier in the day, the prime minister said: “On Kargil Vijay Diwas, we remember the courage and determination of our armed forces, who steadfastly protected our nation in 1999. Their valour continues to inspire generations.”

PHOTOS | From the archives: How India came together to support its 1999 war heroes

During the war, the Indian Army evicted Pakistani intruders and succeeded in recapturing Tiger Hill and other posts as a part of ‘Operation Vijay’. Indian soldiers had secured this victory after a three-month conflict that led to a loss of lives from both sides — the Indian side lost nearly 490 officers, soldiers, and jawans.

In order to commemorate India’s win in the war, Kargil Vijay Diwas is celebrated annually on July 26. However, celebrations are likely to be muted this year in wake of the coronavirus pandemic.

Kargil Vijay Diwas was celebrated across the Union Territories of Jammu Kashmir and Ladakh, with both security forces and civilians remembering the Indian Army’s spectacular victory over Pakistan during 1999 Kargil war and paying homage to soldiers who made supreme sacrifice while liberating Indian territory from the infiltrators. Paying homage to gallant Indian soldiers who fought during Kargil war, Lt Governor of Jammu and Kashmir G C Murmu observed that supreme sacrifices made by the brave soldiers for safeguarding the territorial integrity of the country will continue to inspire the generations to come.

At Northern Command headquarters in Uhampur, the day began with the weath laying ceremony at Dhruva War Memorial by Northern Army Commander Lt General Y K Joshi. The wreaths were laid in the honour of those soldiers who made the supreme sacrifice formthe nation, an army release said, adding officers and men reminisced the gallant action and heroism of the fallen comrades.

Chinar Corps in Kashmir too joined the nation in remembering gallant soldiers who made the supreme sacrifice, service soldiers and the veterans. General Officer Commanding of Chinar Corps, Lt General B S Raju on behalf of all ranks and paid homage of Kargil war heros at Badami Bagh Cantonment in Srinagar. The proceeding included brief narration of the Kargil war, highlighting the saga of courage and valour of the martyrs, prayers by religious teachers and laying of wreath in proud remembrance of the valiant heroes who participated in the operations. More than 100 girls cadets of NCC from Jammu, Srinagar and Leh participated in an interactive session organised online webinar. In the webinar, videos of Kargil war memorial, presentation of Kargil war, national war memorial and Param Vir Chakra awardees were shown. Cadets also participated in online quiz and the pledge taking ceremony. Captain Bana Singh, PVC, who hails from Jammu also shared an audio message which was delivered to cadets during the webinar.

On #KargilVijayDiwas2020, France pays tribute to the Indian armed forces: France always stands alongside India.#Mirage2000 in 1999 to #Rafale in 2020: our partnership touches soaring heights. pic.twitter.com/bIEKIWDFhi

Indian forces combined inspiration and strategy with valour to vanquish Pakistan during the Kargil war despite facing adverse circumstances, BJP president J P Nadda said on Sunday. He said India will forever remember the sacrifices made by Indian soldiers to secure the country's borders.

Speaking at an event on the 21st anniversary of Kargil Vijay Diwas, Nadda also stressed on the BJP's commitment to the welfare of armed forces, saying the defence sector has always received Prime Minister Narendra Modi's special focus. 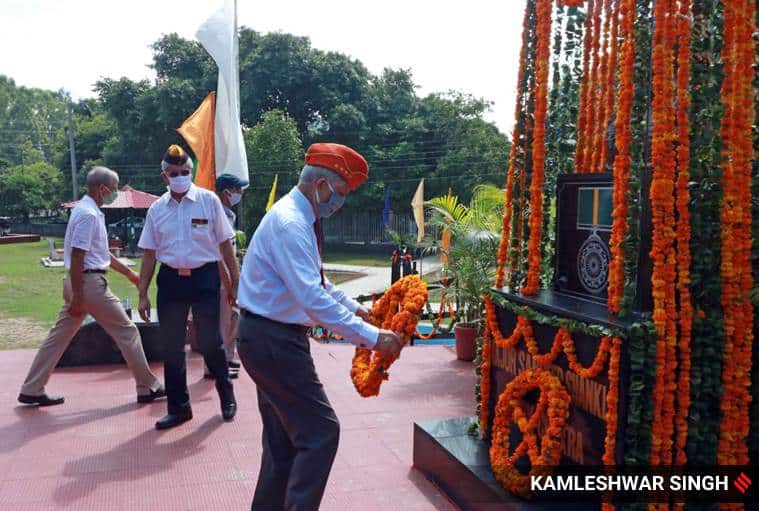 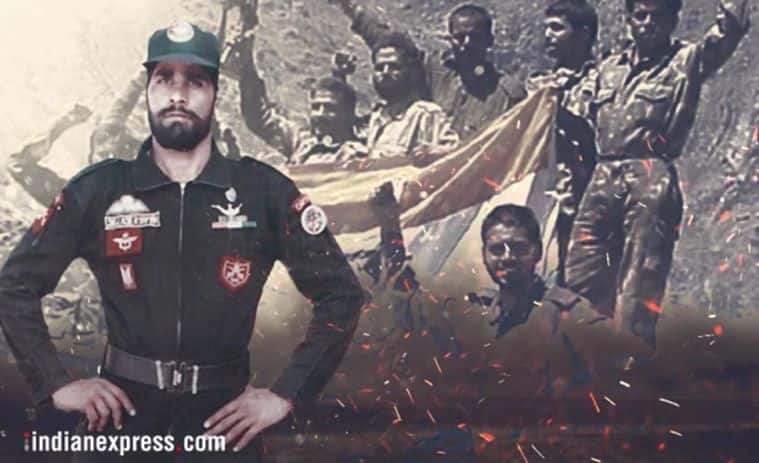 Naik Digendra Kumar served the 2nd Battalion of the Rajputana Rifles during the 1999, Kargil War before retiring in 31st July, 2005. He was awarded the Mahavir Chakra on 15th August 1999, for his heroism in the battlefield. 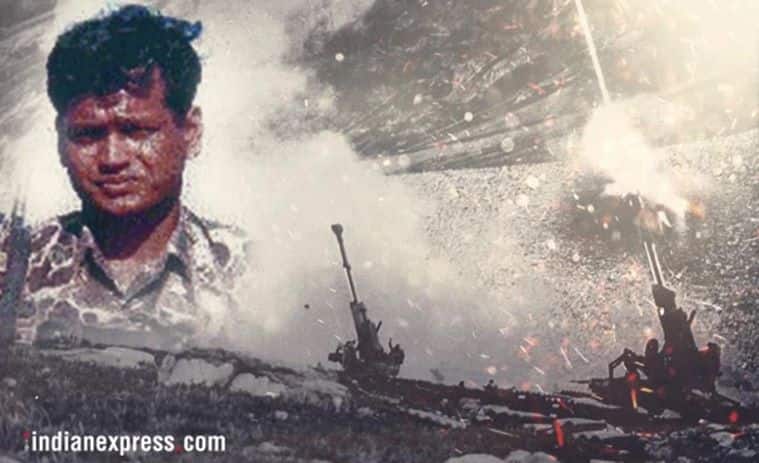 Major Vivek Gupta of the 2nd Battalion, Rajputana Rifles, died in the Kargil conflict on June 12, 1999, after capturing two important posts in the Drass sector. He was flicitated with Maha Vir Chakra for his heroism at the war front. 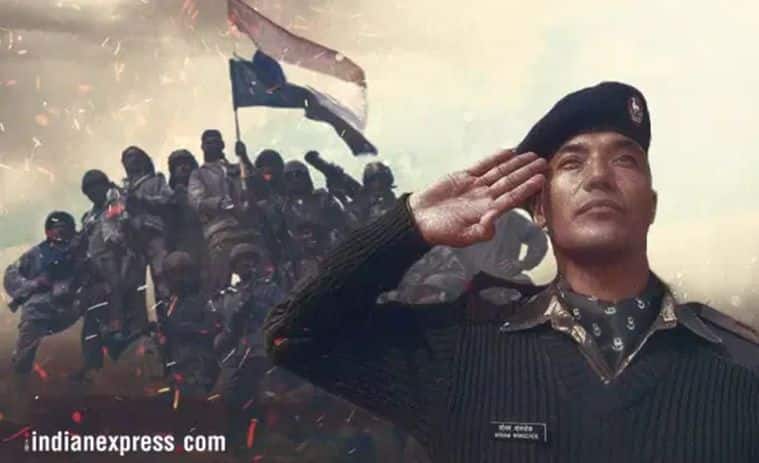 Colonel Sonam Wangchuk is an Indian Army officer serving the Ladakh scouts regiment. In the 1999 Kargil War, then Major Wangchuk led an operation against Pakistani troops on Chorbat La Top, for which he was awarded the Maha Vir Chakra. 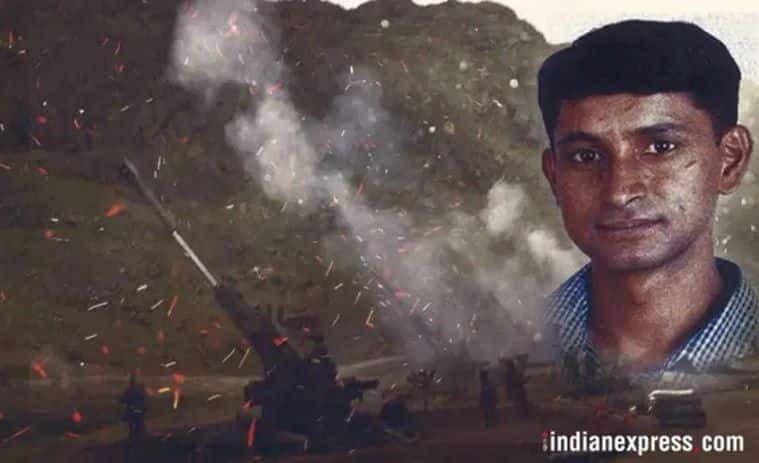 Major Rajesh SIngh Adhikari was an Indian Army Officer who died in the Battle of Tololing on May 30, 1999 during the Kargil War. He was awarded the gallantry honour, Maha Vir Chakra for his bravey in warfare. 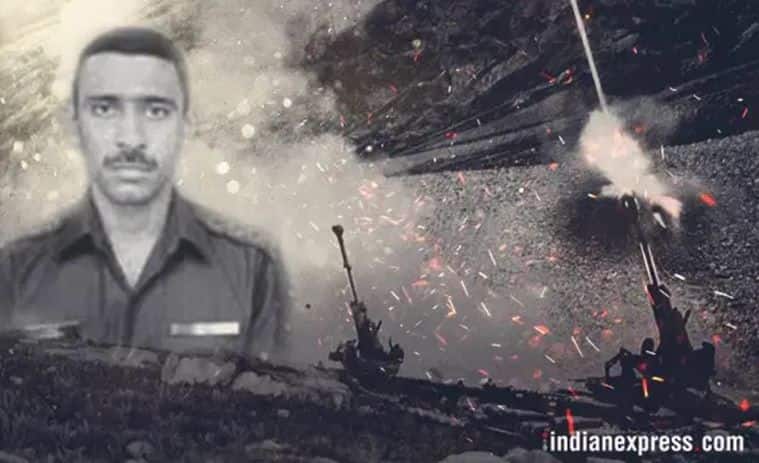 Indian Army Major Padmapani Acharya of the 2nd Battalion, Rajputana Rifles, was killed by the enemy at Lone Hill on June 28, 1999, during the Kargil conflict. He was awarded the Maha Vir Chakra for his heroic act of bravery despite succumbing to injuries. 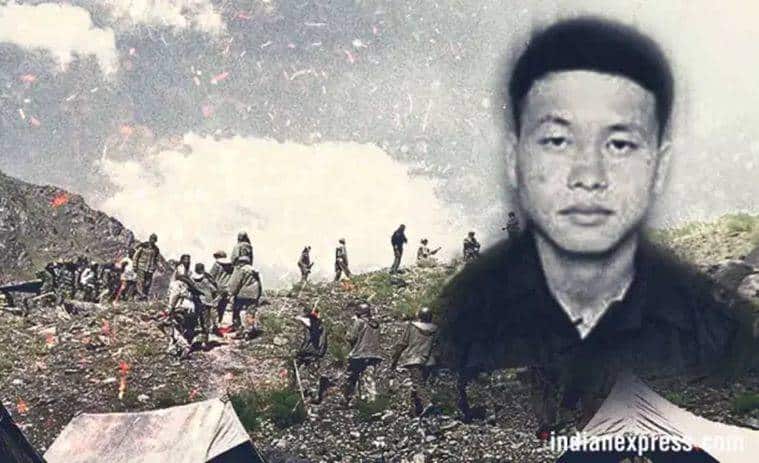 Lieutenant Keishing Clifford Nongrum of the 12th Battalion, Jammu and Kashmir Light Infantry, attained martyrdom on July 1st, 1999 while capturing Point 4812 during the Kargil War. He was honoured with Maha Vir Chakra for his chivalry in the combat operations. 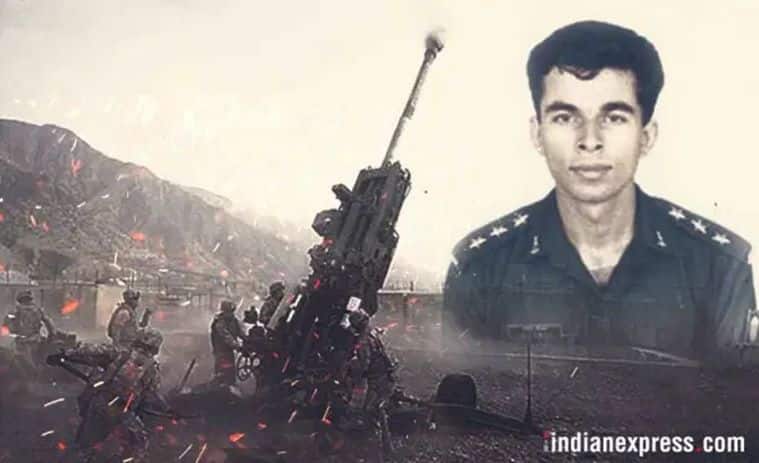 Captain Anuj Nayyar was an Indian Army officer of the 17th Battalion, Jat Regiment, who laid down his life while battling at the Tiger Hill on 7th July 1999 during the Kargil War. He was posthumously awarded the Maha Vir Chakra for his exemplary valour during combat operations.

India is proud of heroes dedicated to protecting the country: Amit Shah

"I bow to the bravehearts, who, with their indomitable courage, drove the enemy from the difficult hills of Kargil and waved the tricolour there again. The country is proud of the heroes of India who are dedicated to protecting the motherland," Union Home Minister Amit Shah tweeted.

Country forever grateful to soldiers who laid down their lives in Kargil war: President

As a tribute to soldiers who fought valiantly and made supreme sacrifice in the Kargil war, President Kovind presented a cheque of Rs 20 lakh to the Army Hospital (R&R), Delhi, to buy equipment that will help doctors and paramedics to combat the Covid-19 pandemic effectively. pic.twitter.com/vdj5fPvrUa

On social media posts or remarks that demoralise soldiers, Modi said: "Sometimes, people forward things that are detrimental to the 'ongoing situation'. They should post things that lift the morale and spirit of Indian soldiers." "I urge all of you to visit www.gallantryaward.gov.in and read about our brave soliders," he added.

Recent visit to Kargil one of the most precious moments in my life: PM Modi

While paying his tributes to the Indian soldiers who died in action during the Kargil war, Modi said, "Friends, at that point in time, I, too, was blessed with the opportunity to go to Kargil and witness the gallantry of our jawans. That day is one of the most precious moments of my life."

The Prime Minister continued: "Twenty-one years ago on this day, our Army won the Kargil war. India was trying to have cordial relations with Pakistan but is said that it is in the nature of the wicked to have enmity with everyone for no reason. Pakistan undertook their misadventure with sinister plans to capture India's land and to divert attention from its internal conflicts."

India wanted good ties with Pakistan but that did not happen: PM Modi

"The the day is very special, as the war happened at a time and in a situation that nobody can forget. India wanted good relations with Pakistan, but that did not happen," Modi said.

"On behalf of our soldiers, I not only salute the soldiers of the Kargil War but also their mothers," PM Modi told the nation.

The Victorious Indian Army Jawans of 18 Grenadiers after recapturing the Tiger Hill in Drass sector of Jammu and Kashmir. (Express archive)

Barely a year after India and Pakistan officially went nuclear with the Pokharan-2 tests in May 1998, India was posed with the unenviable challenge of possible use of nuclear weapons in case of an unintended escalation during the Kargil War. With no experience to fall back upon, it was in the heat of the conflict that India conjured up a ‘primitive’ air delivery system for nuclear weapons on Mirage-2000 fighter jets of the Indian Air Force (IAF).

With the war being limited to the Indian side of the Line of Control (LoC), use of a nuclear weapon was highly unlikely, but the need to be prepared for any contingencies was incumbent upon New Delhi. Although India conducted five nuclear tests in May 1998 to become a declared nuclear power, the structures and processes for development, deployment and employment of nuclear forces were still being put in place.

From the archive: Newsroom to Govt, reporter to father, how Kargil tipoff travelled

While much of what happened during the war on the icy heights of Kargil in 1999 has been extensively debated and analysed, little known are the details of how senior ministers of the Atal Bihari Vajpayee cabinet first learnt of the intrusions in the area. They got to know of it rather fortuitously, after a senior Army officer approached the son of then Foreign Minister Jaswant Singh.