Crew of the first Air India Express flight from the Kannur Airport; flight will take off for Abu Dhabi at 9:55 am. (Express Photo by Vishnu Varma)

The Kannur International Airport (KIAL), the fourth in Kerala, commenced operations from Sunday, with an Air India Express flight taking off to Abu Dhabi. Two flights operated by GoAir are also scheduled to leave for Bengaluru and Thiruvananthapuram later in the day.

The KIAL airport is Kerala’s fourth international airport after Kozhikode, Thiruvananthapuram and Kochi which is set to serve the people of Kannur and Kasaragod districts, who had to earlier depend on the Karippur airport in Kozhikode or the one in Mangalore in coastal Karnataka. While Prime Minister Narendra Modi was initially set to inaugurate the airport, Union Minister for Civil Aviation Suresh Prabhu joined CM Pinarayi Vijayan at the inaugural function.

The Kannur International Airport (KIAL), the fourth in Kerala, commenced operations after the Air India Express flight was flagged off to Abu Dhabi. 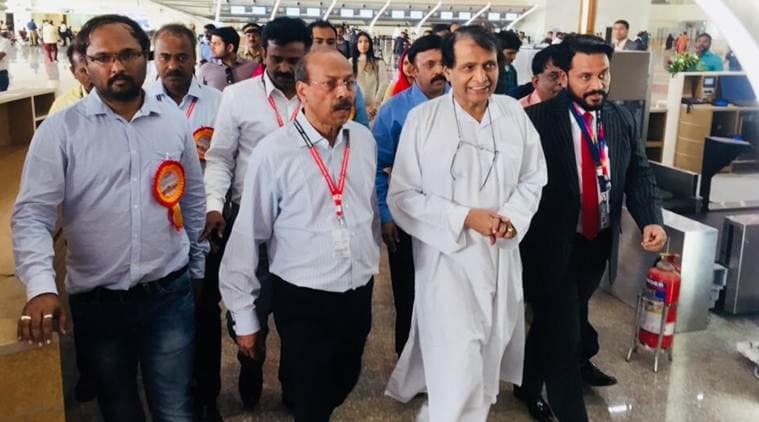 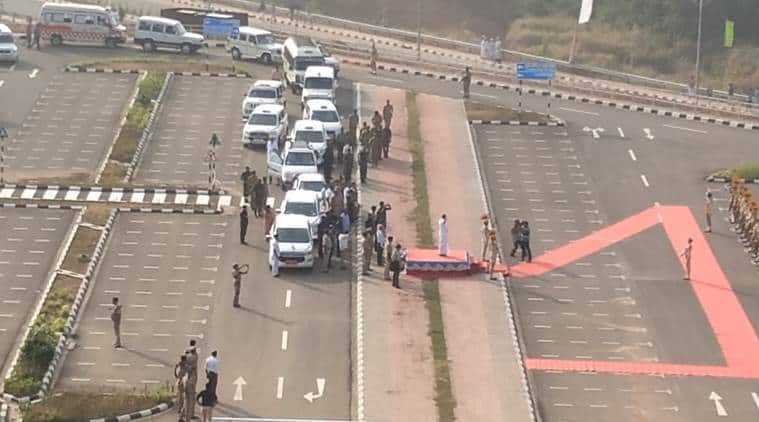 When Kannur airport opens, this father and son will fly into record books

Two years ago, when a 228-Dornier aircraft of the Indian Air Force landed as the first trial flight at the Kannur International Airport, it was Raghunath Nambiar, a native of Kannur, who was in the cockpit that day. On Sunday, when the airport will open for commercial operations, it will be Nambiar’s son Ashwin who will don the role of the First Officer of the first domestic flight landing in Kannur. READ MORE HERE

Former Civil Aviation Minister and Thalassery native CM Ibrahim of the Congress was among the foremost leaders to moot the idea for an airport at Kannur, he served as minister in the Gujral and Deve Gowda ministries @IndianExpress @IeMalayalam pic.twitter.com/KMXEsNUK9I 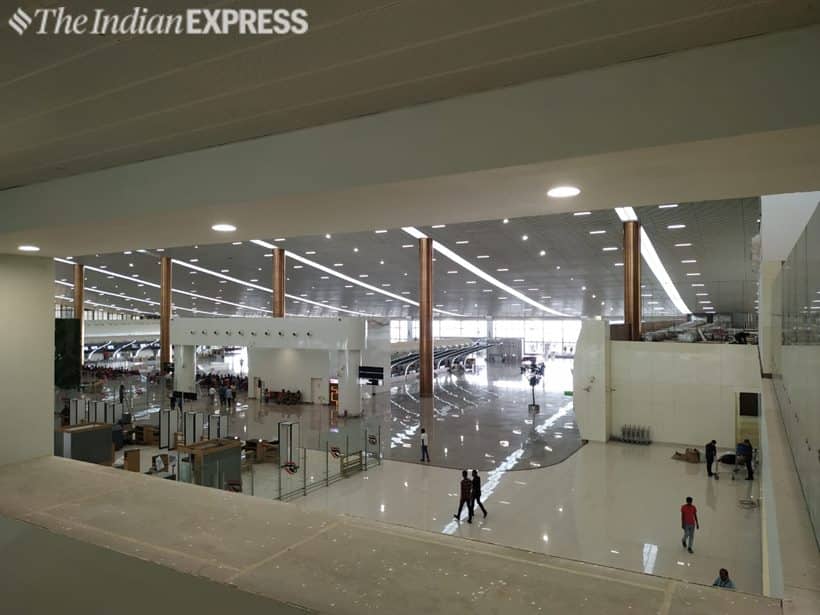 The inaugural Air India Express flight to depart at 9.55 am

Kannur airport to handle up to one million international passengers annualy

The choice of Abu Dhabi and Riyadh for the inaugural flight destinations from Kannur is critical as a large number of people from Malabar in northern Kerala are employed in Gulf Cooperation Council (GCC) countries like UAE, Saudi Arabia and Qatar. In fact, flights from Kochi, Thiruvananthapuram and Kozhikode to these countries witness heavy traffic round-the-year with prices soaring during festivals like Onam, Christmas, Vishu and Eid. Annually, the Kannur airport can handle up to one million international passengers and three lakh domestic fliers.

Full house at the inaugural ceremony

Inaugural Air India Express flight to Abu Dhabi at 9.55 am

Inaugural flight today at #KannurAirport is an Air India Express flight to Abu Dhabi at 9:55 am, followed by GoAir flights to Bengaluru and Thiruvananthapuram @IndianExpress @IeMalayalam pic.twitter.com/n8M4a4ebKv

Locals invited to be part of inaugural festivities

The Kannur International Airport will be inaugurated shortly by Minister of Civil Aviation Suresh Prabhu and chief minister Pinarayi Vijayan. This is the fourth airport of the state after Kozhikode, Thiruvananthapuram and Kochi.

Celebrations begin at the new international airport complex in Kannur, Kerala. Inauguration at 10 am by @vijayanpinarayi & @sureshpprabhu , first flight to take off for Abu Dhabi at 9:55 am @IndianExpress @IeMalayalam pic.twitter.com/Gk9SWX1SoQ

The greenfield airport, built on 2000 acres of land, has the rare distinction of having a 4,000-metre runway, considered massive in civil aviation and comfortable for the take-off and landing of wide-bodied aircraft like Airbus A-380. Only three other airports in the country – New Delhi, Bengaluru and Hyderabad – have 4000-meter runways.

Although commercial operations are set to begin on December 7, charter and military plans have landed at Kannur in recent months. Charter planes carrying BJP national president Amit Shah, Kerala Health Minister KK Shylaja and Union Minister Nitin Gadkari have landed at the airport for the leaders to take part in official and government functions. During the floods in August, Air Force planes had also used the airport’s runway to ferry relief materials.